The moment proved too big for Mito Pereira and turned ugly on final hole.

The 27-year-old from Chile took a one-stroke lead to No. 18 at the PGA Championship at Southern Hills but did not leave its winner on Sunday. Pereira, looking to win his first major, proceed to shoot a double bogey that not only cost him the lead, but the championship all together. His 5-over par in the final round left him a stroke out of the playoff between Justin Thomas and Will Zalatoris. Thomas was seven strokes off the lead to begin the day, and eventually captured his second major by the end of Sunday.

“It’s tough to finish like that,” Pereira said during his post tournament interview on CBS. “I didn’t play really well today, just need a couple more birdies and hit it a little bit better to win. I’m just happy with how the week turned out. On Monday, I just wanted to make the cut. On Sunday, I wanted to win.” 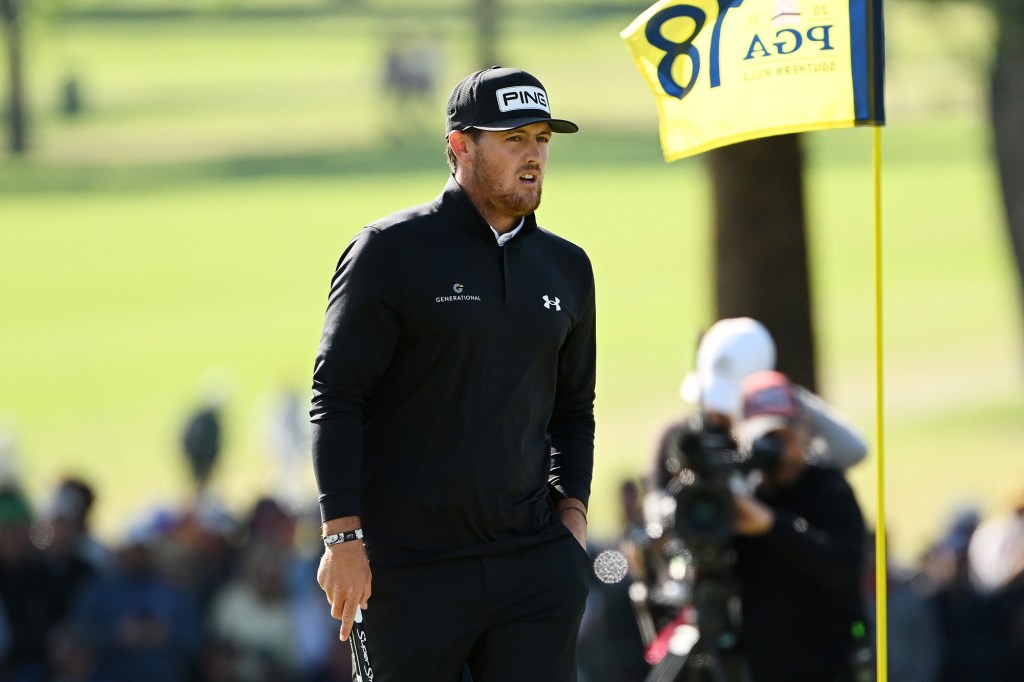 Mito Pereira missed out on a chance to win the PGA Championship on Sunday.Getty Images

Pereira hit his tee shot into the water on 18, took a drop and hit his third shot into the rough and well short of the green. It left him needed to chip in for bogey to reach the playoff, but he was unable to make it happen.

“I wasn’t thinking about the water,” he said. “I hit it in the water. It’s weird that it went in. But I guess you have so much pressure in your body that you don’t know what you’re doing.”