Michael Caine, 89, spotted out and about following major spinal surgery

The two-time Oscar-winner, 89, used a walking frame to maneuver around the British capital while running errands with his wife, Shakira, 75, on Wednesday.

Caine kept a tight hold of his mobility device as he puttered along the sidewalk and stayed close to his spouse of 49 years.

The longtime couple was accompanied by a minder, who was later seen helping the “Italian Job” star into an awaiting vehicle.

Caine covered up in a cap and black anorak while out and about, with pedestrians seemingly unaware that they were passing by a two-time Oscar-winning icon.

The outing comes after Shakira told reporters back in March that her husband was recovering from major back surgery to treat spinal stenosis — a condition caused by the narrowing of the spinal canal, resulting in back and neck pain. It’s believed he underwent the procedure at a private hospital in London. 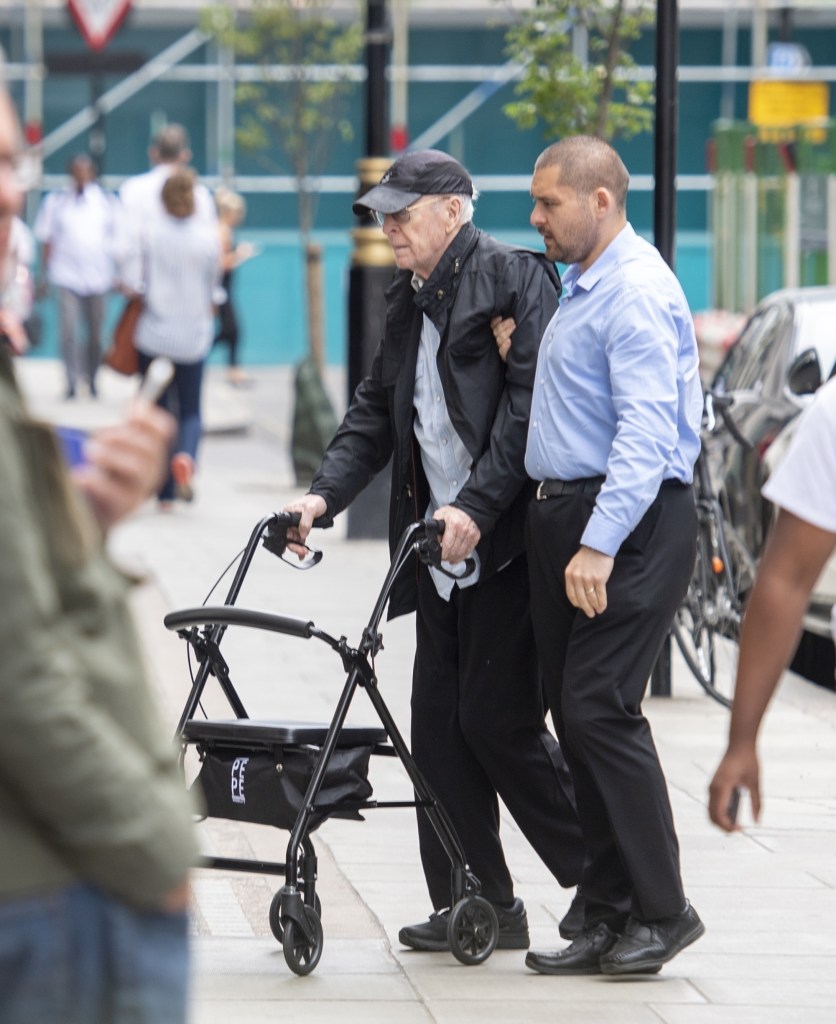 Caine wore a cap and black anorak on the excursion.MJ Pictures / BACKGRID 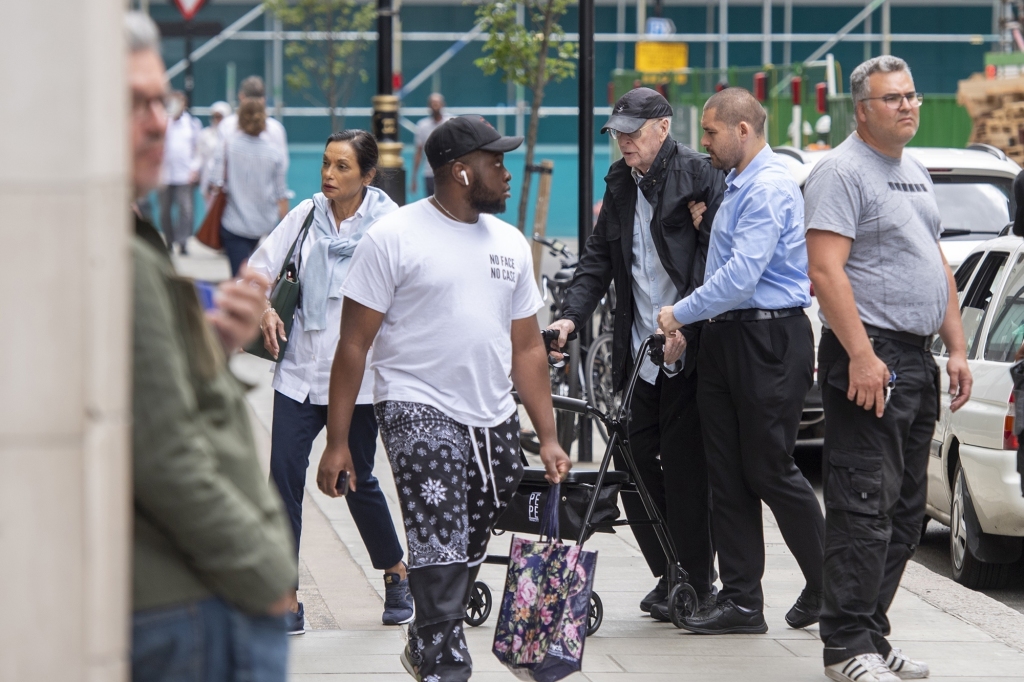 Caine had a solid grip on his walking frame as he moved along the sidewalk.MJ Pictures / BACKGRID

“He had a back operation quite recently,” Shakira told the Daily Mail on March 1. “He’s recovering. He’s a strong man. He’s a lion, actually.”

She added: “The operation was fantastic. He’ll be up and dancing again soon.”

Caine previously spoke out about his back issues last October in comments that sparked speculation that he was set to retire.

Speaking of his role alongside Aubrey Plaza in the comedy “Best Sellers,” the star told BBC podcast “Kermode and Mayo’s Film Review”: “Funnily enough, it has turned out to be what is my last part really. Because I haven’t worked for two years, and I have a spine problem which affects my legs, so I can’t walk very well.” 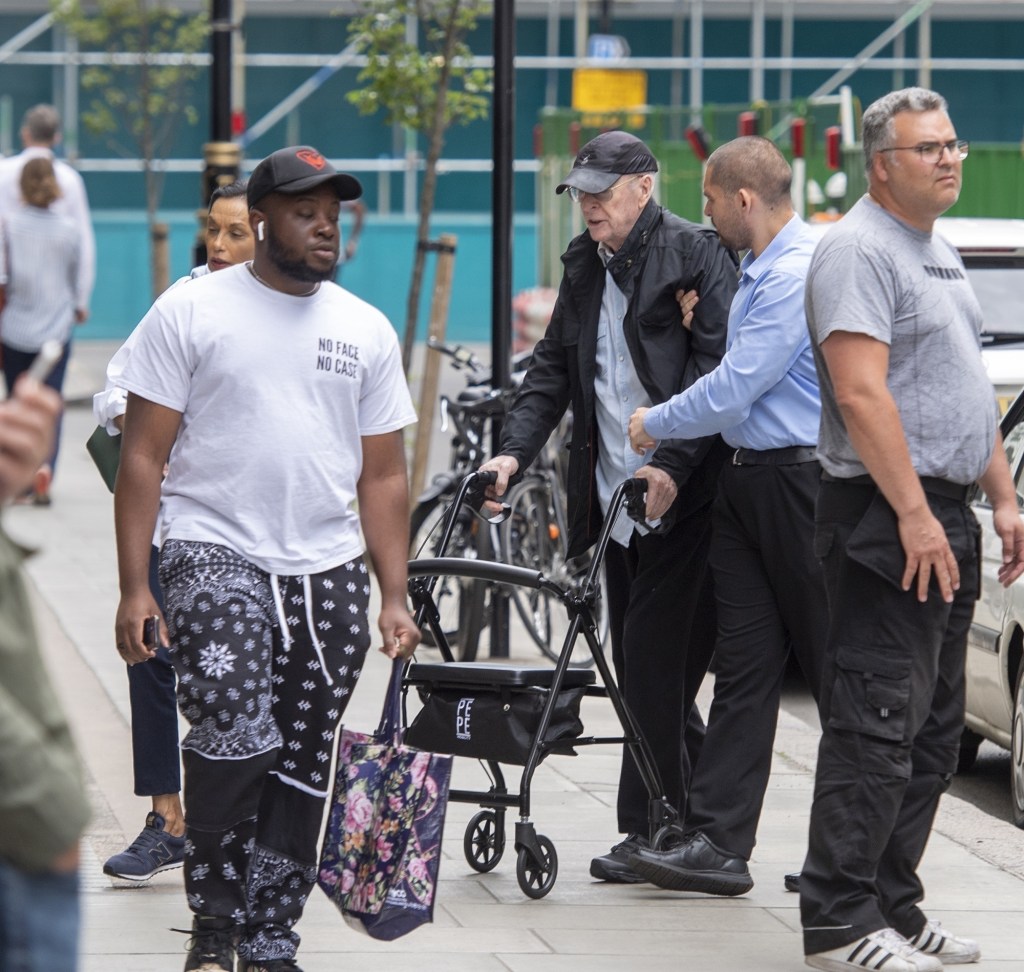 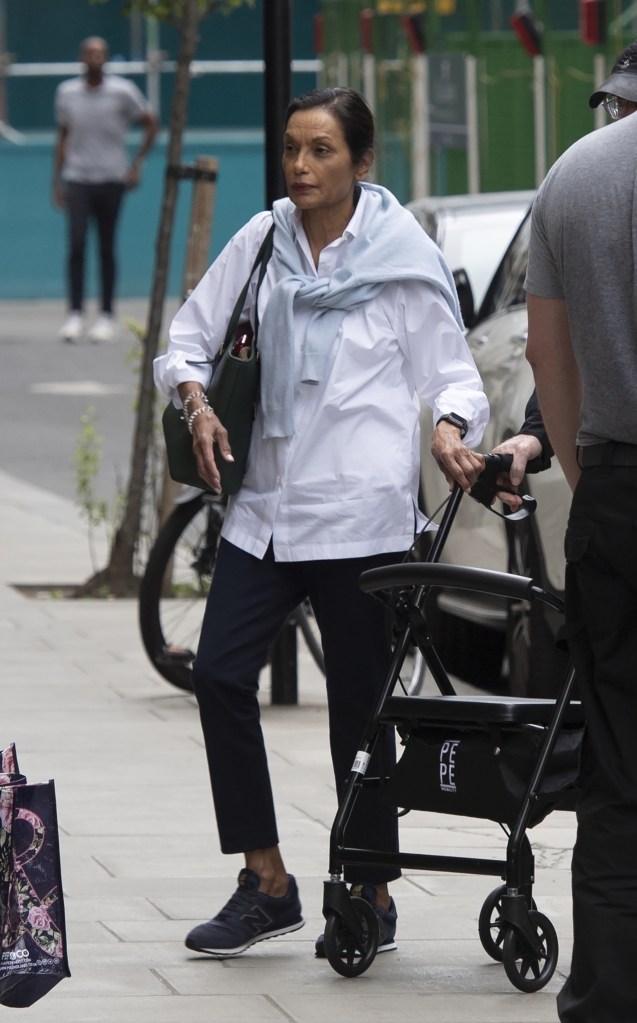 He was seen running errands with his wife, Shakira (above) on Wednesday.MJ Pictures / BACKGRID

“The Dark Knight” star Caine later took to Twitter, denying that his comments meant that he was quitting the film biz.

“I haven’t retired and not a lot of people know that,” he tweeted on Oct. 16.

“Regarding retirement, I’ve spent over 50 years getting up at 6 a.m. to make movies, and I’m not getting rid of my alarm clock!” he later told Variety. 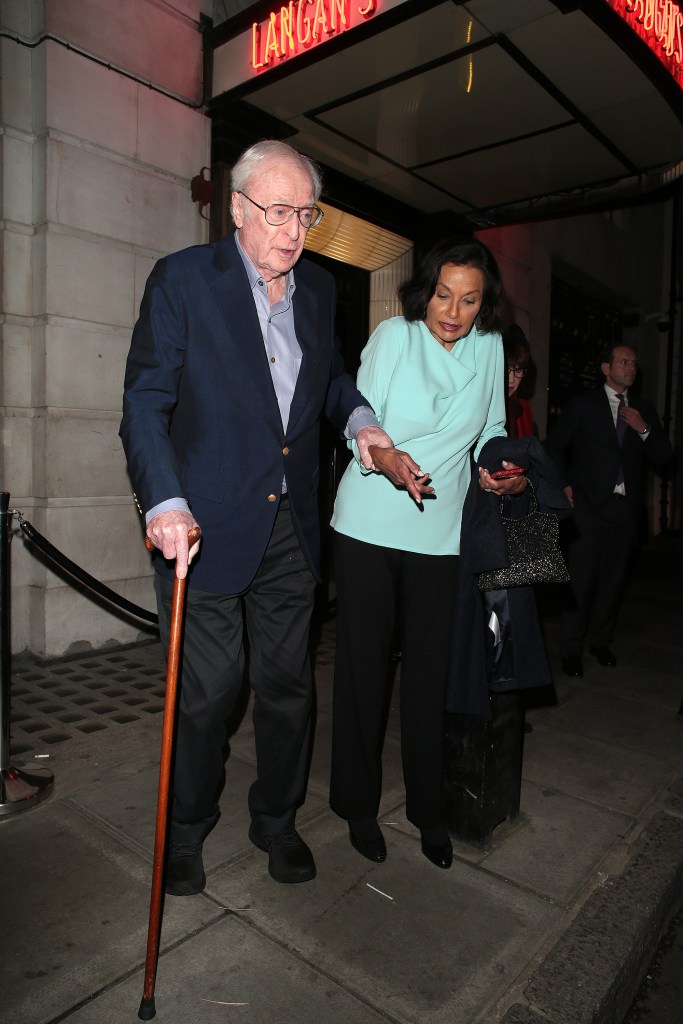 Caine is pictured out with his wife Shakira in December last year. The actor frequently uses a walking stick when out and about. GC Images

Caine has been using both a walking stick and a walking frame since breaking his ankle back in early 2018.

After the accident, the star made international headlines after Beatles icon Paul McCartney was seen pushing him around in a wheelchair.

However, the courageous star was soon back at work, seen on the set of Christopher Nolan’s movie “Tenet.” In the years since, he has also starred in the crime thriller “Twist,” as well as last year’s “Best Sellers.” 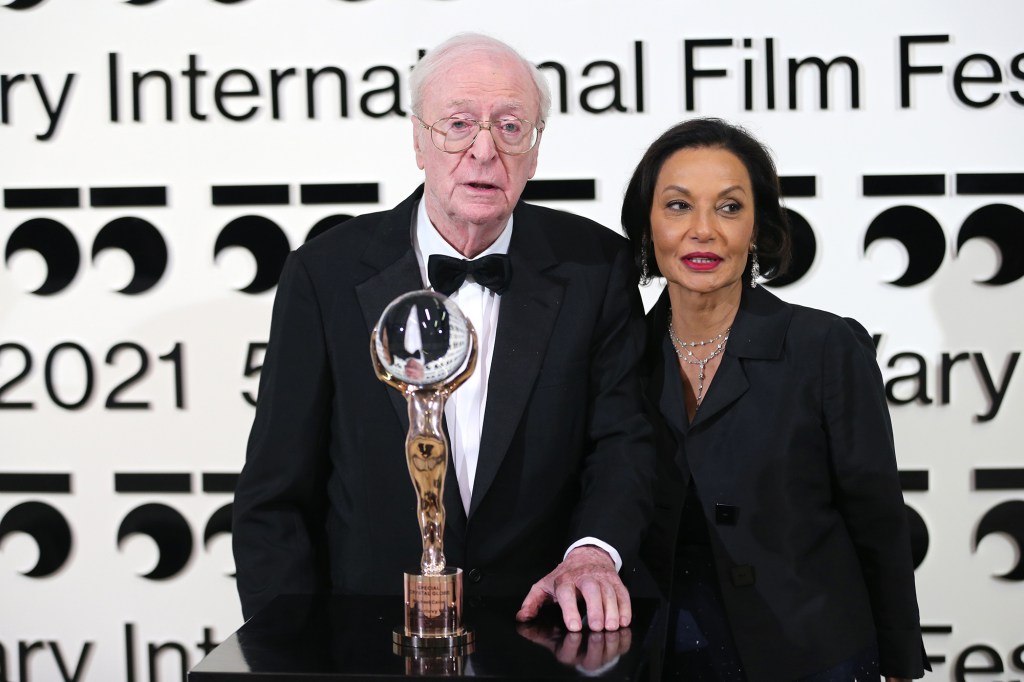 Caine is pictured in August last year alongside his longtime wife, Shakira. The couple has been married since 1973.Getty Images

Caine currently resides with Shakira in London, close to their adult daughter, Natasha, 48.

The actor also has another daughter, 66-year-old Dominique Caine, from his first marriage to actress Patricia Haines.