Mookie Wilson’s appearance at Mets fantasy camp this month in Port St. Lucie, Fla., was a different experience for him than in past years.

Not only was the popular former outfielder a familiar face who evoked memories of the franchise’s last World Series winner in 1986, more importantly he ensured everybody got fed.

Meet Mookie Wilson of Legacy Catering, a business founded this year by Wilson and his family.

Wilson, 66, considers it the perfect fit for himself, three brothers and son-in-law. In addition, Wilson’s stepson Preston — a former Mets outfielder (he was traded to the Marlins in the deal that brought Mike Piazza to Queens) — serves as the CEO. The mobile catering business travels the East Coast for various events. 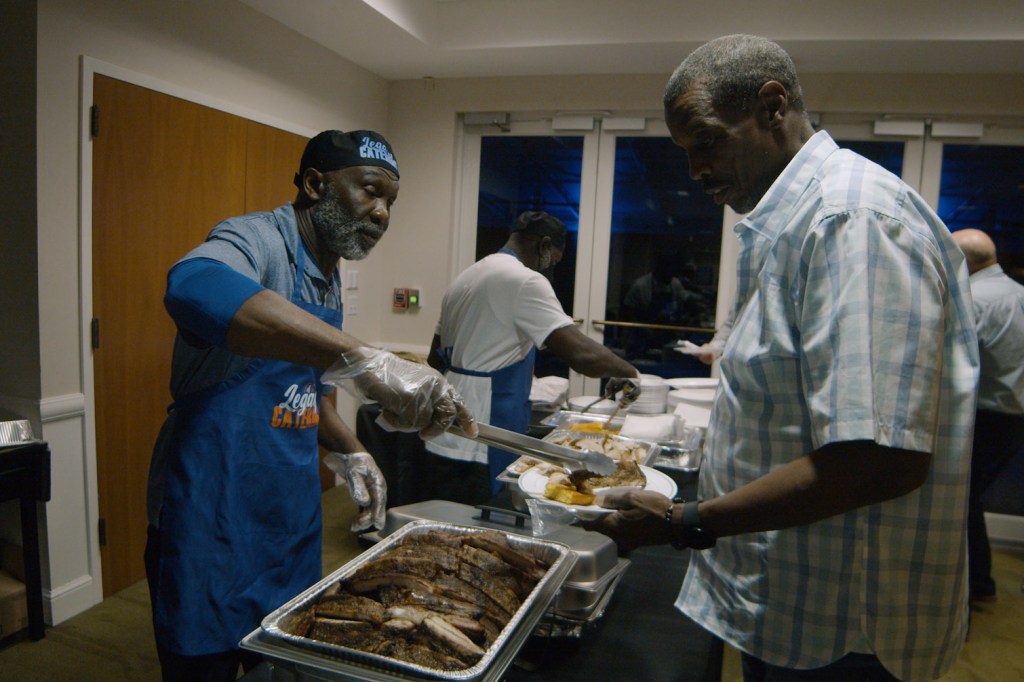 Mookie Wilson serves up a meal he cooked to Doc Gooden at a recent Mets fantasy camp.New York Mets

“My brothers were getting ready to retire from their normal jobs and I’m semi-retired, so we tried to find something we could do together to keep us moving,” Wilson said. “All of us, we love to cook. It’s a family thing. We’ve been cooking for years for churches and organizations. We wanted to do something different. We didn’t want a restaurant. I wanted to move around, so we decided to try something mobile.”

The “Legacy” name is a tribute to Wilson’s mother, whose recipes are used. Wilson said specialties include Southern cuisine, macaroni and cheese, rice dishes and candy yams.

Growing up in a large family, Wilson said he and his brothers had little choice but to familiarize themselves with the kitchen. 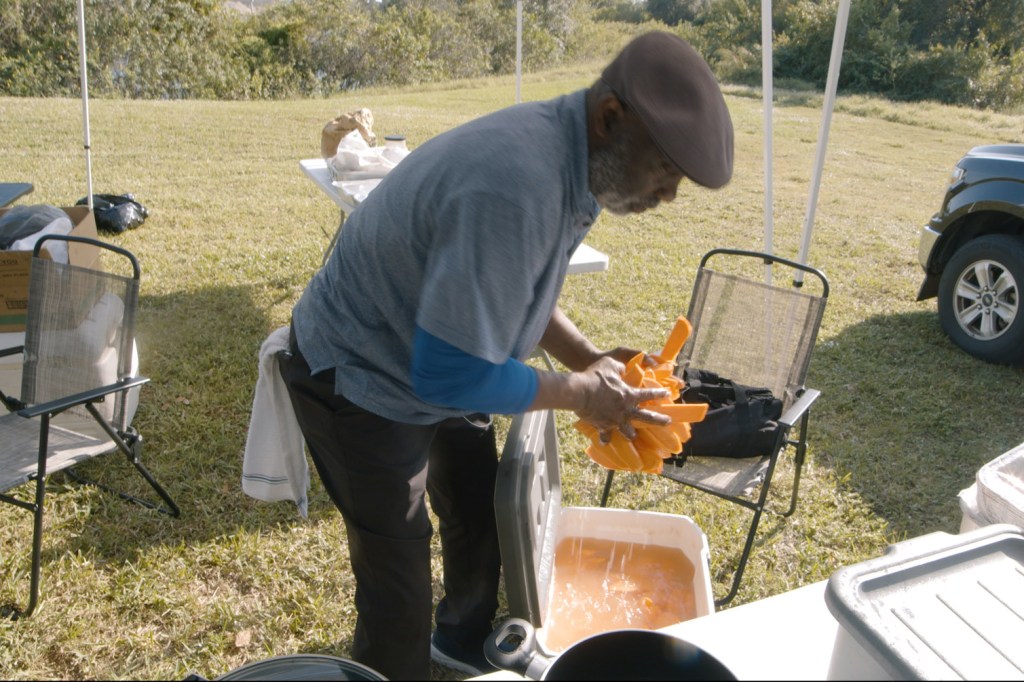 Mookie Wilson says his love of cooking goes back to his youth in South Carolina.New York Mets

“When you have a family of 12, half go to church and the other half stay home and cook,” said Wilson, a Bamberg, S.C., native. “That’s the way it was, because the car couldn’t carry all of us. Somebody had to stay home. When I was playing in the minor leagues and in the big leagues in spring training, during my off time that’s what I did, I just experimented with certain dishes.”

Legacy’s first big event was a tailgate before a Hudson Valley Renegades game in September. Wilson’s traveling kitchen is an open-air trailer that was designed by the family and has 11,000 square inches of cooking space. A tent can be placed over the top if there is bad weather. Ovens, smokers and fryers are all onboard.

The Mets fantasy camp presented a unique challenge for Wilson and his family in that it involved serving four meals over as many days. Food was cooked on the trailer outside the facility and walked inside to serve 170-220 people on a given day. Dwight Gooden, Ed Lynch, Endy Chavez, Lenny Harris and Glendon Rusch were among the former Mets who indulged. The final meal was a Thanksgiving spread that included smoked turkey.

“My family totally enjoyed it because we’re used to cooking for people that we know,” Wilson said. “This was the first time they really experienced people they didn’t know, but people from my world, and it was just so much fun. The one thing we enjoyed truly was watching people enjoy the food, and those people can eat. They ate a lot. When they came around for the second and third helpings, that was really the good test. That was a good sign.” 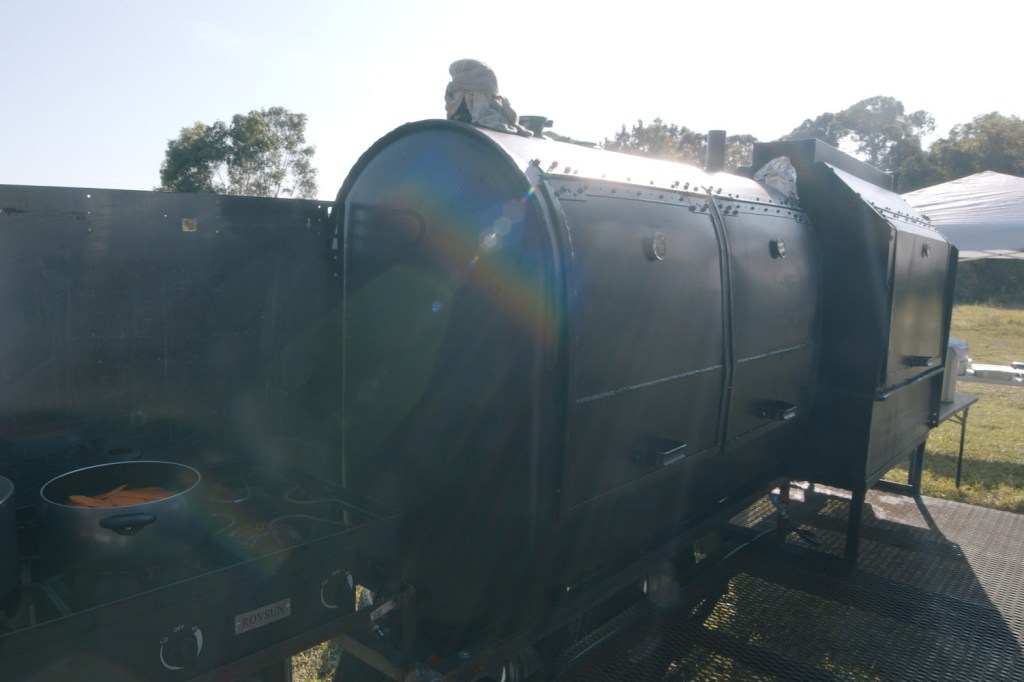 Legacy already has several events in the works for next spring and summer, according Wilson, including a potential stop at the Mets’ Triple-A affiliate in Syracuse. Wilson is hoping he can eventually display his cooking talents in the parking lot at Citi Field.

Still a Mets ambassador who occasionally appears at the ballpark, Wilson is enamored with the direction in which the team is headed.

“The club really exceeded what I thought they would do last year,” Wilson said. “But it was good to see the growth of the young players, and that’s what you have to look for. I think we’re in real good shape for years to come.”

If you’re going to the upcoming Queens Baseball Convention on Dec. 3, Post Sports+ members get 25% off a HOJO autograph and premium New York Post archive print upon check-in with promo code: QBCSPORTSPLUS25. Click here to find more details and activate your discount.

Beltran and the ballot

Carlos Beltran’s career numbers compare strongly to those of Hall of Famer Andre Dawson and Beltran’s postseason resume is among the strongest of any player in his generation, only adding to his case for a plaque in Cooperstown. 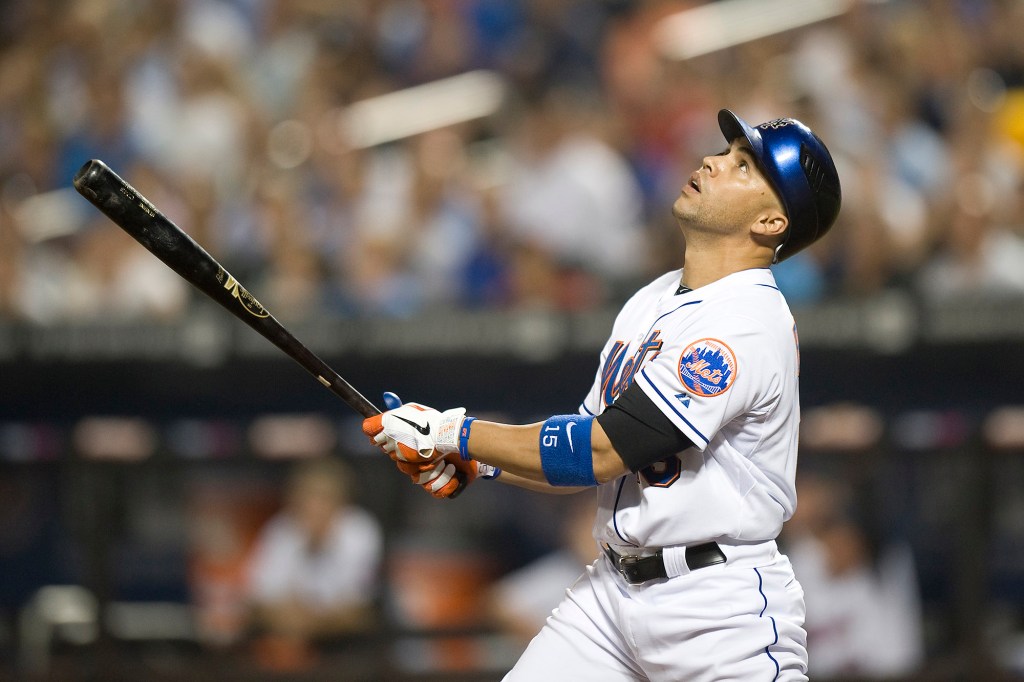 Carlos Beltran’s Hall of Fame case is complicated by his connection to the Astros cheating scandal.Anthony J. Causi

You just wonder how long the former Mets outfielder — who now is appearing on his first Hall of Fame ballot — will have to wait for the honor because of his role in the Astros’ sign-stealing scheme.

Timing is everything, and Beltran has the misfortune of appearing on the ballot so soon after the Astros’ shenanigans. By the time players such as Jose Altuve and Carlos Correa retire and become eligible for the Hall of Fame, memories will have faded.

Former Mets closer Billy Wagner received 51 percent of the vote last year, continuing his steady climb toward election. Candidates need 75 percent of the vote from the Baseball Writers’ Association of America. If Wagner can reach 60 percent this year, it would place him on solid footing for his final two years of eligibility on the BBWAA ballot.

Mets assistant hitting coach Jeremy Barnes is said to be a hot commodity this offseason, and team officials are considering a change in job title that might keep him from leaving. Last offseason, the Mets hired Eric Chavez as the hitting coach and Barnes, respected for his analytical approach, moved from player development into the No. 2 hitting coach role. It is unclear whether the Mets are considering elevating Barnes to the top spot and reassigning Chavez, but the coaching staff is still in flux.

Beltran was recently contacted to gauge his potential interest in a coaching job, but indicated he was not interested in serving in that role.

A dinner worth trumpeting 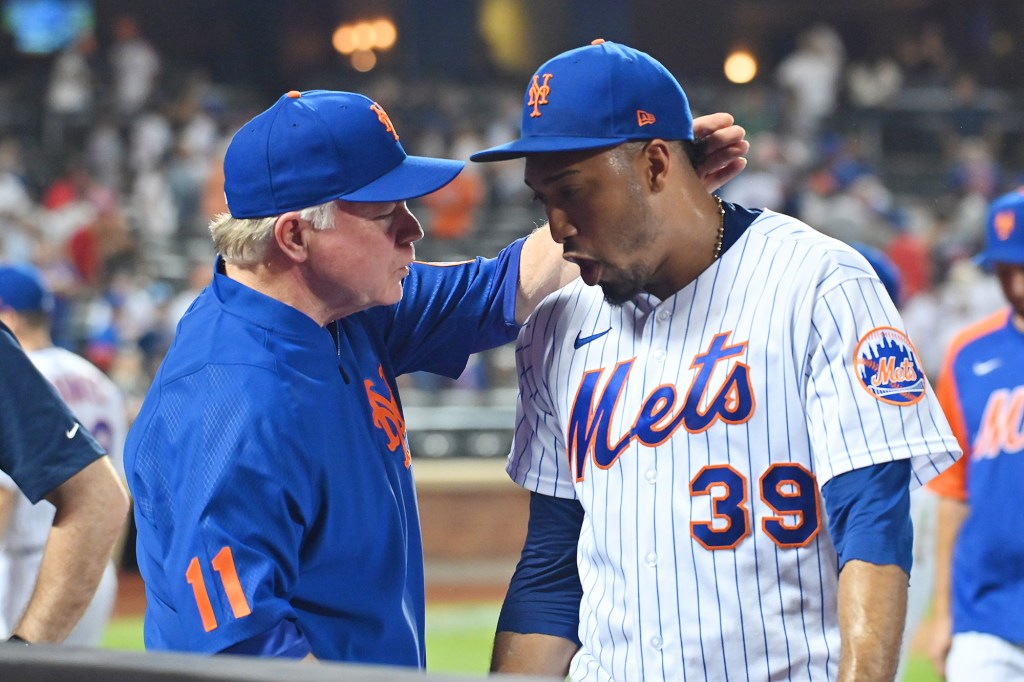 After a two-year absence, the New York chapter Baseball Writers’ dinner is returning to the Hilton in midtown Manhattan on Jan. 28.

The Mets will be represented by Buck Showalter (who will be presented with his National League Manager of the Year award) and Edwin Diaz, who was selected as the “Good Guy” award winner for his interactions with the media.

Mets radio voice Howie Rose and Post columnist Mike Vaccaro are among the honorees. Though this is a Mets newsletter, we’ll also mention that Aaron Judge will be presented with his American League MVP award.

Ticket information is available at NYBBWAA.com. Washington Wizards WAGs have wild night out in...