Joey Lucchesi hasn’t pitched for the Mets in more than a year, but he is hardly a forgotten man.

The left-hander, who had Tommy John surgery in June 2021, is nearing a minor league rehab assignment, according to manager Buck Showalter, and at some point could be considered for a role in the Mets’ bullpen.

“His arm is proceeding well — he had a little something other than arm that gave him a day or two [off], like we all do in normal life,” Showalter said before the Mets beat the Braves, 5-2, at Citi Field. “If he can continue down the path he is on, he’s going to be an option for us this year.”

As for when Lucchesi might begin that rehab assignment, Showalter said the lefty has moved to the “close to” list.

“I look at [the reports] every day because he is a guy that caught my eye in the spring,” Showalter said. “I think he’s got a chance to help us this year, next year, I like Joey.” 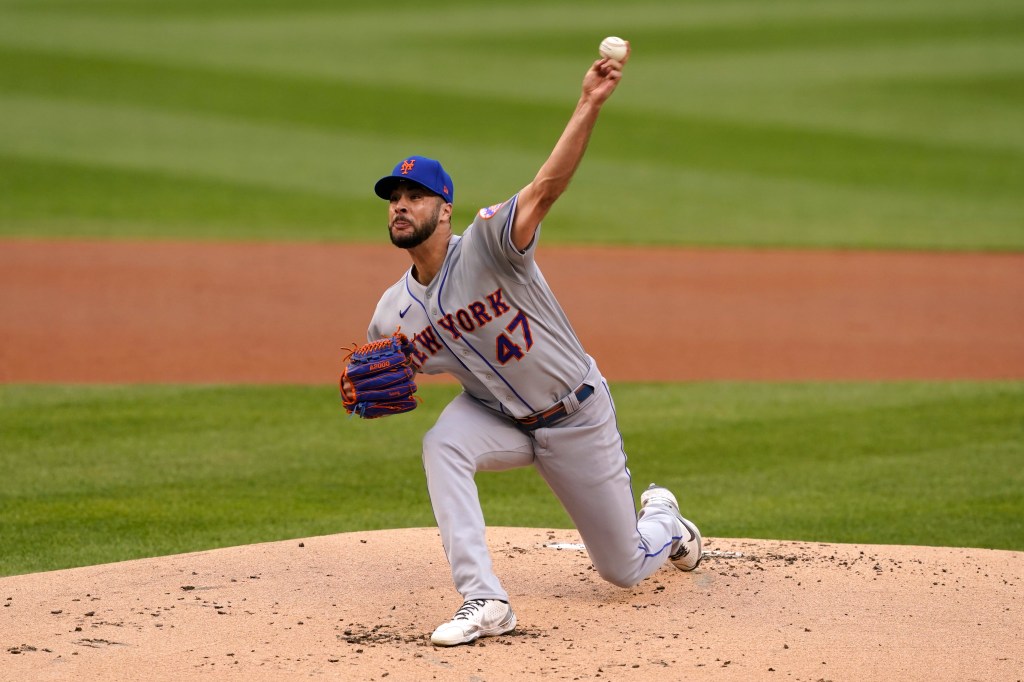 David Peterson could also become a lefty relief option before the season concludes, but the Mets are trying to walk a tightrope by keeping him stretched out in case a need arises in the rotation. Peterson started the first game of a doubleheader on Saturday against the Braves. It’s expected he will start one of the doubleheader games in Philadelphia on Aug. 20.

The Mets’ lone lefty relief option — after failing to address the spot at the trade deadline — is Joely Rodriguez, who has largely been a disappointment. Rodriguez stepped up Sunday, however, giving the Mets 2 ¹/₃ innings of scoreless relief, with four strikeouts.

Justin Dunn, the scheduled starter for the Reds on Monday at Citi Field, was the Mets’ first-round pick (No. 19 overall) in the 2016 draft and was later traded to the Mariners in the deal that brought Edwin Diaz and Robinson Cano to Queens. The Mariners traded Dunn to the Reds during spring training. The right-hander will be making his Reds debut after he opened the season on the 60-day injured list with a shoulder strain.

Diaz, who struck out the side in the ninth, leads all major league relievers with 14 games this season with at least three strikeouts.

The Mets finished 9-2 in an 11-game stretch against division rivals. They have won or tied their first 15 series against division foes, which is the third-longest streak by a team to start the season since divisional play was instituted in 1969. Joely Rodriguez a ‘key to the game’ in extended...