The Mets lost two regulars in the span of a half-inning Friday night.

Eduardo Escobar (left side tightness) and Jeff McNeil (right thumb laceration) came out of the series opener with the Phillies at Citi Field because of injuries in the bottom half of the second inning and top of the third, respectively. 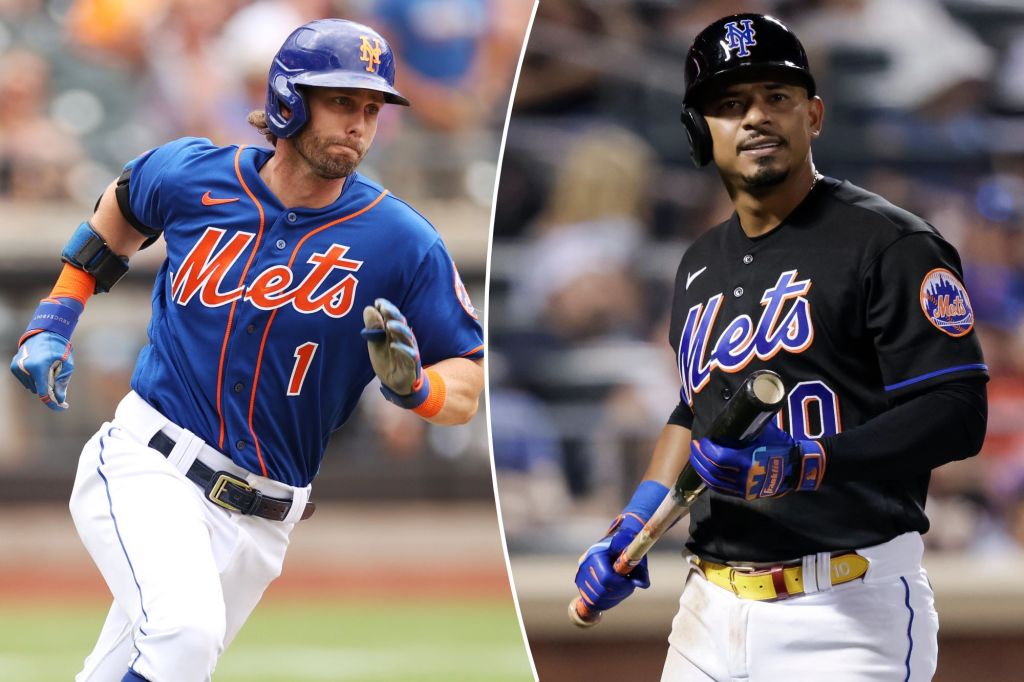 Escobar left for a pinch-hitter in the second inning, after he misplayed two balls in the top half of the frame. McNeil grounded out in the second, and had a mini-collision with first baseman Rhys Hoskins, when he may have suffered the injury.

There was a significant delay to the top of the third, with several Mets players congregating by second base. There was only one change expected, Luis Guillorme for Escobar. But McNeil never came out of the dugout. Tyler Naquin was sent into left field, Canha moved over to third and Guillorme to second.

Canha had only played three games in his big league career at third base, and not since 2016.

Minor league infielders Gosuke Katoh and Deven Marrero were lifted from Triple-A Syracuse’s game as possible replacements if McNeil and Escobar need to go on the Injured List.