WASHINGTON — Max Scherzer had already pitched for the Mets at Nationals Park during opening weekend, so returning wasn’t such a big deal Monday for the former Nationals ace.

The right-hander had to grind on this night, but was still good enough to help the Mets win 7-3 for a seventh straight victory.

“I didn’t throw good first-pitch strikes and wasn’t able to throw good glove-side fastballs, so I need to go to work again and find a happy medium between the two and really get my hand behind the baseball. I have got some work to do before I face Atlanta.” 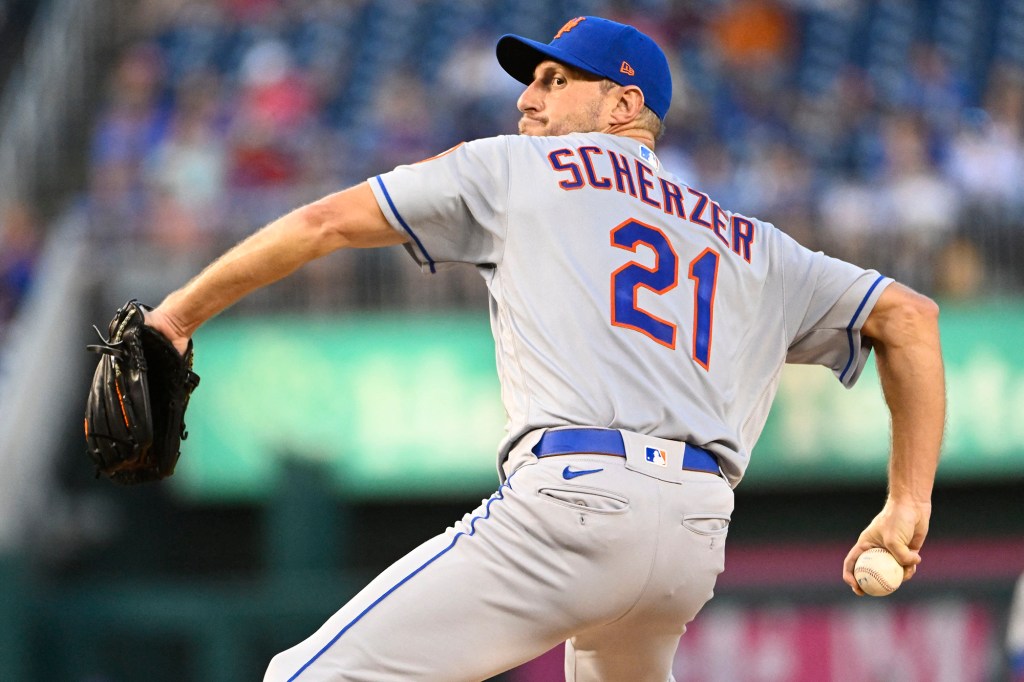 Max Scherzer pitches against the Nationals on Monday.USA TODAY Sports

That start is expected to occur Saturday in a doubleheader at Citi Field.

Buck Showalter praised Scherzer for surviving into the seventh without his best stuff.

“To be able to compete through that was something to watch,” Showalter said. “I kind of enjoy those in a way. They kind of remind another thing why guys like him are different.”

On Tuesday, Scherzer will watch as Jacob deGrom returns to the mound for the Mets in his first regular season start in nearly 13 months.

“We’re all excited,” Scherzer said. “We know how good he is. We want him out there and pitching for us and going out there and seeing what he can do. We’ll all be out there watching and have a big smile on our face, hopefully.”

scherzer after night against nationals
Read The Rest at
nypost.com