Matt Carpenter has shot to be on Yankees’ postseason roster ARLINGTON, Texas — Matt Carpenter’s chances of being on the Yankees’ postseason roster are looking better.

Carpenter, who has been sidelined since he fractured his left foot by fouling a ball off it during a game in Seattle on Aug. 8, had five at-bats Monday at the team’s alternate site at Double-A Somerset in Bridgewater Township, N.J. Manager Aaron Boone said on Tuesday that Carpenter had “definitely put himself in position to be a real candidate [for the playoffs].”

Carpenter might be looked at simply as a left-handed pinch hitter, but Boone didn’t rule out the 36-year-old being able to be more than just a bench player.

“We’ll see what we have as far as [playing] the field goes,’’ Boone said before the Yankees’ doubleheader split. “He’s looking like a real pinch-hitting option off the bench as long as the rest of the week goes well.”

The Yankees opted to send Carpenter to Somerset instead of activating him for the final series of the regular season against the Rangers, because he would only have gotten three or four pinch-hit appearances. 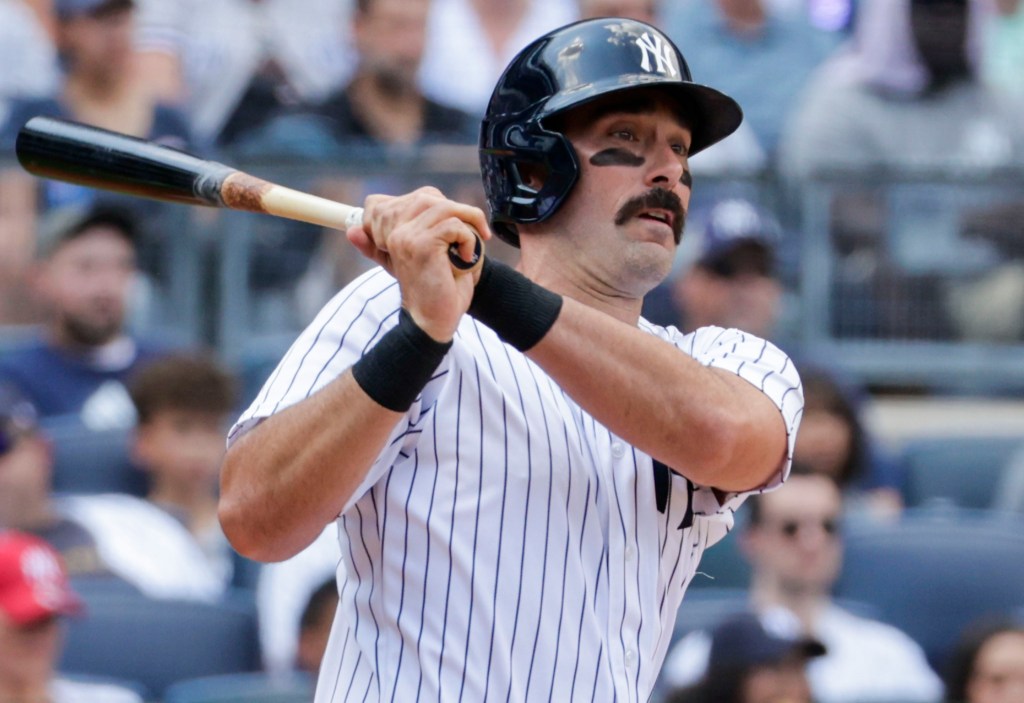 Carpenter exceeded expectations when he signed with the Yankees after asking for his release from the Rangers in May.

Andrew Benintendi, another left-handed hitter picked up by the Yankees midseason, isn’t as far along in his recovery after fracturing the hook of the hamate bone in his right wrist. 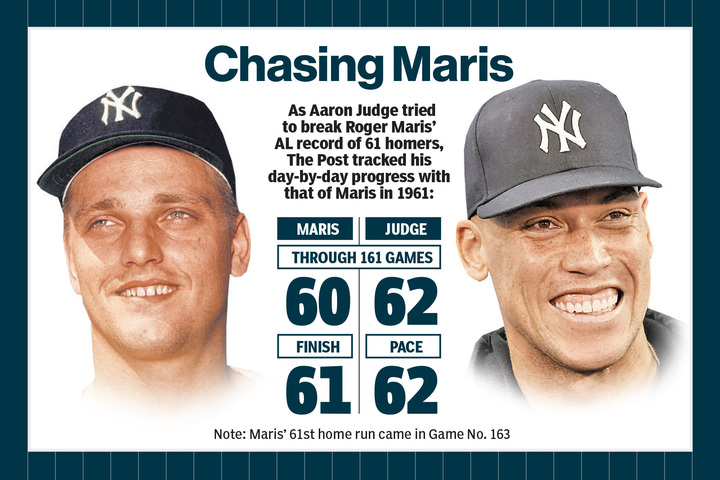 Benintendi, acquired in a trade with the Royals in July, hasn’t taken any live at-bats since the injury.

Asked if he could be in play for the ALDS, Boone said: “We’ll see. That would have to move pretty quickly. … I wouldn’t rule it out. We’ve just got to see how he progresses.”

Boone said the Yankees face “a tough call” when it comes to whether Aroldis Chapman will be on the postseason roster.

He gave the Yankees a reason to consider him in the opening game of a doubleheader Tuesday, striking out two in a scoreless seventh inning in a 5-4 win over the Rangers.

“Today helps, to go out there and run through the heart of their order,’’ Boone said. “We’ve seen that [type of] outing more than we’ve seen struggles, but the struggles have been there, as well and you can’t discount that.”

Asked about Chapman’s chances of pitching in the playoffs, Boone was noncommittal. 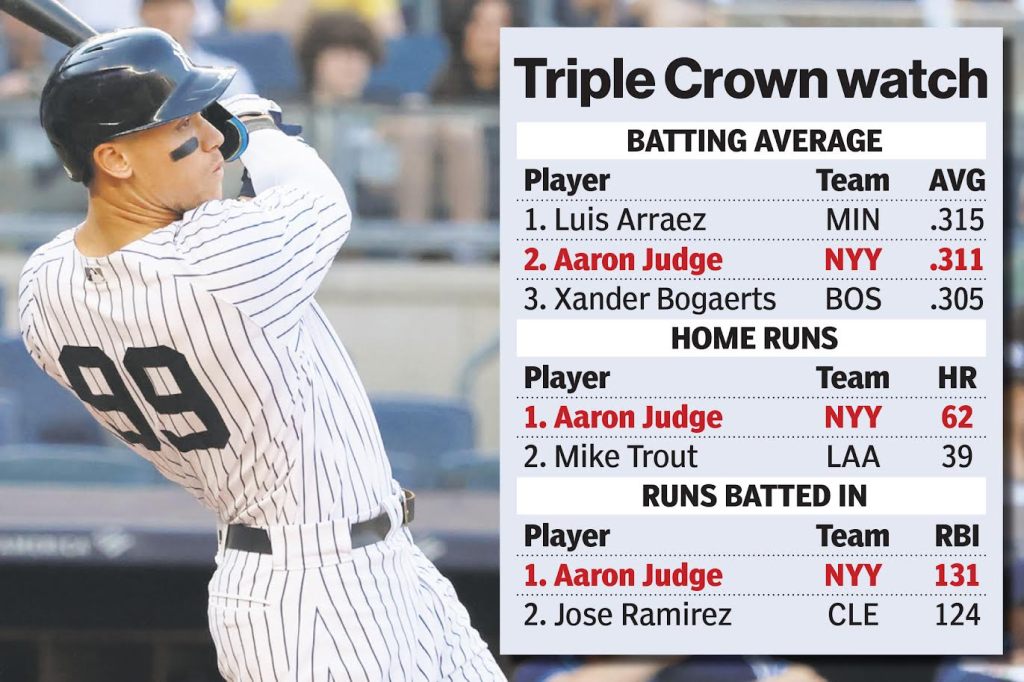 “We’ve got to see all we have,’’ Boone said. “We’ll get through [the regular-season finale Wednesday] and the next couple days and who we’re playing [in the ALDS].”

Chapman had pitched reasonably well since returning from a left leg infection caused by a new tattoo, as he walked three and allowed just one hit over five outings.

But he had crumbled Sunday in The Bronx, walking three and giving up a hit in just one-third of an inning against the Orioles.

“That’s one of the challenges, how hit or miss that it’s been a little bit for him,’’ Boone said.

The manager said before the doubleheader that he hoped Chapman “pitches well and builds a little momentum.”

Giancarlo Stanton homered for a third straight game in Tuesday’s nightcap. … Gleyber Torres, who was scratched from Monday’s lineup with “flu-like symptoms” didn’t play in the doubleheader, but Boone said he might be available Wednesday.

Kyle Higashioka matched his career-high with his 10th homer. He’s hit three homers with a .975 OPS over his last 14 games.

“Typically, I hit a lot of fly balls in my career,’’ Higashioka said. “When balls were really flying, that was a great approach.”

With homers harder to come by this season, Higashioka said, “I could sit and complain about it or make an adjustment.”

That’s led him to have a simpler swing, which has proven to be effective lately.

Greg Weissert was the 29th man for Tuesday’s doubleheader and also pitched a scoreless inning in the opener.