The 25-year-old right winger was going to see a flick with his friend when three armed suspects stole his black Range Rover at the Cineplex theater on The Queensway in Toronto, the Toronto Sun reported, citing police and sources.

“The guys approached wearing masks and said they wanted the vehicle,” a police source told the newspaper.

“Mitch said, ‘go ahead and take it,’” the source added.

Two of the suspects were armed with handguns and the other had a knife, police said.

Marner was left shaken up over the scary encounter, but was not physically injured, police sources told the Sun.

“The suspects did not know it was Marner,” a source told the publication. “They were only interested in the Range Rover, which they can quickly sell out of country.”

No arrests were immediately reported. 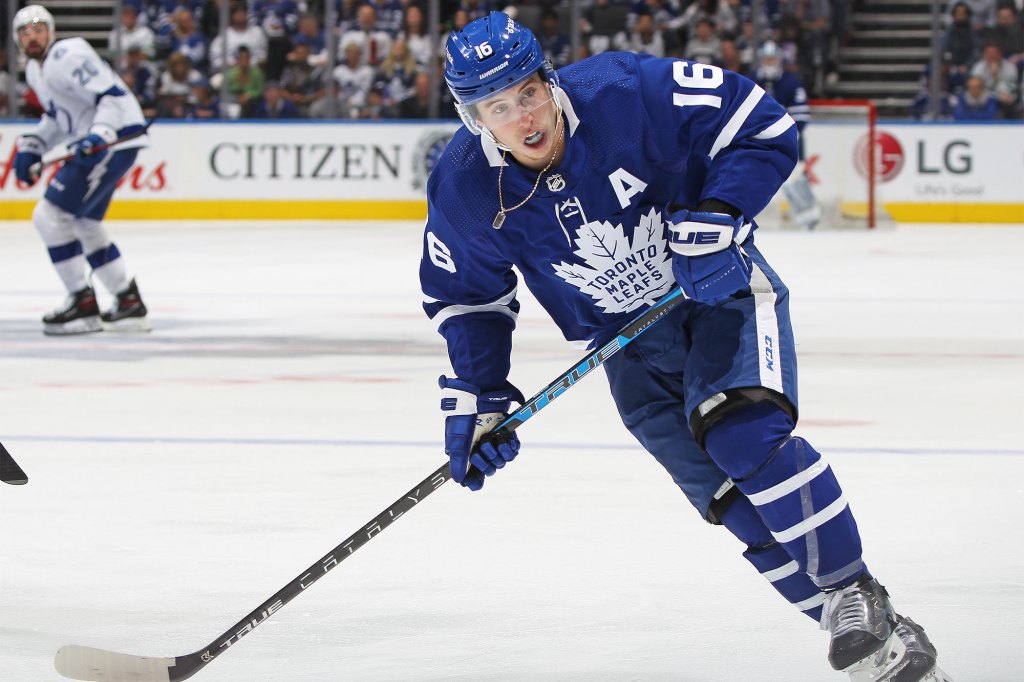 Mitchell Marner of the Toronto Maple Leafs skates against the Tampa Bay Lightning during Game Seven of the First Round of the 2022 Stanley Cup Playoffs.Getty Images

Toronto Mayor John Tory condemned the carjacking in an interview with the Sun.

“My initial reaction is how dare someone do that to anyone in our city. Violence against any resident is unacceptable and I know Toronto Police work incredibly hard to bring those responsible to justice,” the mayor said.

The car theft came after the Maple Leafs were knocked out of the first round of the playoffs on Saturday night by the Tampa Bay Lightning.