The film from MGM’s Orion Pictures is based on the true story of a Florida reform school that damaged the lives of thousands of children over more than a century. Its protagonist is Elwood Curtis, a Black boy growing up in 1960s Tallahassee who is unfairly sentenced to a juvenile reformatory called the Nickel Academy, then finding himself trapped in a grotesque chamber of horrors.

Tennie will next be seen starring opposite Jason Segel and Harrison Ford in a breakout role on Apple TV+’s comedy series, Shrinking. He is repped by A3 Artists Agency and Atlas Artists. 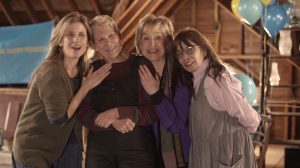 EXCLUSIVE: Quiver Distribution has picked up North American rights to Chantilly Bridge — the sequel to Showtime’s 1993 film Chantilly Lace — from Motion Picture Exchange, slating the pic acquired out of AFM for release in theaters during the first quarter of 2023.

The original film directed by Linda Yellen watches as seven female friends gather multiple times over the course of a year at a vacation home in the Colorado Rockies, seeing their relationships tested as assorted secrets are revealed. The sequel picks up with Chantilly Lace‘s characters 25 years later, as memories of their past implode on the present. With unpredictable humor and searing honesty they confront old resentments, celebrate new milestones, and rediscover the unbreakable bond between friends who knew you when and are there for you now.

Larry Greenberg negotiated the deal for Chantilly Bridge on behalf of Quiver Distribution, with MPX’s SVP of Acquisitions and Sales Ryan Bury on behalf of the filmmakers. MPX will continue to rep the film’s worldwide sales. 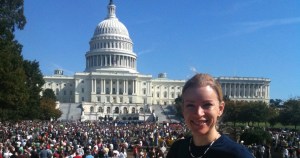 This Is Jessica Freestyle Digital Media

EXCLUSIVE: Freestyle Digital Media has acquired North American rights to the transgender-themed documentary This Is Jessica directed and produced by Andrea Meyerson, slating it for release on VOD on December 13.

The film exec produced by Marsha Naify documents the story of Jessica Bair — assigned male at birth and named Jonathan, while at the same time knowing she was a girl. Being born and raised in the Mormon church, Jessica also knew that saying so out loud could cause her to lose everything. In the quest to find herself, she had to be prepared to lose her family, her faith, her job—and nearly her life. Pic is billed as the story of a woman faced with an impossible choice between the life into which she was born, and the one she was born to live.

This Is Jessica‘s acquisition was negotiated between Freestyle Digital Media and Tiffany Boyle of Ramo Law. Watch the trailer for the Outfest Audience Award winner below.

EXCLUSIVE: Chromatic Black, the collective of 10,000+ Black artists and activists dedicated to building cultural power and transformational justice through storytelling, has announced the winners of the 2022 Ida B. Wells Fund, a competition created to support Black creatives with an investment to develop new original works that disrupt the master narrative.

Winners will receive $15,000 for film project development, in addition to mentorship, master classes, project scaffolding, and community engagement opportunities. Finalists, meanwhile, will receive access to master classes and guidance. More information on the Ida B. Wells Fund can be found here.

EXCLUSIVE: Deadline has an exclusive clip from the noir feature Double Down South, written and directed by Oscar winner Tom Schulman (Dead Poets Society), which is making its East Coast premiere at Dances with Films in New York City on December 3.

The film is set in the dangerous world of illegal, high-stakes keno pool gambling at the turn of the 21st century. It follows Nick (Kim Coates), who owns a run-down plantation house in the rural South and is charmed by the smart and tough Keno ace, Diana (Lili Simmons). Diana wants to win big, and Nick is determined to stake her. Little Nick (Igby Rigney) then strikes up a friendship with Diana and coaches her to win against the odds. Diana must prove herself in a man’s world to earn a match against Beaumont DuBinion (Justin McManus), the undisputed world’s greatest keno pool player, who, it turns out, has a contentious and violent history with Nick.

Double Down South is produced by Rick Wallace, Sara Sometti Michaels and Seth Michaels. Watch the clip from the film below. Greatest Historical Discoveries Of All Time