Look to Cowboys to get you out of Thanksgiving slump NFL Week 12 was a rough roller coaster here in the Tuley’s Takes home office and for a lot of bettors.

Thanksgiving weekend actually started great as I hit with my best bet on the Raiders +7 at the Cowboys in a 36-33 outright upset in OT. But then, after the breaks went my way most of the season with underdogs coming through time and again, my ’dogs went 0-4 against the spread on Sunday with the Titans, Steelers, Vikings and Browns failing to cover and dropping me to 1-4 ATS for the week. The Steelers were clearly the wrong side, but the others had their chances yet came up short.

It’s very small consolation that I wasn’t alone as the consensus plays in the Circa Sports Million and the Westgate SuperContest went 1-4 and 0-5, respectively. The frustrating thing is I usually like to be contrarian with my underdog plays, but the Steelers, Colts and Vikings ended up on those lists of top-5 consensus plays as popular public ’dogs. That’s usually not a good sign, but unfortunately I was already pot-committed because I had made my picks well before knowing the public was overloading the bandwagon.

I won’t make an excuse about having to make my picks earlier because of the holiday because I was still making them Tuesday as in any other week. It was just a matter of the books catching up to us. And it wasn’t like favorites dominated. Dogs actually led 8-7 ATS for the week, but the fact is I just picked the wrong dogs.

At least I cut my losses with my teaser portfolio. (We hope readers have been following those plays all season as they’ve saved us a few weeks like this.) Our top 6-point teaser play was on the Jets +8.5 and Colts +8.5, and both came through, as well as our other combos using the Dolphins +7.5 and Broncos +8.5. 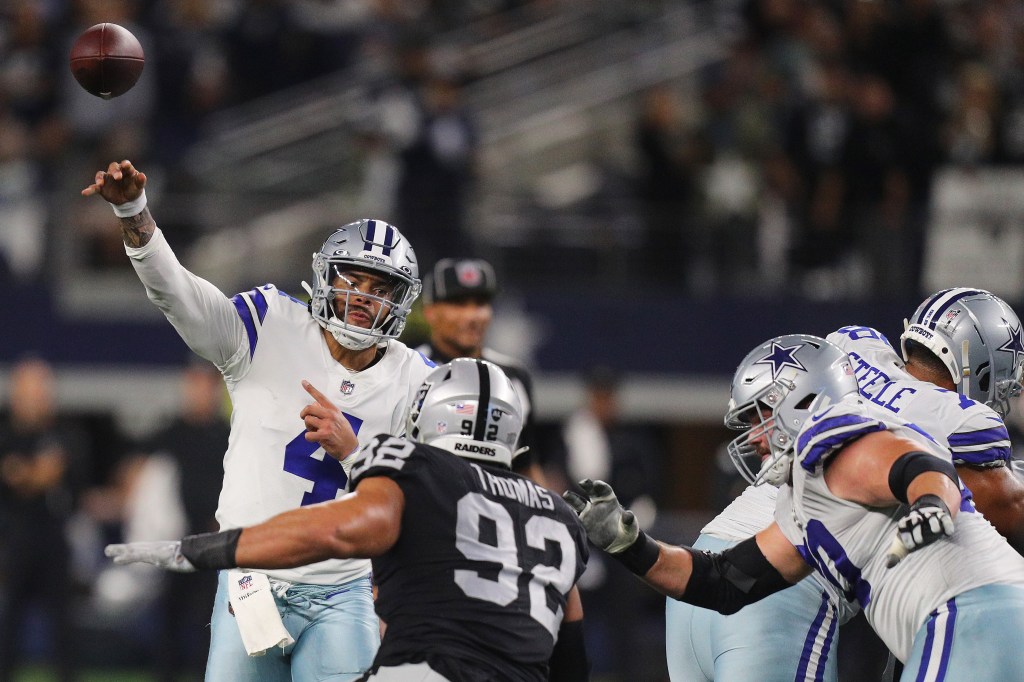 Let’s try to get back on the winning track as we go over the NFL Week 13 card from my dog-or-pass point of view. Per usual, even if I don’t have a strong opinion on a game, I’ll give my pool-play strategy for those in contests in which they have to pick every game.

My takes on college football and other sports appear in “Tuley’s Takes Today,” the daily version of this column, at VSiN.com. We update our best bets during the week depending on how the market is moving, so please check out those columns every morning.

I can’t tell you how many times in the past I would have been all over the Saints as home underdogs in this spot. However, even though the Cowboys’ allegedly improved defense allowed 509 total yards to the Raiders on Thanksgiving, I just can’t trust Trevor Siemian to take advantage. The Saints have lost four straight since their Week 8 upset of the Buccaneers, and I can’t take them with such a short line. I hate to say it, but the Saints miss Jameis Winston — and probably regret not committing to Teddy Bridgewater and letting him get away. The Big Apple has a big poop problem: Survival...