The Lakers star — in his first game back from his one-game suspension for bloodying Pistons forward Isaiah Stewart — had a couple of Pacers fans ejected from Los Angeles’ 126-116 win Wednesday night in Indianapolis. Stewart, who was suspended for two game, was tossed from Monday night’s game for getting into an altercation with James. 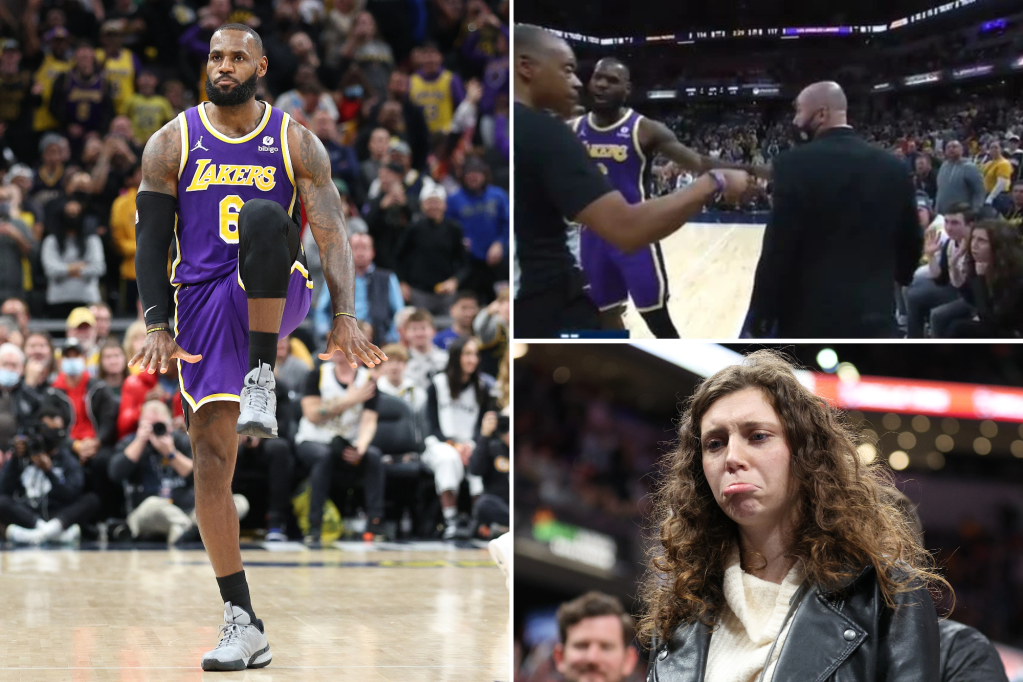 An angry LeBron James pointed out two Pacers fans sitting courtside on Wednesday night. They were immediately ejected from the game and one of them sarcastically pouted on the way out. Getty Images (2), Twitter

On Wednesday, James brought the referees over to two fans sitting courtside at Gainbridge Fieldhouse and angrily pointed at them and yelling, ‘this one right f—king here!” The fans, a young man and woman were then asked to leave with 2:29 left in overtime. While exiting, the female fan was shown on the broadcast doing a sarcastic pout and rubbing away fake tears. It’s unclear what the fans did to anger James.

James also gave the Pacers and their fans plenty to be unhappy about on the court with the Lakers playing without Anthony Davis (flu-like symptoms). He finished with 37 points on 13 of 29 shooting and had six assists and five rebounds while hitting two backbreaking 3-pointers in the extra session to help even the Lakers’ record at 10-10. Rangers show Islanders they can dominate...