The Knicks need Obi Toppin to rediscover his outside shot again after a recent slump has negated his hot start to the season.

Toppin was connecting at a 42.4 percent clip (25-for-59) from 3-point range through the Knicks’ first 14 games, but he’s just 3-for-18 (16.7 percent) from long distance over his past five appearances, entering the home game Sunday against the Grizzlies.

“My shots are just not falling. I feel like I’m still taking the right shots, it’s just not falling,” Toppin told The Post after practice Saturday. “I’m just in a little lull right now, and I’m gonna break out of that real soon. Have to start hitting shots again, and continue making the right plays. But I know I don’t have to shoot good to play good.”

Knicks coach Tom Thibodeau believes opposing defenses are “closing to [Toppin] a lot harder” after his fast start, and he must take advantage of that adjustment.

“When they do, I think he has the ability because of his athleticism to put it down and blow by people. It’s one of the things he does well,” Thibodeau said. “Running the floor, he’s gifted at that, great athlete, but if they fly at you, show your shot and go by them.” 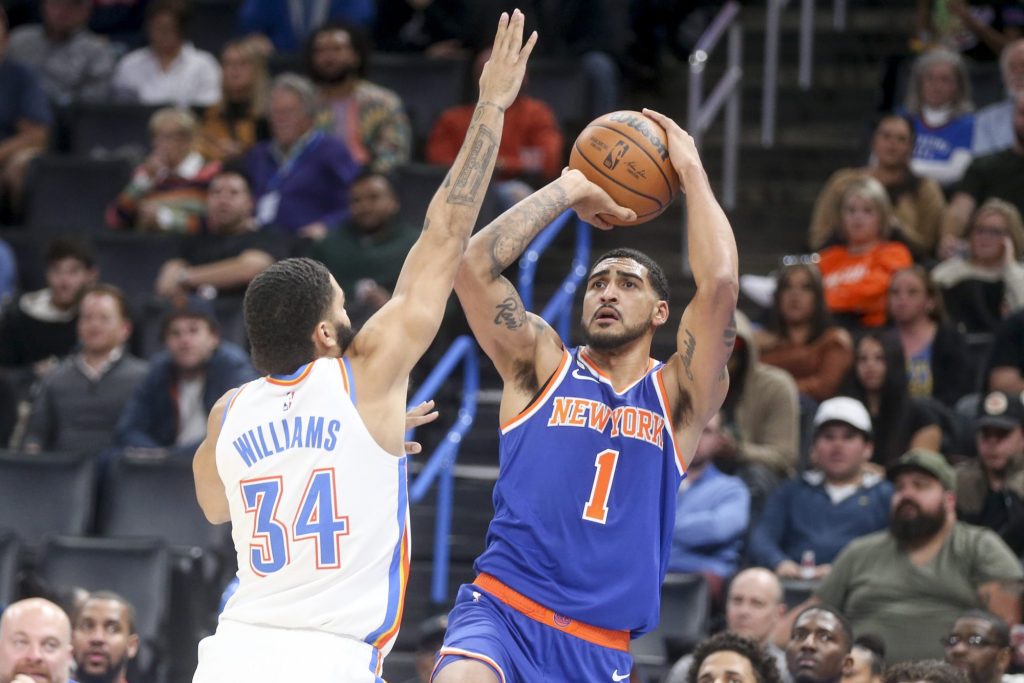 Despite a hot start to the season, Obi Toppin has cooled down on his three-point makes.Photo by Ian Maule/Getty Images

Toppin sank one of three attempts from 3-point distance  Friday in an overtime loss to the Trail Blazers, but those were his only points of the game.

“I’m still confident,” Toppin added. “All the coaches and players are still telling me to shoot it. With me missing all the shots I’ve been missing and them telling me to still shoot, that’s helping my confidence.”

The Trail Blazers attempted 51 free throws Friday, and forward Jerami Grant went 21-for-28 from the stripe in scoring 44 points.

After watching the film, Thibodeau said “hopefully we can learn from it and be ready” to face Ja Morant and the Grizzlies.

“Some of them are marginal calls and can go either way, but some of them were fouls,” Thibodeau said. “We whacked down, and we talk about verticality all the time, we talk about pulling our hands back and showing our hands, and using our bodies more. Just have the discipline to do it the right way and if it’s being called tight, we have to adjust accordingly.”