Immanuel Quickley’s sore left knee still wasn’t 100 percent on Tuesday night, but it was good enough for him to help the Knicks snap a four-game losing streak.

The Knicks’ sixth man returned to action after missing his first game of the season on Sunday, and played 27 key minutes in the 105-103 win over the Cavaliers at the Garden.

“[It felt] pretty good,” said Quickley, who had nine points, six assists, five rebounds and was a team-best plus-14. “A little sore, but overall, it was OK.”

Quickley doesn’t like missing games. He appeared in 78 contests a season ago and was hoping to play in the previous game against the Raptors two days earlier in Toronto. But there was too much discomfort for him to be available after warming up pregame.

Quickley said he has been feeling discomfort in the knee in recent weeks. It has been building up. 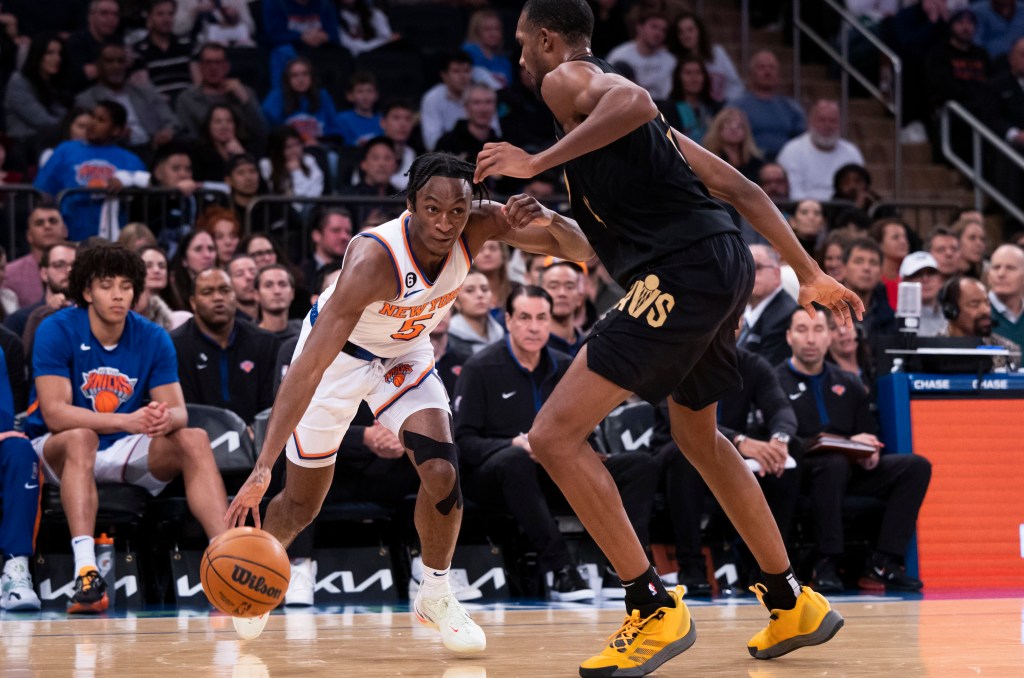 Immanuel Quickley, who scored nine points, drives on Evan Mobley during the Knicks’ 105-103 win over the Cavaliers.Corey Sipkin

“More soreness over time, nothing too crazy,” he said.

The combo guard has not undergone an MRI exam on the knee.

Cavaliers star Donovan Mitchell was injured on the final play of the game when his driving layup was blocked by Isaiah Hartenstein.

He was cramping in both legs and his groin tightened up on him. He had missed the previous three games with a left groin strain. Mitchell, the Elmsford, N.Y., native whom the Knicks tried to trade for in the offseason, had 24 points and eight assists in the loss.

The Cavaliers’ 103 points were the fewest the Knicks have allowed since holding the Suns to 83 points on Jan. 2. … Julius Randle equaled a career-high with eight made 3-pointers on 12 attempts. … Jalen Brunson will have his No. 1 jersey retired by Villanova, where he won two national championships, at halftime of its Feb. 8 game against DePaul. The Knicks will be in Philadelphia at the time.