Thursday’s Knicks-Pelicans game originally was supposed to be on national television, but was pulled because of Zion Williamson’s season-long absence.

It is very good thing, sparing the Knicks a nationally televised humiliation, as the Pelicans went on to a 102-91 trouncing before a sea of ferocious boos at the Garden.

As the Knicks lost their third straight, Julius Randle’s season kept sinking into an abyss in a 1-for-9, four-point train wreck that got him benched. He was unable to do a thing against smaller wings assigned to defend him and he was booed the most vociferously.

Randle took out his anger on the referees, picking up a technical foul after the first half had ended, then snapping at teammate Evan Fournier who tried to settle him down.

With 4:50 left in the third quarter, Randle drove, stopped and whipped a pass crosscourt into the stands — 5 feet over the head of Fournier. The boos crashed down the loudest on Randle, who has stopped talking to the media. One fan screamed from the upper reaches: “C’mon Julius, wake up!’’

“It’s easy to say [that Randle has been off-kilter], but it’s really our entire team,” Tom Thibodeau said. “When things aren’t going our way, Julius is gonna take a lot of blame. He gets a lot of the credit, but that goes with the turf. But it’s a team game, and we didn’t get into it with any one individual. When they’re not going our way, I just want us to be mentally tough and be able to work through it.” 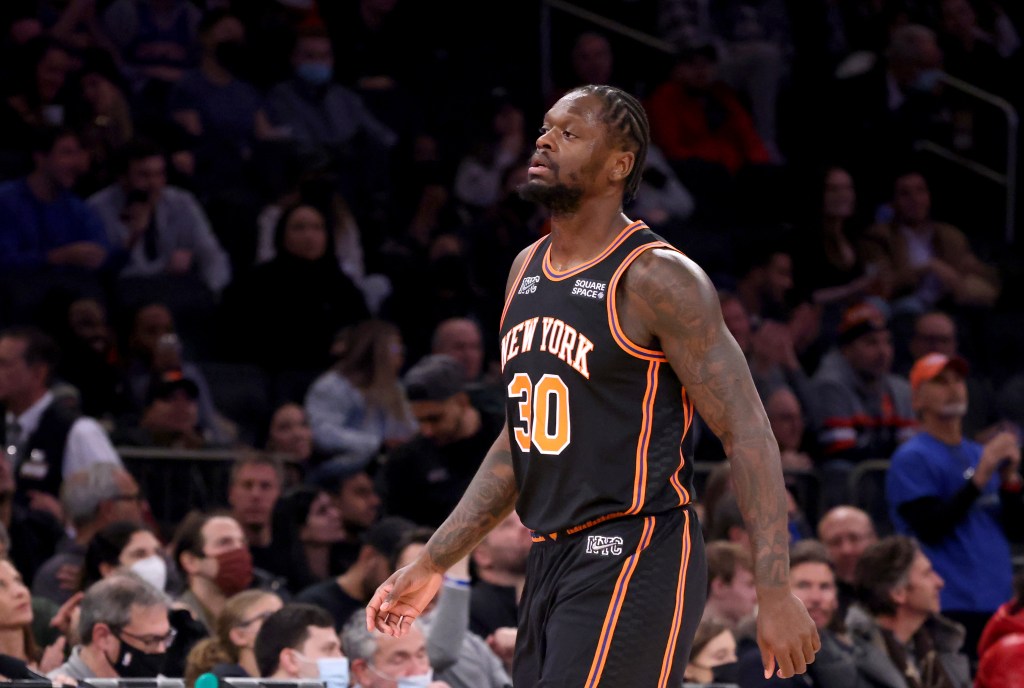 Julius Randle during the Knicks’ loss to the Pelicans. Charles Wenzelberg/New York Post

Soon, the Garden fans chanted “O-bi, O-bi’’ for Randle’s backup, Obi Toppin, who finally replaced Randle for good with 1:30 left in the third. 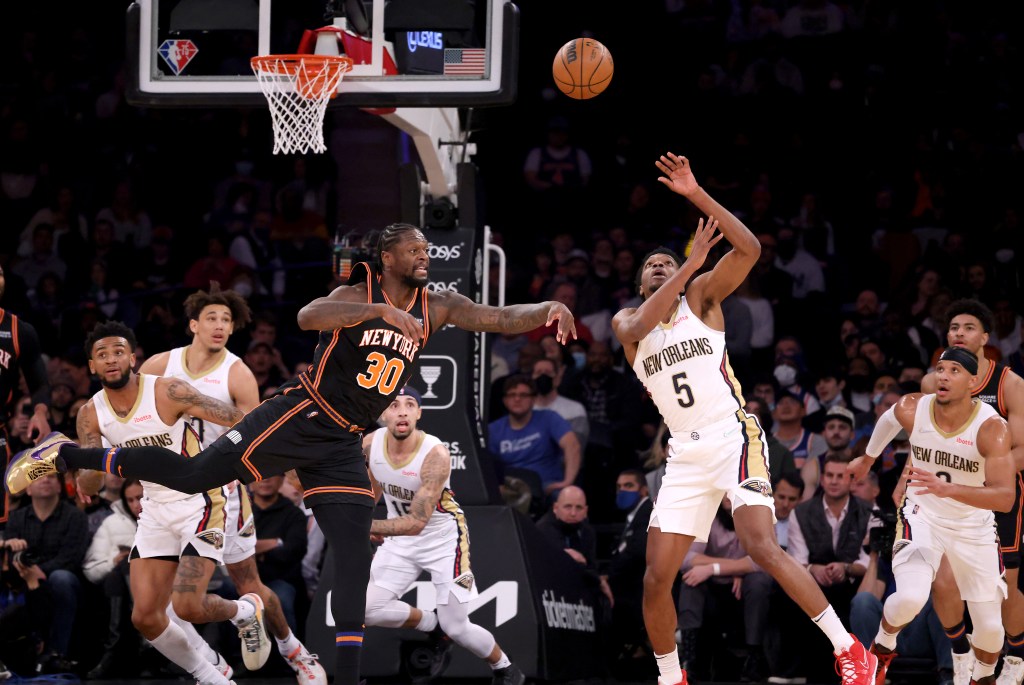 Early in the second quarter, the Knicks fell behind 33-20 after Pelicans backup point guard Jose Alvarado, a Brooklyn native, stole an inbounds pass intended for Immanuel Quickley and coasted in for a layup. Alvarado was a jitterbug and finished with 13 points.

Thibodeau called timeout and boos descended onto the court for the first time and hardly the last.

The Knicks made a big run in the fourth quarter to cut their deficit to 10 points with 3:35 left and Randle on the bench. 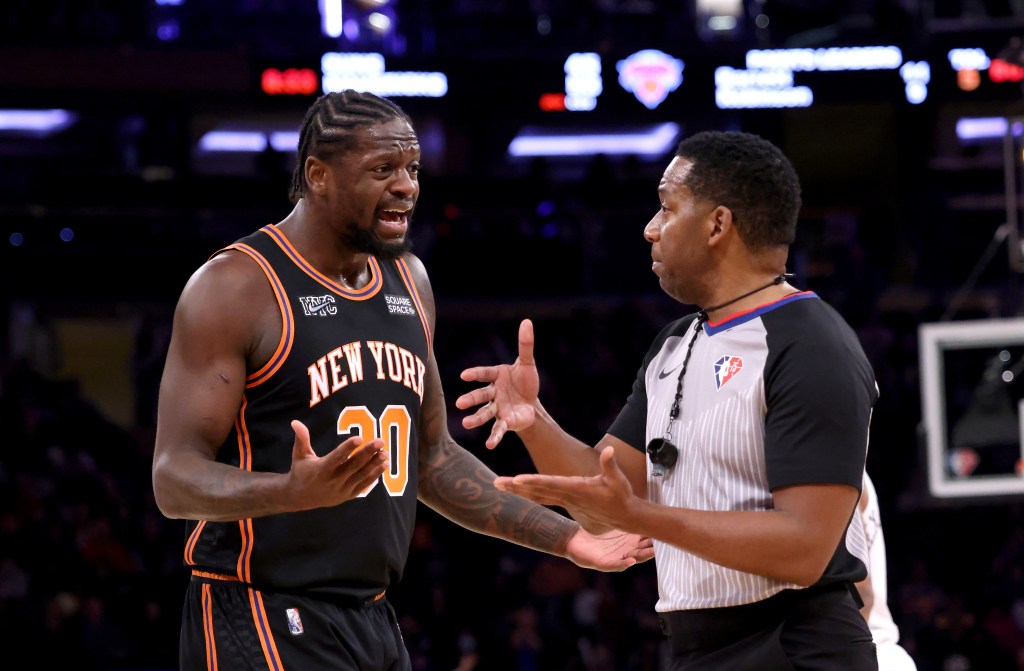 Randle didn’t score until 1:50 left in the first half, hitting his second free throw after badly missing the first attempt to the right.

Hearing occasional jeers across the first half in shooting 1 of 7, Randle finally lost it in the final minute. He had a layup attempt underneath blocked by center Jonas Valanciunas, who got all ball but then came down on Randle’s face.

There was no whistle and Randle carried on to the officials as play continued. In the final seconds, Randle drove to the basket, missed at the rim but tipped it in at the buzzer.

Randle immediately turned to referee Mitchell Ervin and shouted something as he walked off, drawing technical, then angrily shooing Fournier away.

Meanwhile, the Knicks didn’t capitalize on their trips to the line, missing 12 free throws (24 of 36). The Knicks were led by the surging center Mitchell Robinson, the New Orleans native who had 17 points with 15 rebounds.