Late in the third quarter of Detroit’s Thanksgiving matchup with the Bills leading 19-14, Badgley lined up for a 29-yard chip shot to cut the Buffalo lead to two. As he was lining up, CBS play-by-play man Jim Nantz made mention of him being perfect in kicks this season: Badgely was 6-for-6 in field goals and 12-for-12 in extra points.

“Do not talk to me about the announcer’s jinx,” Nantz said. “Michael Badgley has not missed a kick all year – field goal or PAT.”

It’s not hard to guess what happened next: Badgley’s attempt went wide right, and analyst Tony Romo was left having to clean up Nantz’s mess.

“Lions fans, I apologize,” Romo said as he and Nantz chuckled in the booth.

The miss proved pivotal as the outcome of the game went down to the wire.

Detroit went ahead, 22-19 on DJ Chark’s one-yard TD reception in the fourth quarter before Buffalo took a three-point lead of its own on Stefon Diggs’ five-yard touchdown catch with 2:40 left. 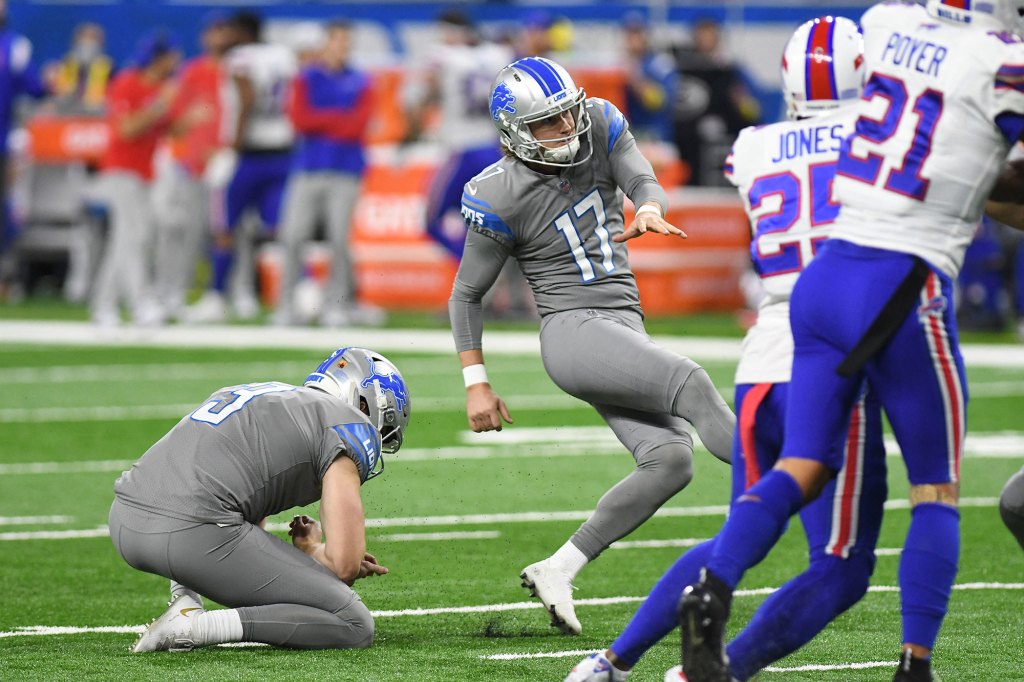 Jared Goff led the Lions on a drive that put them into field goal range and set up Badgley for a redemption 51-yard field goal that knotted the score at 25-all.

It looked like overtime was in the cards in Detroit until Josh Allen hit Diggs for a 39-yard gain, putting Bills kicker Tyler Bass – who was not jinxed by Nantz – hit a 45-yarder to steal with win with two seconds left on the clock.

Maybe it wasn’t Nantz’s fault, but it wasn’t exactly not his fault, either.