Jeremy Ruckert did not even try to handle the ticket requests. The Lindenhurst native would be getting them from just about every corner of his upbringing had he tried to do it himself. But getting acclimated to the Jets, after missing OTAs and the early part of training camp with a foot injury, is enough of a task.

“I told everybody, ‘You’re on your own, man,’ ” Ruckert said following Tuesday’s practice. “I don’t want to deal with it. I’ll worry about what I gotta do.”

Right now, that means learning everything he can as his rookie season gets underway and catching up on what he could not learn while hurt. Ruckert returned to the practice field this week and got his first training camp catch out of the way Tuesday. With a stacked tight end room — Ruckert is behind C.J. Uzomah and Tyler Conklin on the depth chart — the Jets can afford to deal with the learning curve he’ll go through. That does not make the process simple. 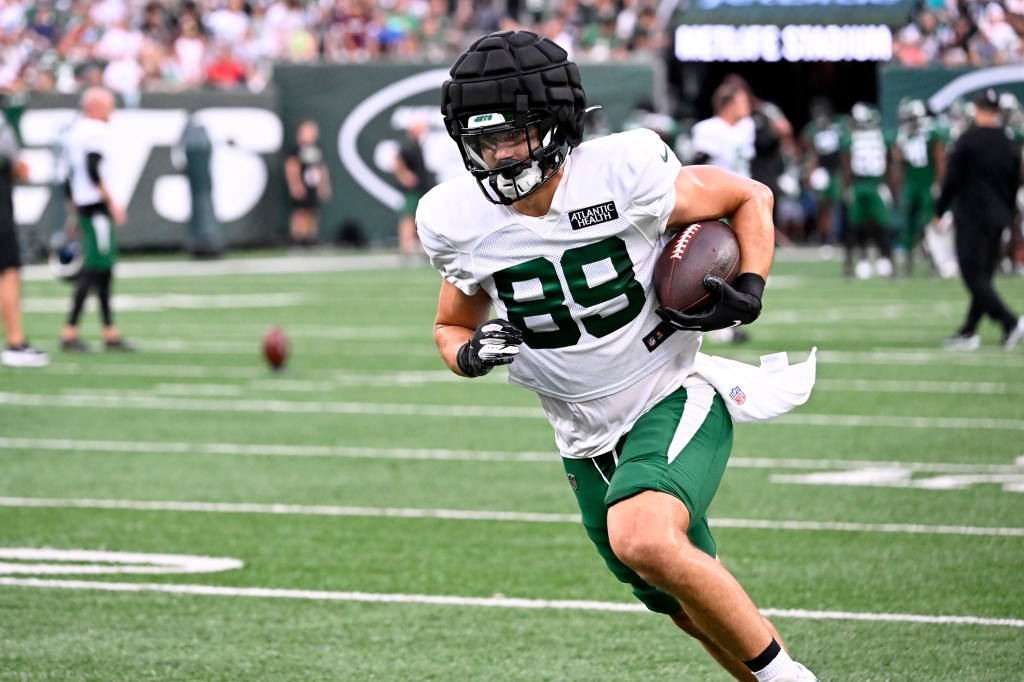 “He’s swimming a little bit,” coach Robert Saleh said. “Obviously there’s a lot of information coming in. He missed all of OTAs, half of training camp, and he’s getting into the thick of it in the middle of it.

“Love his movement, love his athleticism. He’s everything we thought he would be. Now it’s just a matter of him catching up to the playbook.”

Ruckert, an Ohio State product, said this was his first time being hurt. He tried to make the most of it — taking mental reps, watching closely, asking questions and learning everything he could. But being on the field is, of course, different.

“I think I’m getting the playbook down really well,” he said. “Figuring that out, not really much thinking about that anymore. Obviously the new stuff here and there, but I feel like I’m in a good spot there. Now it’s just about playing.”

Saleh said there are no new worries over playing Zach Wilson against the Eagles in light of Mekhi Becton’s injury.