Can’t get enough cannibals? Yet another Jeffrey Dahmer-centered watch is coming to Netflix.

“Conversations with a Killer: The Jeffrey Dahmer Tapes,” is a three-part documentary on the serial killer and cannibal by director Joe Berlinger. The series has previously released episodes on fellow notorious killers Ted Bundy and John Wayne Gacy.

Dahmer murdered and dismembered a total of 17 boys and men — many of whom were people of color and/or gay — around the Milwaukee area between 1978 and 1991.

Snippets of chilling tape-recorded confessions from Dahmer are included in the docuseries trailer that was released on Friday.

“What triggered it all? I wish I could give you a straightforward answer on that,” he said of his itch to murder innocent people. 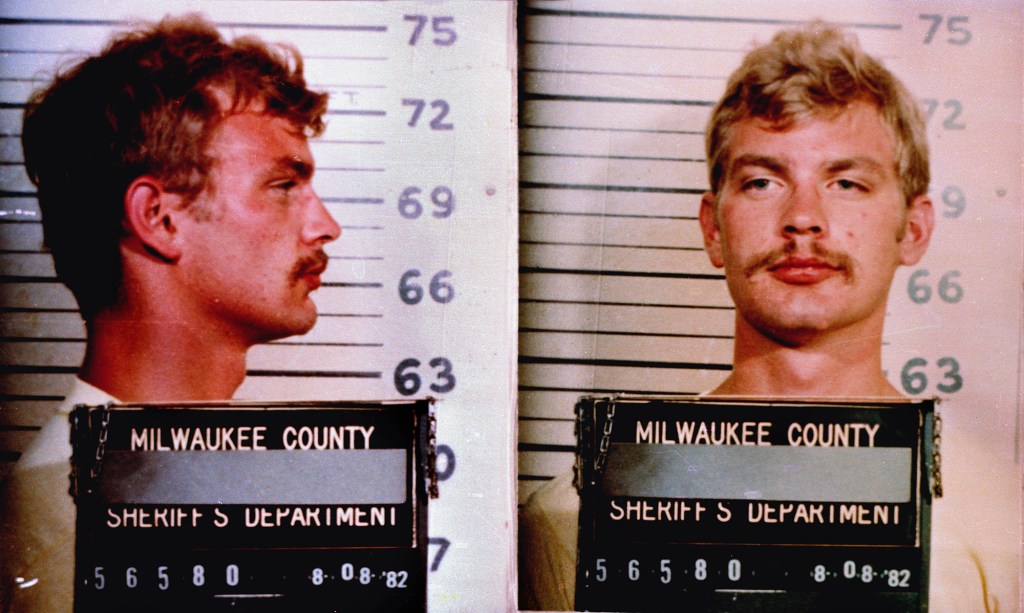 Jeffrey Dahmer is pictured by the Milwaukee County Sheriff’s Department on Aug. 8, 1982, as he was charged for disorderly conduct.AP

“I just wanted to keep him. That’s the best way to describe it,” Dahmer admitted about one of his victims.

“I had a drill at home and, uh… This is gonna sound bad…,” he told his legal team about the methods he would use to kill.

“I started falling away. I gave up trying to resist,” Dahmer said on falling into his sick temptations. “It was my own private little world and I had complete control.”

Director Ryan Murphy’s “Monster: The True Story of the Jeffrey Dahmer Murders,” which recruited Evan Peters to portray the aviator-wearing killer, is currently No. 1 on Netflix’s most-watched list. 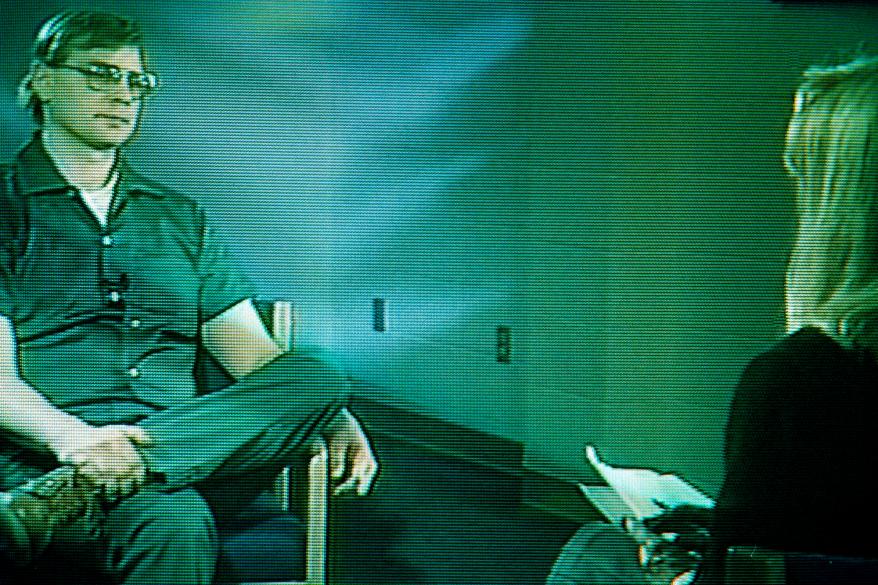 In an interview with "Inside Edition" in 1993, Jeffrey Dahmer confessed to killing, dismembering and eating more than a dozen young men and boys in Milwaukee. AP 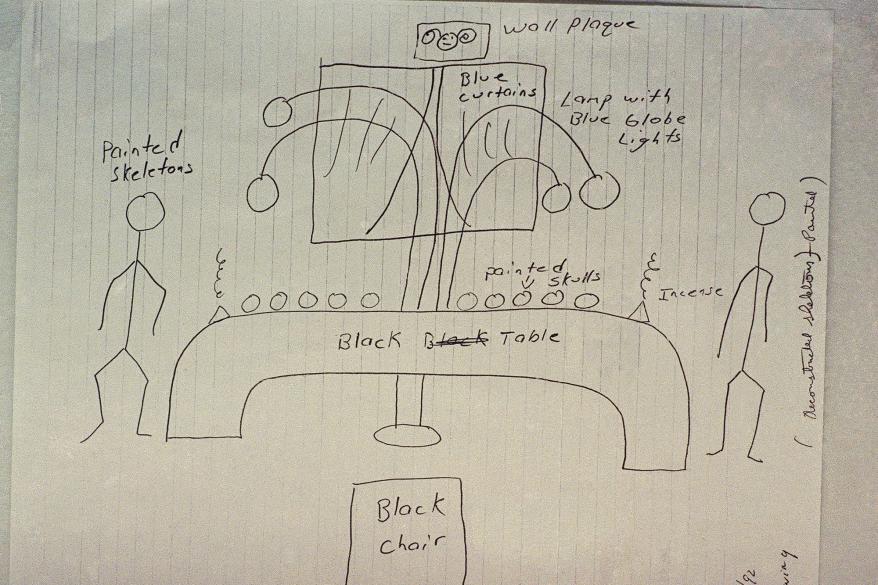 A sketch by Dahmer, of a temple he was going to construct from body parts of his victims, dated Feb. 4, 1992. AP 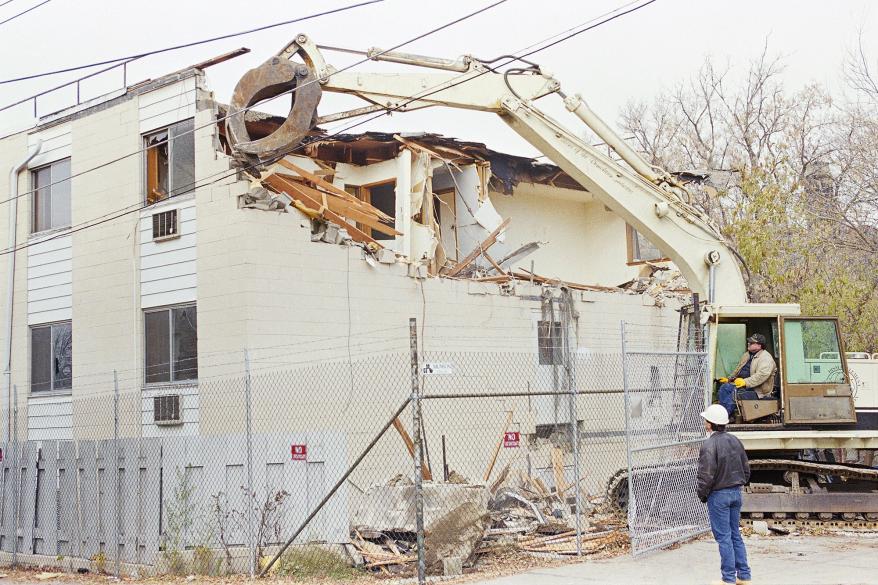 The apartment building where Dahmer committed a majority of his crimes was later demolished. AP 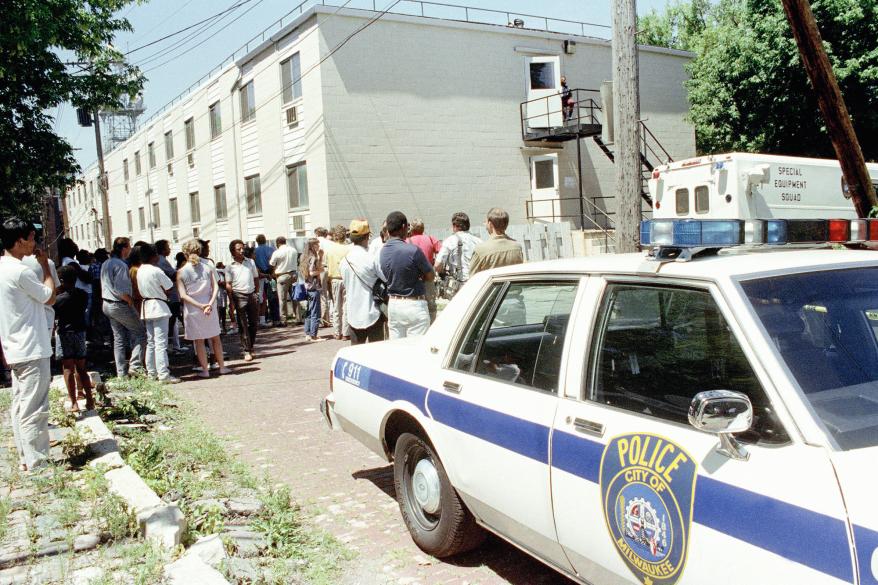 Neighbors gather near a Milwaukee apartment building on July 24, 1991, as police continued to investigate their discovery of body parts in Dahmer's apartment. AP

The creepy series has been met with tons of controversy from the families of Dahmer’s victims and the LQBTQ community.

Former crime reporter Anne E. Schwartz, who broke the story about Dahmer’s killings in 1991, told the Independent that the based-on-a-true-story series took “artistic license” with many of the actual events.

“When people are watching Ryan Murphy’s Netflix series and saying ‘Oh my God this is terrible.’ I want to tell them it didn’t necessarily turn out that way,” Schwartz said.

She also added that while the world remains fascinated with Dahmer and his story, the Wisconsin city sees it as “a horrible blemish on the city” that the community doesn’t want to think about.