The Grizzlies are throwing code-breaking accusations back at the Warriors.

Ja Morant tweeted that Golden State guard Jordan Poole “broke the code” after the Memphis star limped off the court with an undisclosed injury late in the Grizzlies’ Game 3 loss Saturday night to the Warriors.

Morant later deleted the tweet that included a video of Poole grabbing the All-Star guard’s knee while defending him Saturday night.

“You know the code. Talk about the code all series at this point,” Memphis forward Jaren Jackson Jr. said. “We’re going to ride for our own.

Poole insisted there was no intent to injure Morant on the double-team trap near midcourt. Andrew Wiggins was assessed a foul on the play.

“It was a basketball play when we doubled him. And I hit the ball, and I was going for the ball,” Poole said. “I mean, obviously, you don’t want to see anybody get hurt. I’m not even that type of player. I respect everybody.

“Hopefully he gets better and we can see him out there next game. I don’t even play like that for real. That’s not my type of game.” 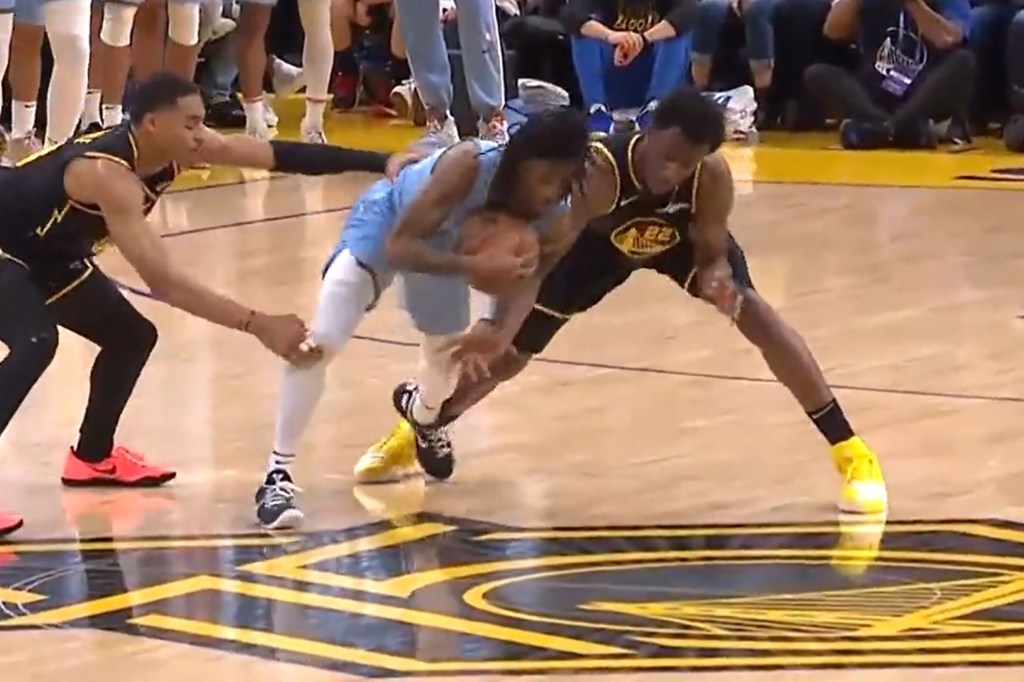 Jordan Poole (l.) grabbing Ja Morant’s knee during the Warriors’ win over the Grizzlies on Saturday.ESPN 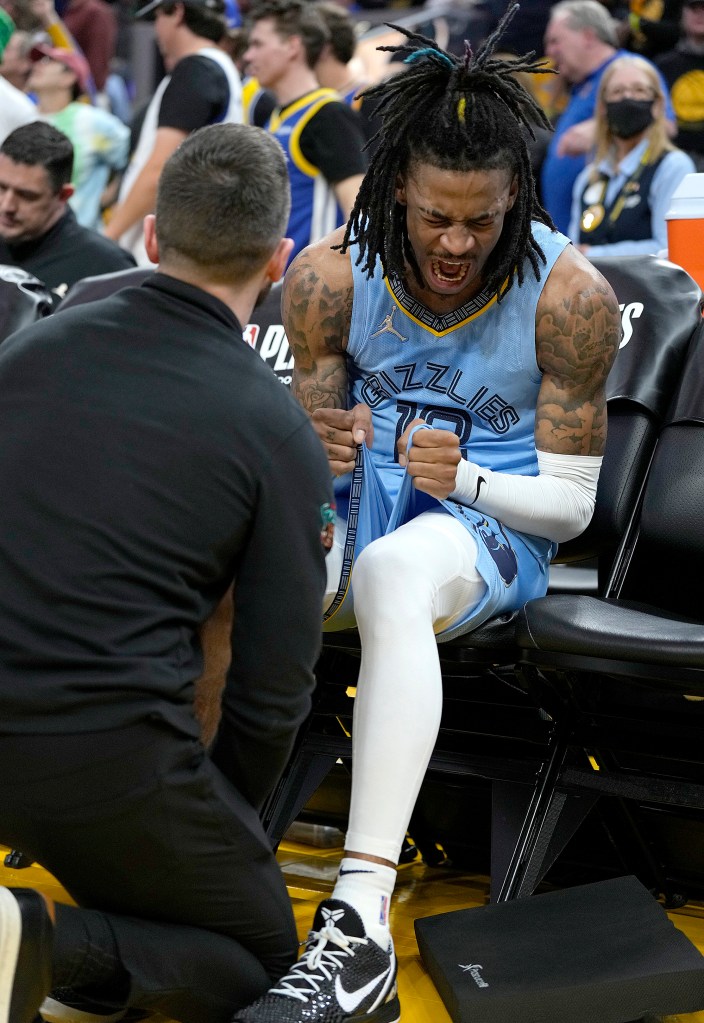 Ja Morant reacts on the bench after getting injured during the Grizzlies’ loss to the Warriors on Saturday.Getty Images

Grizzlies coach Taylor Jenkins didn’t specify Morant’s injury after the game, saying he was “getting evaluated.” Morant has averaged 38.3 points and 8.3 assists in the first three games of the series, which Golden State leads 2-1.

“We just watched the replay,” Jenkins said. “He was going after a dribble and Jordan Poole actually grabbed his knee and yanked it, which kind of triggered whatever happened, so I’m actually going to be very curious to see what happens after that.”

“It is unfortunate,” Grizzlies guard Desmond Bane said. “Ja is obviously having a great series. For something like that to happen, something that is somewhat controllable, Jordan Poole reached out and grabbed his knee and kind of put him in an awkward position, you know, it’s unfortunate.”

Backup point guard De’Anthony Melton compared Morant to a superhero and hopes he will be able to play in Monday’s Game 4.

“I mean, we have seen Ja heal like Wolverine out there,” Melton said. “He can be limping one day, the next day be fine. He is a warrior and a competitor. Who knows where his level of injury is at? He understands his body and what the team needs, and he will make the best decision.” Did Anyone Win The Powerball? May 7 Winning...