It’s estimated that 55 million Americans will travel over the Thanksgiving holiday. That’s the highest level since the pandemic began and the third-highest since AAA began tracking the holiday in 2000.

At the same time, Covid cases have been steadily rising nationally, with the most recent 24-hour total being 111,386, according to John’s Hopkins. That’s the highest number of new infections in a day since August 12. Given the proliferation of at-home tests, the real number is likely much higher, say experts. The numbers are also much higher in certain regions of the country.

Overall, the 7-day average number of new cases nationally is up 7% in the last two weeks, per the New York Times. Test positivity is up 5% over the same period, to 8.6%. But there are hotspots of infection trending much higher.

Michigan’s 14-day average number of cases is up 104%, per the Times, while its test positivity sits at 11%. Arizona’s average daily cases are up 82% in the past two weeks. Its test positivity sits at a staggering 24%. Hospitalizations in the state are up 53% over the same period. For perspective, aside from the earliest days of the pandemic, the current positivity rate in Arizona is higher that it ever was across hard-hit California. 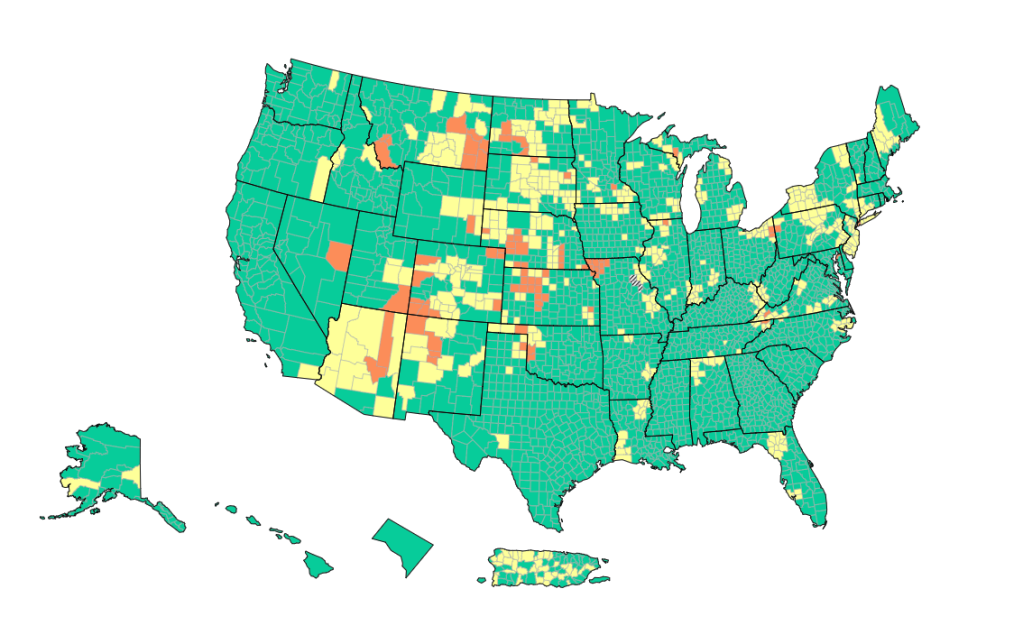 Speaking of which, the Golden State’s daily average number new cases over two weeks is up 48%, while its average test positivity is 6%, according to the Times. California’s largest metropolis, which accounts for one-quarter of the state’s population, is seeing steeper increases.

On Wednesday, Los Angeles County health officials reported 3,077 new Coivid cases. That’s the highest one-day number since mid-August during the summer wave. L.A.’s seven-day average daily rate of people testing positive for the virus has also continued an upward climb, reaching 9.4% as of Wednesday. That’s up from 6.5% a week ago, according to the Los Angeles County Department of Public Health. The county is now averaging 1,971 new COVID infections per day over the past week, a 39% increase from the previous week.

The number of county residents hospitalized with Covid surpassed 800 today, climbing to 822 according to the latest state figures. That’s up from 666 one week ago, a 23% increase in seven days.

Those trends do not bode well for the December holidays.

There are other complicating factors, as well.

The persistent spread of flu and respiratory syncytial virus — or RSV — in the county is combining with Covid to present a triple threat of respiratory illnesses which will likely further stress heathcare facilities.

Then there are the holiday gatherings and travel which, by most accounts, will be more “normal” — i.e. maskless — this year. Couple that with the rapid rise of the BQ1 & BQ1.1 variants, which have in a matter of weeks displaced the long-dominant BA.5 and now account for more than half of new cases in the region, and infections could continue to rise for some time. 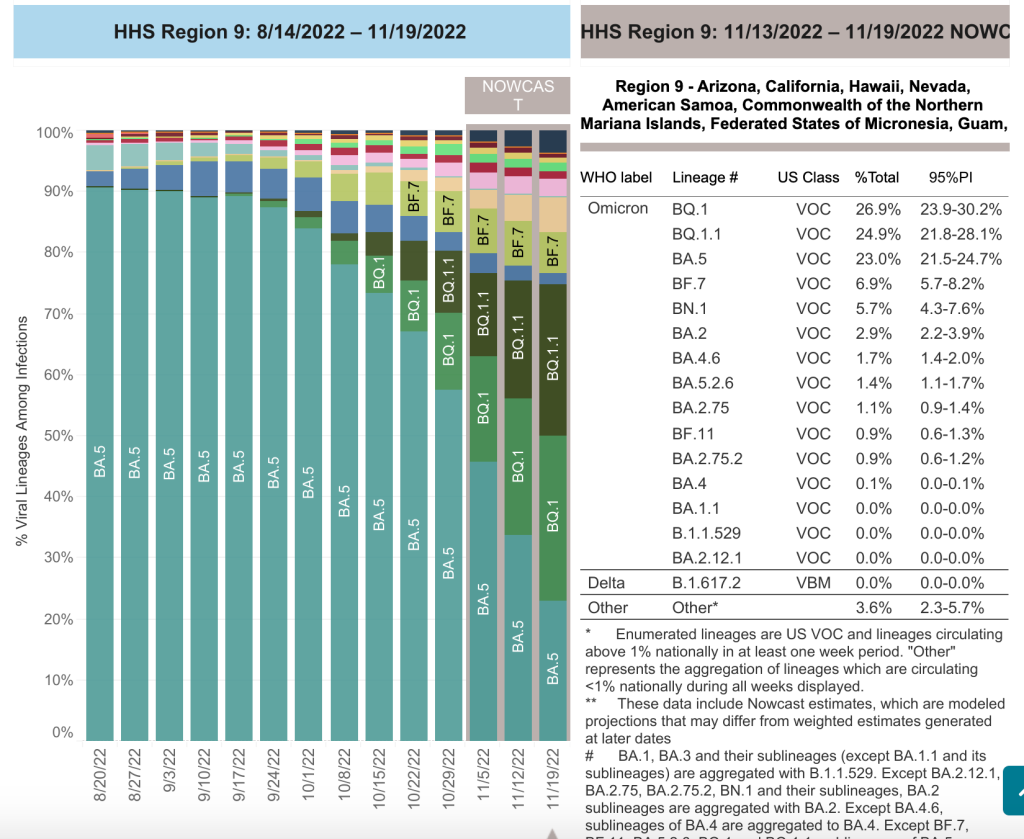 One final wild card is China.

Most of the country has been impacted by China’s so-called zero-Covid policy. Whenever it does decide to open up, there will be vast numbers of people who have never been infected who will be exposed to whatever newly-dominant variant has arisen. That, in turn could lead to a wave of infections in the Middle Kingdom and, possibly, new variants arising from such a vast number of