The Iranian government has reportedly threatened its national soccer team and the players’ families.

The United States plays Iran on Tuesday at 2:00 p.m. ET on Fox in a must-win game for the Americans to advance. Iran would move on to the knockout stage with a win or a tie.

Iran has been facing persistent domestic protests for over two months, since 22-year-old Mahsa Amini (also known as Jina Amini) reportedly died in police custody after being arrested for improperly wearing her hijab.

The Iranian soccer team has supported the protestors. Before the game against England, the soccer team stood silently for their home country’s national anthem, declining to sing along.

“Conditions in our country are not right, and our people are not happy,” Iranian team captain Ehsan Hajsafi told reporters after the game. Hajsafi further said that the victims’ families “should know that we are with them, we support them and we sympathize with them.”

CNN reported Monday that families of the Iranian team have “been threatened with imprisonment and torture if the players fail to “behave” in the lead-up to Tuesday’s game against the United States. 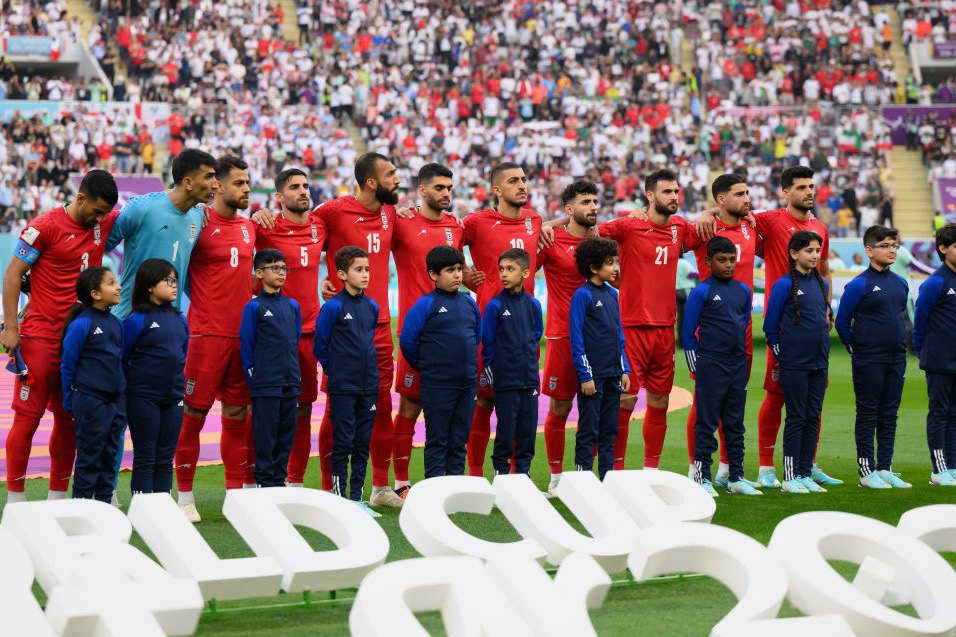 The Iranian soccer team has reportedly been threatened that if they do not “behave” before the World Cup game against the U.S., their families will be in danger.Matthias Hangst

The report added that the Iranian players had to meet with the Iranian Revolutionary Guard Corps after their demonstration before the game against England.

Questioned about domestic immigration policy and a U.S. Navy ship in the Persian Gulf, Berhalter answered, “I don’t know enough about politics, I’m a soccer coach.”