The biggest soccer match of Tim Weah’s life is here — and the Brooklyn-born, Queens-raised rising star is ready to keep shining on the game’s grandest stage, his uncle told The Post.

Playing against Wales, Weah, 22, scored the lone goal for the US Men’s National Team thus far at the World Cup in Qatar, becoming the first American to get on the board at the international competition since 2014. The team needs a win Tuesday against Iran to advance to the knockout stage. His uncle, Rosedale resident Michael Duncan, has no doubt it’s within reach.

“They’re all confident,” Duncan, 59, told The Post from Qatar, referring to his nephew and midfielders Yunus Musah and Weston McKinnie. “They say, ‘Bring it on, bring it on.’ And I think they’re ready, I can see the confidence in them. Timothy is ready.”

At just 18 months old, Weah kicked off his career with the Rosedale Soccer Club in Queens, which Duncan is the president of and founded in 1999. By the time Tim was 2, his strong leg became readily apparent. 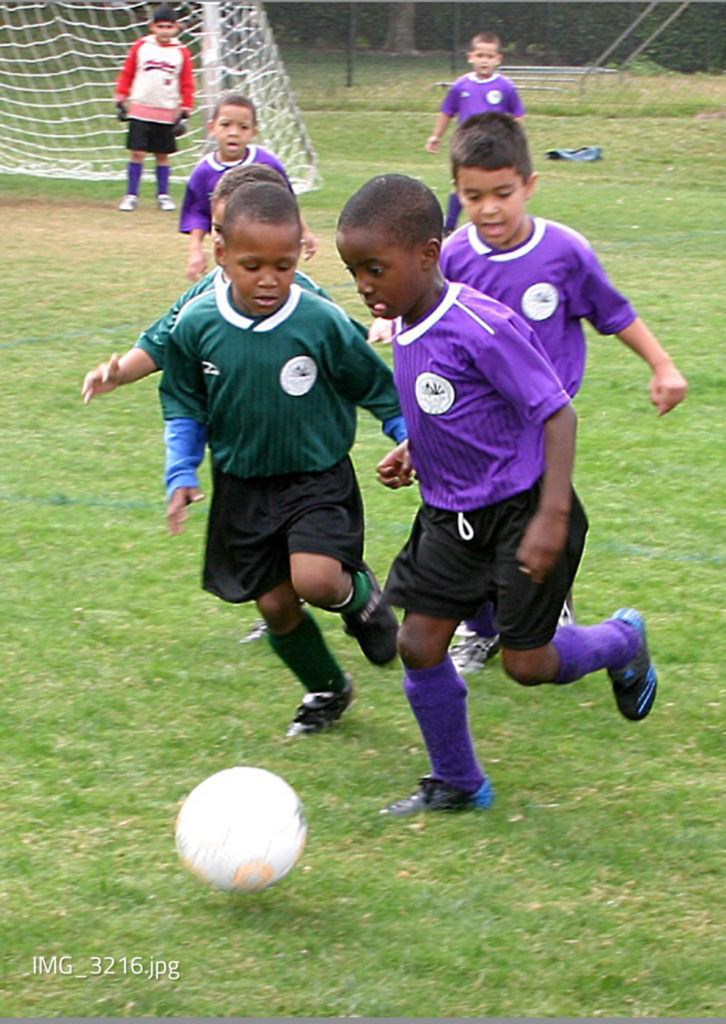 Weah (front, in purple) started playing with the Rosedale Soccer Club in Queens before he was even 2, said his uncle Micheal Duncan, the club’s founder and president.Courtesy of Michael Duncan

“He was kicking the ball really hard,” Duncan said. “That’s where he got his first love of the game.”

Weah already had soccer in his blood, of course. His father, George Weah, played for Paris Saint-Germain, AC Milan and Chelsea, among other pro teams, and won the 1995 Ballon d’Or as the game’s best player, becoming the first African to do so. George, who has been the president of Liberia since 2018, was also named Africa’s Player of the Year three times. 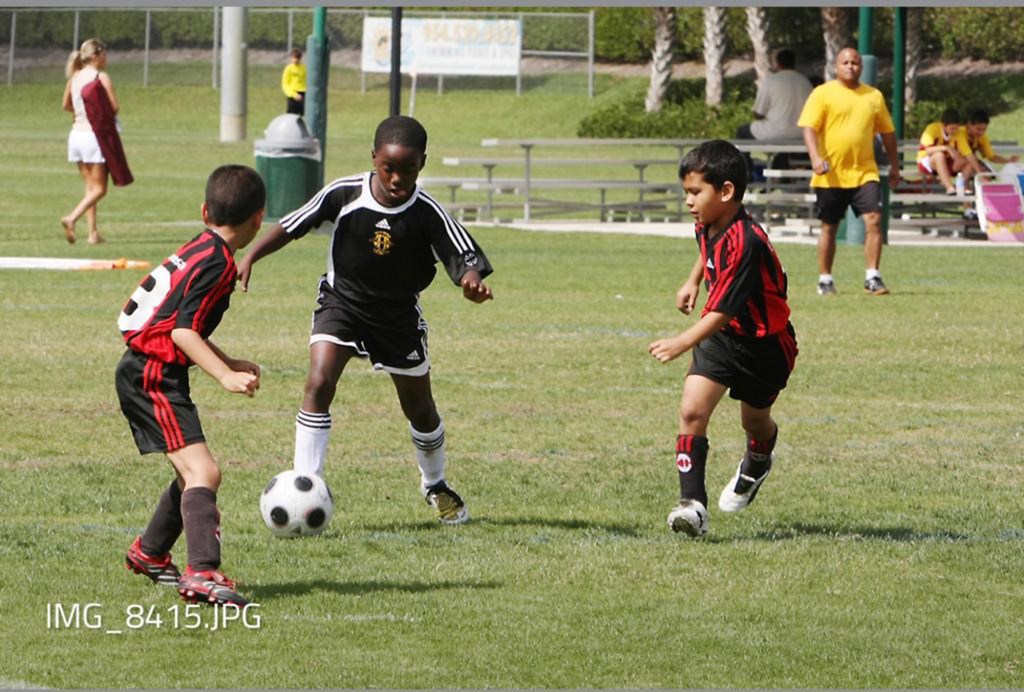 Despite George’s place among soccer greats, Duncan credited his sister — Weah’s mother, Clar — as the “main force” behind the US star’s success on the pitch, having been closely involved in her son’s career every step of the way.

“For Timothy, a large part of his success – I would say 75% of it – is because of him, personally,” Duncan said. “But 25% of it is his mother. She was committed to him and his soccer from when he was 2 years old, before he even started walking.” 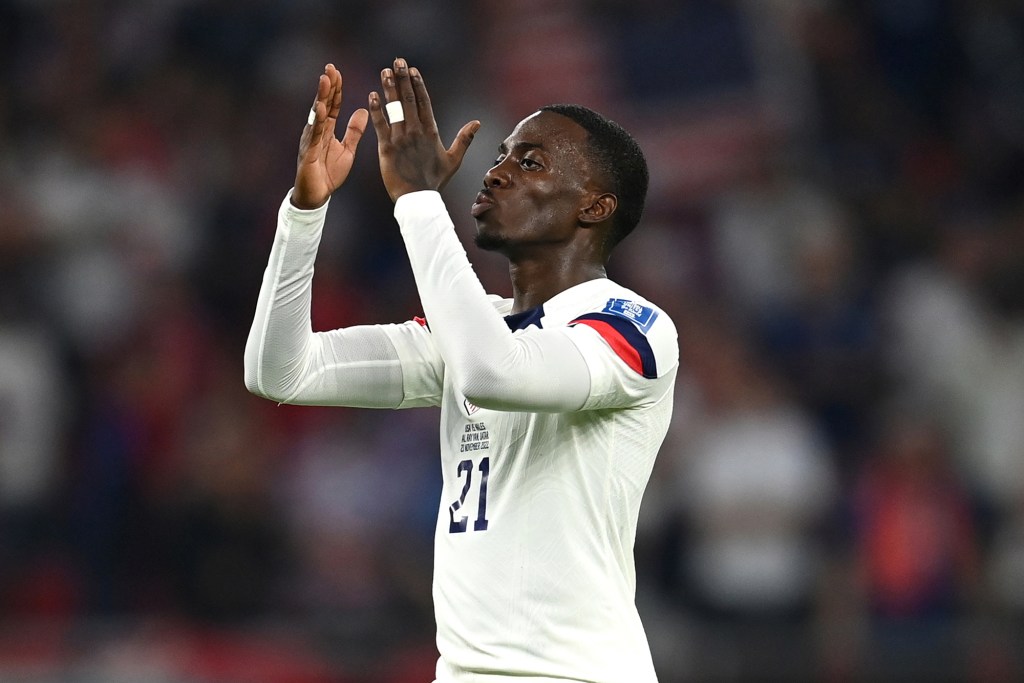 Playing against Wales, Weah scored the lone goal for the US Men’s National Team thus far at the World Cup in Qatar, becoming the first American to get on the board at the competition since 2014. FIFA via Getty Images

Duncan said Clar, a native of Jamaica with whom he co-owns the Jamaica Breeze restaurant in Rosedale, went above and beyond as a supportive soccer mom. She also coached with the Rosedale Rockets.

“She was really committed, she went on all the trips,” Duncan said of his younger sister. “She traveled to different states, she traveled overseas to see him play soccer. And now, she supports him more than anything else. Right now, she’s a nervous wreck for [Tuesday’s] game.”

The player’s family — including uncle Michael Duncan (from left), mom Clar and dad George (far right) joined him in Qatar.Courtesy of Michael Duncan

Clar, who immigrated to New York in 1979, met George while she was working at a Manhattan bank. They married in 1993 and had daughter Martha and sons George Jr. and Tim, who was born in Brooklyn. The family lived in Florida for a bit, but Weah was largely raised in Queens.

After moving up to Rosedale’s travel teams and dominating older players, Weah joined the New York Red Bulls Academy before moving to France to play for the Paris Saint-Germain Academy. He then signed his first professional contract with PSG at just 17. 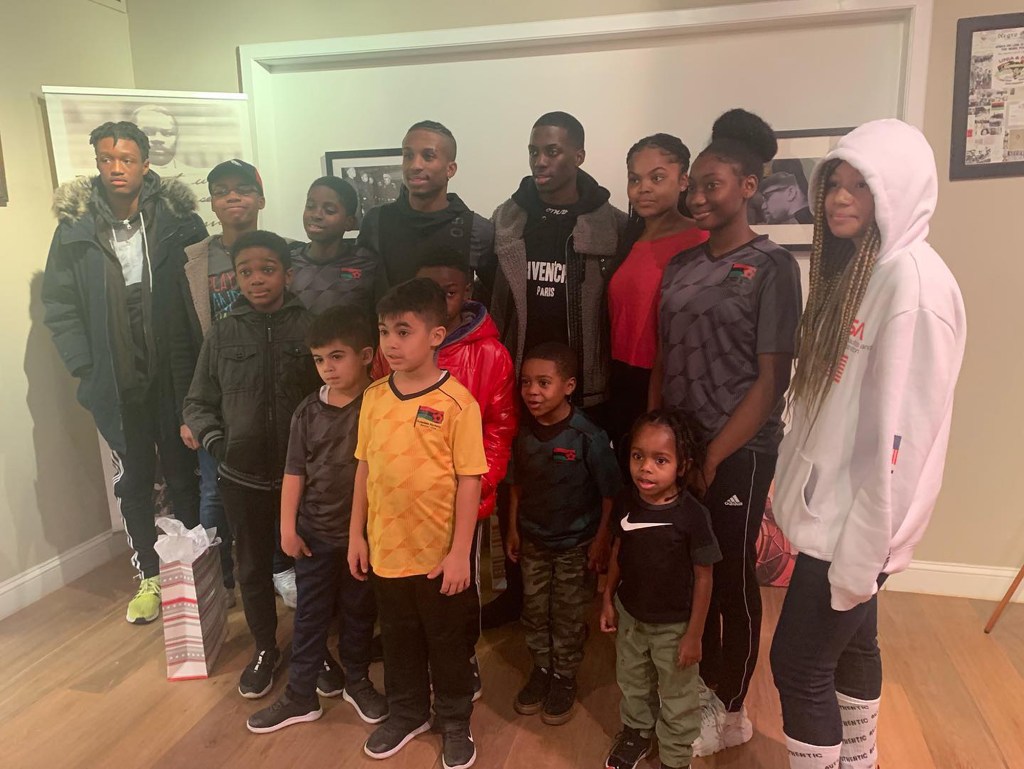 Weah (back row, fourth from right) returned to the Rosedale Soccer Club for a visit.@rosedalesoccerclub/Instagram

But the World Cup will go down as Weah’s coming-out party, following his monumental goal against Wales, his uncle insists.

“This is big,” Duncan said. “This one goal in the World Cup equals roughly 20 goals in the regular season. And I can’t tell you how many people are calling from all over the world to congratulate him. He needed this, and it was on soccer’s biggest stage.” 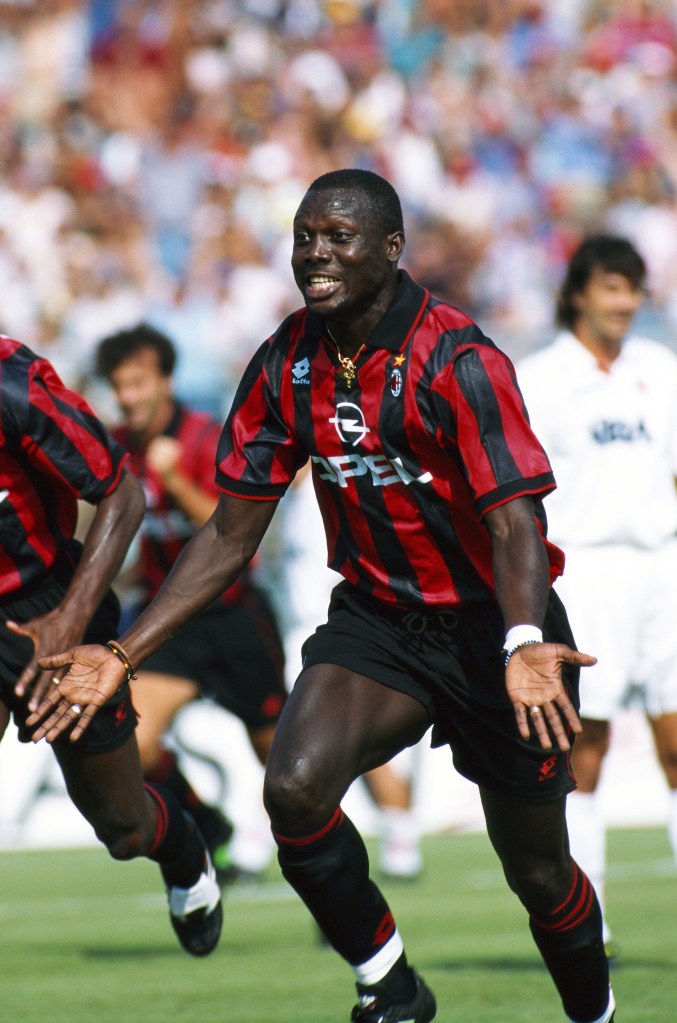 George Weah, the US team star’s father, played for Paris Saint-Germain, AC Milan and Chelsea, among other pro teams, and won the 1995 Ballon d’Or.Getty Images

Weah’s father, meanwhile, is widely considered to be one of the greatest soccer players to never play in a World Cup. It’s fitting that George not only saw his son play in Qatar, but watched him score a goal that made headlines around the world, Duncan said.

“He can go very far,” Duncan said of his nephew. “I think he is on that progression to be on that level close to his father and as solid a player as [Cristiano] Ronaldo. That’s where he can go.” 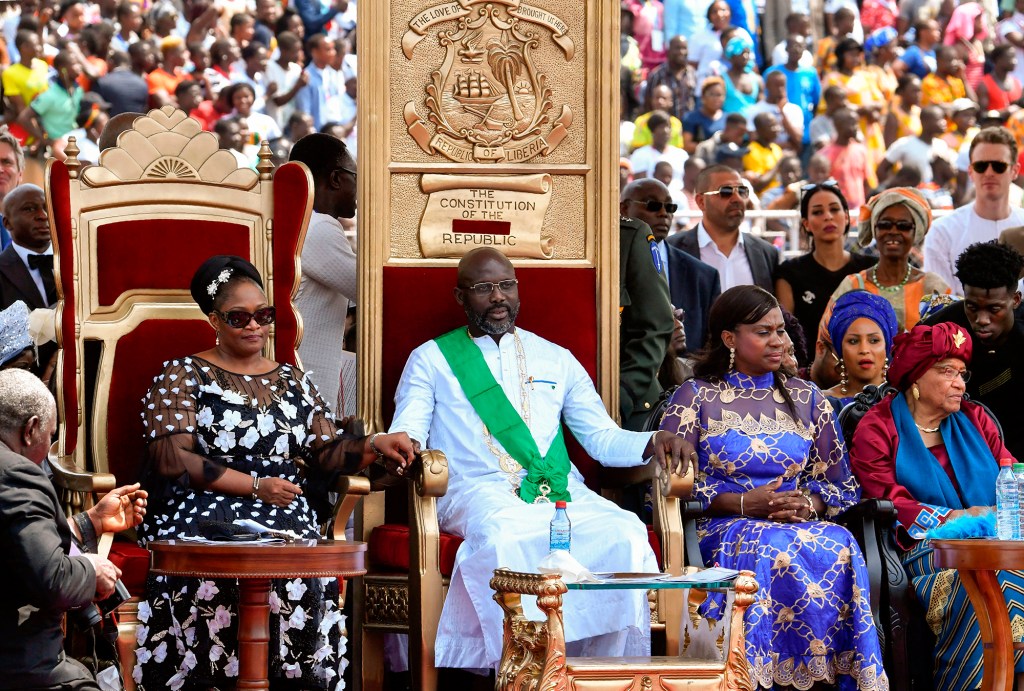 George and Clar Weah have been the president and first lady of Liberia since 2018.AFP via Getty Images

Regardless of Tuesday’s result against Iran, Weah has already inspired countless children in urban neighborhoods like Rosedale to start playing soccer. The future of the men’s national team, particularly in 2026, is equally bright — with Weah expected to be back again, Duncan said.

“I’m totally impressed and so happy for him because he’s a humble young man and he works hard,” Duncan said. “He worked through injuries to bring him to this stage, and he’s impressed with his coaching staff and team members.

“I honestly think they’re going to take this game.”

inside soccer queens first liberia
Read The Rest at
nypost.com