He took Her Majesty to new heights.

Royal watchers were stunned by the strapping stature of Queen Elizabeth II’s assistant private secretary, who was spotted standing head and shoulders above other mourners at the monarch’s funeral on Monday.

Matthew Magee — who measures 7 feet, 2 inches tall — walked ahead of the queen’s coffin during an outdoor procession, with many taking to Twitter to ask the identity of the “insanely tall” mystery man.

“That very tall man in the funeral procession, a member of the royal household, must be the royal light bulb changer!” one quipped.

“He’s very well known as the Captain of the Royal Household Basketball Team,” another sarcastically remarked. 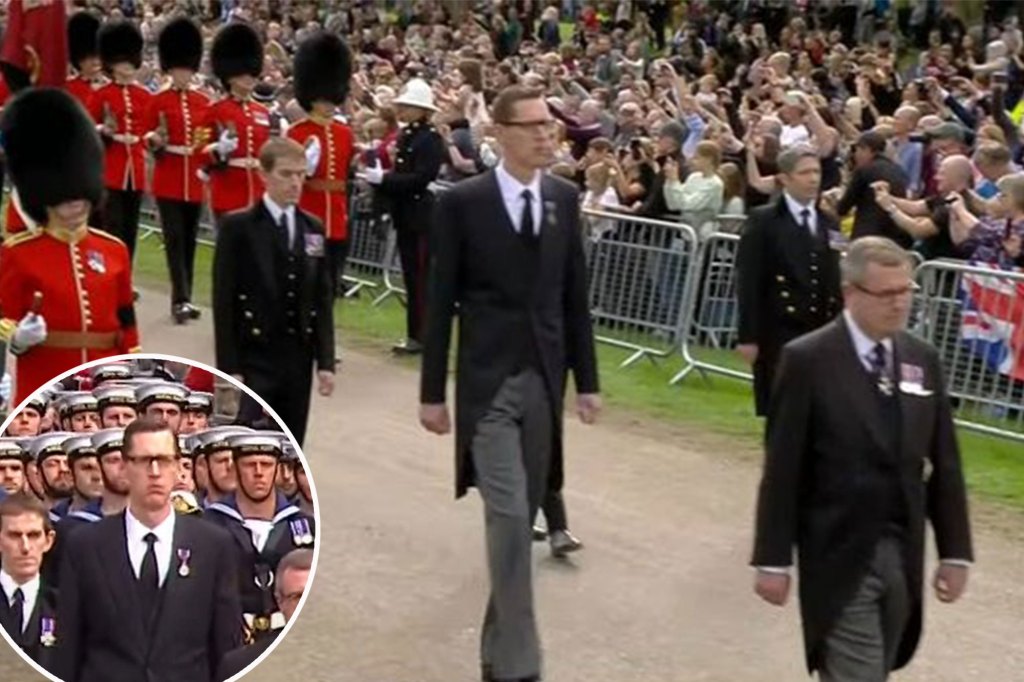 Matthew Magee — who measures 7 feet, 2 inches tall — walked ahead of the queen’s coffin during an outdoor procession on Monday, with many taking to Twitter to ask the identity of the “insanely tall” mystery man. Sky News 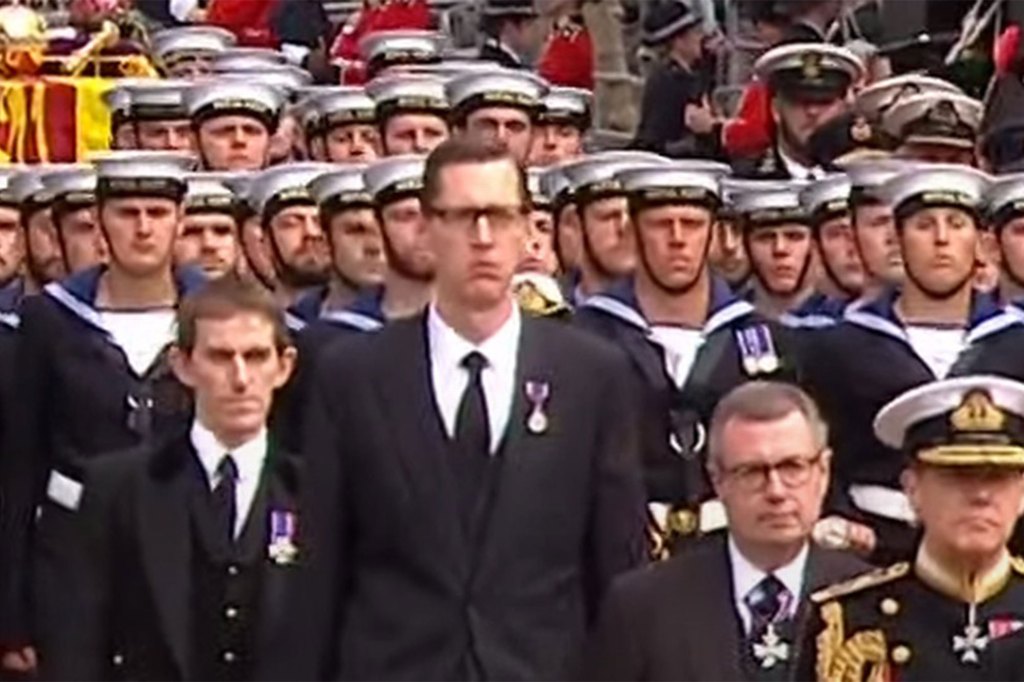 The aide, who hails from Northern Ireland, was hired by Buckingham Palace back in 2018.Sky News

Experts quickly clarified that the man was Magee — who had worked with the queen for four years up until her death.

The aide, who hails from Northern Ireland, was hired by Buckingham Palace back in 2018, replacing Samantha Cohen, who went on to work for the Duke and Duchess of Sussex.

Magee had previously worked as the private secretary for Prince Edward and, according to the Daily Mail, was chosen to be promoted to the plum role because of his “brilliant brain” and “great sense of humor.”

Indeed, the aide was was spotted with the monarch on several occasions in recent years, providing a comical contrast to the queen, who measured just 5 feet, 3 inches tall. 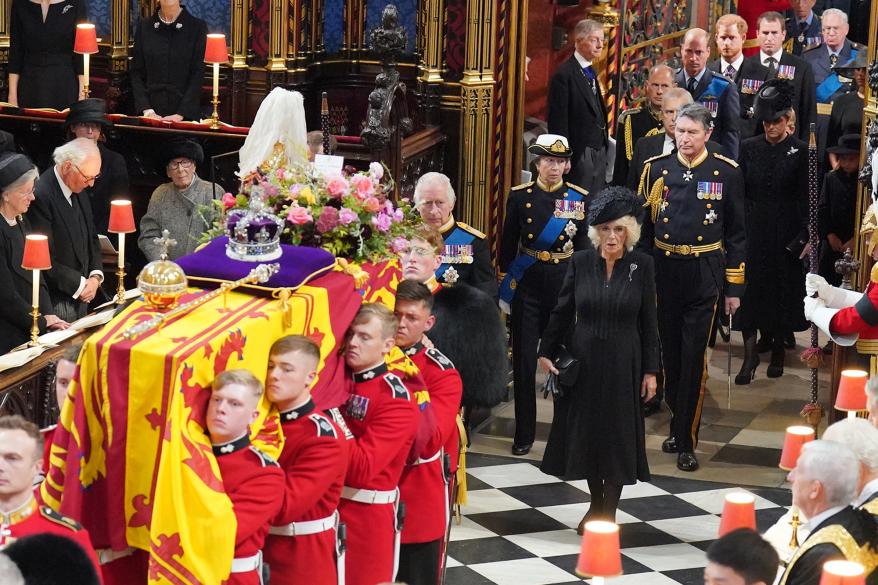 The queen’s coffin is seen being carried into Westminster Abbey ahead of senior royals on Monday. 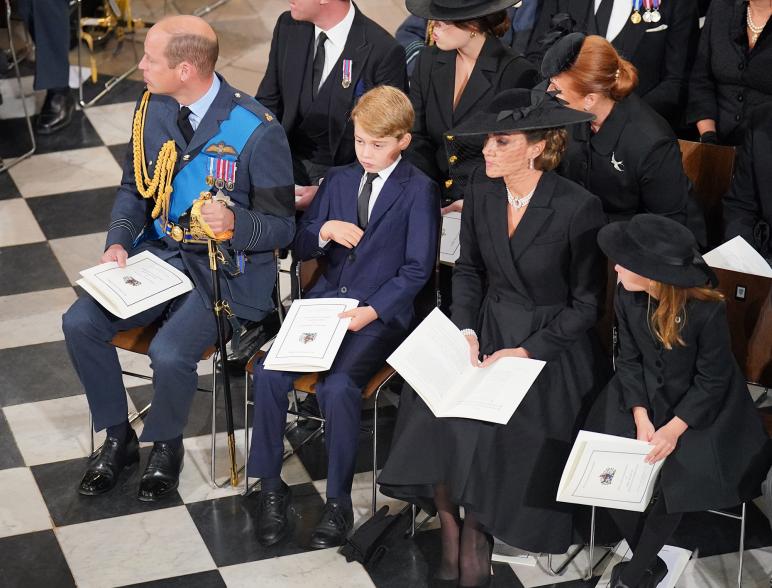 Magee was just one of many the many public figures in the spotlight at the history-making funeral on Monday — which was watched by billions around the world.

Eyebrows were raised with President Joe Biden and wife Jill were seated 14 rows back during the service at Westminster Abbey.

Meanwhile, third-in-line to the throne, Princess Charlotte, 7, was seen teaching big brother, Prince George, 9, some royal etiquette — instructing him to bow during the service. Hugh Hefner insisted on this tool for sex: ‘An...