The most pressing piece of business is done for the Islanders. You have heard all about the organization’s belief in its core. Well, from 2023-25, the bill for Mathew Barzal, Anders Lee, Brock Nelson, Kyle Palmieri, Jean-Gabriel Pageau, Casey Cizikas, Adam Pelech, Ryan Pulock, Noah Dobson and Alexander Romanov will come in at $53.05 million annually, which, even once the cap starts increasing in the latter of those seasons, will account for well over half of the team’s annual spending after Barzal signed a mammoth nine-year, $73.2 million extension on Tuesday.

The cap math will be complicated a year from now, barring a disappointing season that sees the Islanders become a seller at the deadline. In addition to Barzal’s annual salary going from $7 million to $9.15 million, Kieffer Bellows ($1.2M) and Oliver Wahlstrom ($894,000) are in line for extensions as restricted free agents while Scott Mayfield ($1.45M), Semyon Varlamov ($5M) and Zach Parise ($750,000) will need to be re-signed or replaced as unrestricted free agents. The salary cap, currently $82.5 million, is reportedly projected to rise by only $1 million next season before the flat cap era finally comes to an end in the summer of 2024.

All this to say: the Islanders’ cap situation right now, in which they will enter the season with approximately $3.23 million in space, could be a luxury they won’t have again until 2024. The exact number depends on whether the Islanders carry 22 or 23 on their opening night roster, and who ends up filling the last few spots, but the underlying conclusion remains the same: Lou Lamoriello will go into the trade deadline with a significant amount of space at his disposal, perhaps as much as $15 million.

It is imperative that he use it. 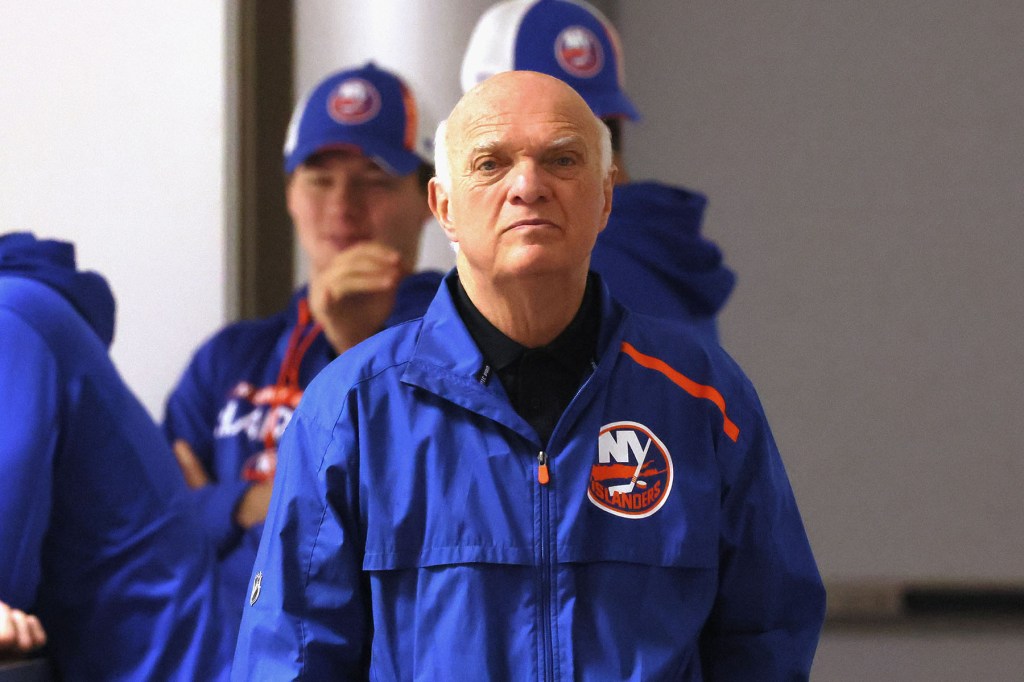 Islanders general manager Lou Lamoriello could have as much as $15 million of cap space at his disposal at the trade deadline, an amount he likely won’t have in the near future.Getty Images

The Islanders as constructed right now look like a playoff bubble team. With a similar roster last year, they ranked 22nd in per-game scoring, seventh in per-game defense, 12th in power play conversion rate, fourth on the penalty kill and 22nd in expected goals rate at five-on-five. If you are about to rattle off the myriad caveats that last year came with the Islanders, then also note that nearly every team that failed to make the playoffs in the East — Detroit, Ottawa, Columbus, New Jersey and even Buffalo — comes into this season with a chance to be markedly better.

The gaping hole on the roster remains the same as it was all summer: a wing who can take full advantage of Barzal’s creativity and score the puck. No one on the roster broke 60 points last season — Barzal and Brock Nelson tied for the lead with 59 apiece. Only one playoff team last season had a leading scorer with fewer than 80 points, as Anze Kopitar’s 67 points led a Kings team that lost in the first round. The Islanders harbor far greater ambitions.

Lamoriello mentioned on Tuesday the team aims to win not by scoring many goals but with “goal differential” — his way of reminding that the Islanders are going to be a defense-first team that leans on its structure. Nothing wrong with that, particularly when Ilya Sorokin has shown himself to be the kind of goaltender who can win games on his own. But it shouldn’t prevent the Islanders from entering the race for Patrick Kane, or for any other impact scorer, when the time comes.

Barzal has said all the right things about having improved the defensive side of his game and playing better without the puck when asked about his waning production. Lamoriello echoed that message as well on Tuesday, and there is truth in it. Still, if Barzal hovers around the 60-point mark each year, it will be hard to justify the price tag without an unexpected transformation into a Selke Trophy contender. 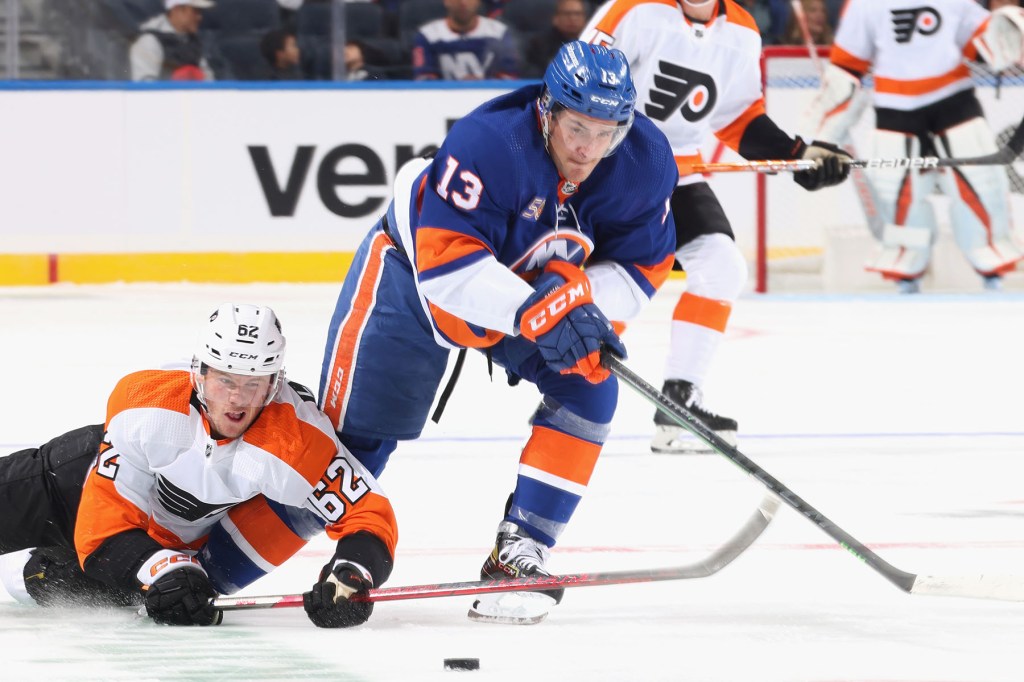 If the Islanders hope to reap all of the rewards from having Mathew Barzal on the ice, they may have to find an offensive partner for their $73.2-million center.Getty Images

Like everyone else, the Islanders saw what happened across town last year, when the Rangers went from a middling five-on-five team held up by goaltending and special teams play to a bona fide Stanley Cup contender by adding Andrew Copp, Frank Vatrano and Tyler Motte in March. That is a formula the Islanders can try and replicate, not least because their advanced stats at even strength last season and reliance on goaltending bore a remarkable similarity to the Blueshirts’.

It would also be a way of doing right toward their $73 million man.

The biggest question going into camp, the left-hand spot on the third defensive pairing, looks to have been more or less answered. Robin Salo has played alongside Scott Mayfield essentially since the Islanders hit the ice on Sept. 22, gotten practice and game time quarterbacking the second power play unit and acquitted himself well in the preseason. Just as telling, Ryan Pulock, the logical next option to run the second power play, hasn’t gotten much of a look at that spot. That leaves us to conclude if Salo is not in that spot for the season-opener, it means something has gone unexpectedly wrong.

As for roster intrigue, that leaves the extra defenseman and one or two forward spots (depending whether the Isles carry 22 or 23 men) at least somewhat open with two preseason contests left. 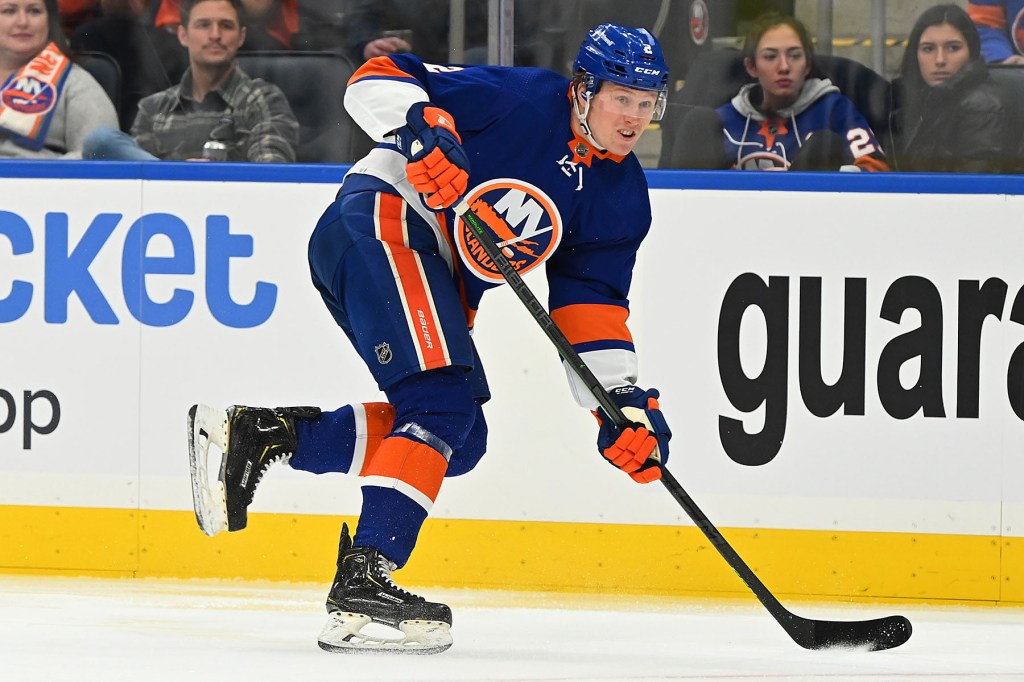 From the look at the ice time he has received this preseason, Robin Salo appears to have all but secured the left side role on the Isles’ third defensive pairing.Robert Sabo

Dennis Cholowski and Sebastian Aho both struggled badly in their preseason debuts against the Devils last week, with Cholowski in particular making a series of errors in his own zone. (Cholowski was eliminated from the competition on Wednesday, when he cleared waivers.) It looked as though a mistake-free final few games of the preseason would win Grant Hutton the job … then Hutton failed to corral a puck at the blue line in the third period on Tuesday against the Flyers, leading to a Tanner Laczynski go-ahead goal. So, stay tuned.

As for the forward spots, Simon Holmstrom looked like a promising candidate at the start of camp, but tailed off over the last week and was assigned to Bridgeport on Wednesday morning. Nikita Soshnikov, though, scored a laser goal in New Jersey and is putting himself in the roster mix.

The complicating factor is who Soshnikov would be displacing. Oliver Wahlstrom is waivers exempt, but quite talented and hasn’t played in the AHL since the 2019-20 season. Demoting him, in a contract year no less, would surely be a massive dent to the confidence the 22-year-old has spent the summer building back up after a rough 2021-22. Kieffer Bellows has played on NHL lines all camp, is also in a contract year and may not survive waivers. The Islanders signed Ross Johnston to a four-year extension only a year ago. Would they really put him through waivers? 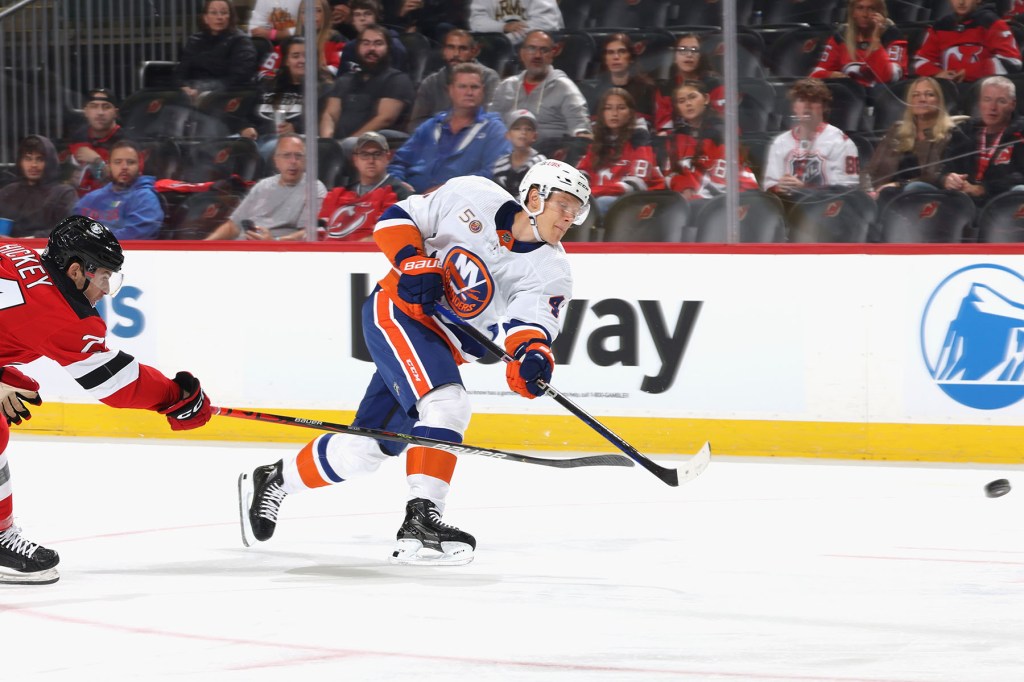 Nikita Soshnikov has played himself into consideration for a roster spot this fall, but the other names, and contract issues in his way may leave him out by opening night.Getty Images

Injuries might spare the Islanders a tough decision — Wahlstrom, Cal Clutterbuck and Scott Mayfield didn’t skate on Tuesday or Wednesday, and Clutterbuck has missed the last few days, with no details given on the nature of their issues. Barring that, though, it’s not clear what the path would be for Soshnikov to get a roster spot.

Assuming full health, based on training camp and the preseason thus far, here’s our best guess at what the lines and pairings will look like. We’ll update this again next week as the forward lines in particular have been a work in progress throughout camp: What the Knicks’ preseason opener said about... 6 Anne Heche ‘brought so much’ to final film role: Joey...

7 ‘Fame’ and ‘Flashdance’ singer Irene Cara’s cause of...