If the Yankees lose Aaron Judge, here’s how it could happen LAS VEGAS — What the now-completed general managers meetings amplified is that the Yankees could lose Aaron Judge.

Not that they will lose him. But they could. They remain the favorite to keep their star. But it was not difficult to find executives and scouts who believe he will land elsewhere. Which works nicely for him, even if Judge’s goal is to stay. An edgy Hal Steinbrenner is a Hal Steinbrenner likely to increase his bid.

Let’s use 3Up to delve into two items that should help Judge in the market and finish with one item on what really matters:

1. A real competitor. I know there has been talk that the Dodgers might Dodger, which is to say: Enter the fray if they sense a star is not finding a desired market and offer something shorter in years but for a high annual salary. Think back to what they offered Bryce Harper before the Phillies landed the slugger, or to Trevor Bauer, whom they did land (to their later chagrin). Judge will not have a depressed market. There is probably no sidedoor in.

The Mets? This is not the vibe I am getting about where they want to take the payroll. The Red Sox? The Cubs? I think both are planning to spend to try to regain relevance, but they are more likely to be in the shortstop market. 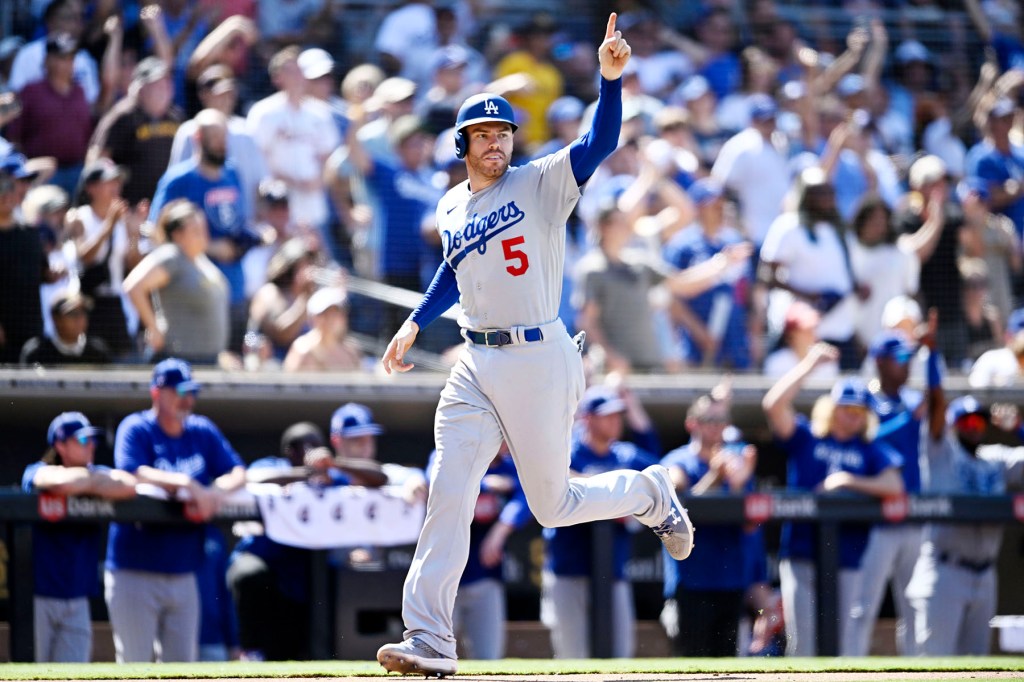 As they showed in luring Freddie Freeman from Atlanta, the Dodgers are looming with the resources to pull high-priced stars away from any team.Getty Images

There always could be a mystery team or teams. But this is about the Giants. The team Judge rooted for when growing up not far from San Francisco. The Giants have made the playoffs just once in the past six years, and they have bled nearly one million fans in that time — their attendance was 3.4 million in 2016 when they completed a period of making the playoffs four times in seven years (and winning three titles) and 2.5 million this year after going from a team-record 107 wins in 2021 to an 81-81 finish.

But think of it this way: If Judge signs, the Giants know — know — that will lead to the sale of a lot of season tickets. Does that happen if they sign, say, Carlos Correa or Trea Turner?

There is an industry sense that Zaidi prefers to spread his dollars around and not invest so heavily in one piece, especially one that will begin a long deal next year at the age of 31. Zaidi noted that after the 2018 season, “We went really hard after Bryce Harper.” But Harper was entering his age-26 season when the Giants showed a willingness to top $300 million in a deal. 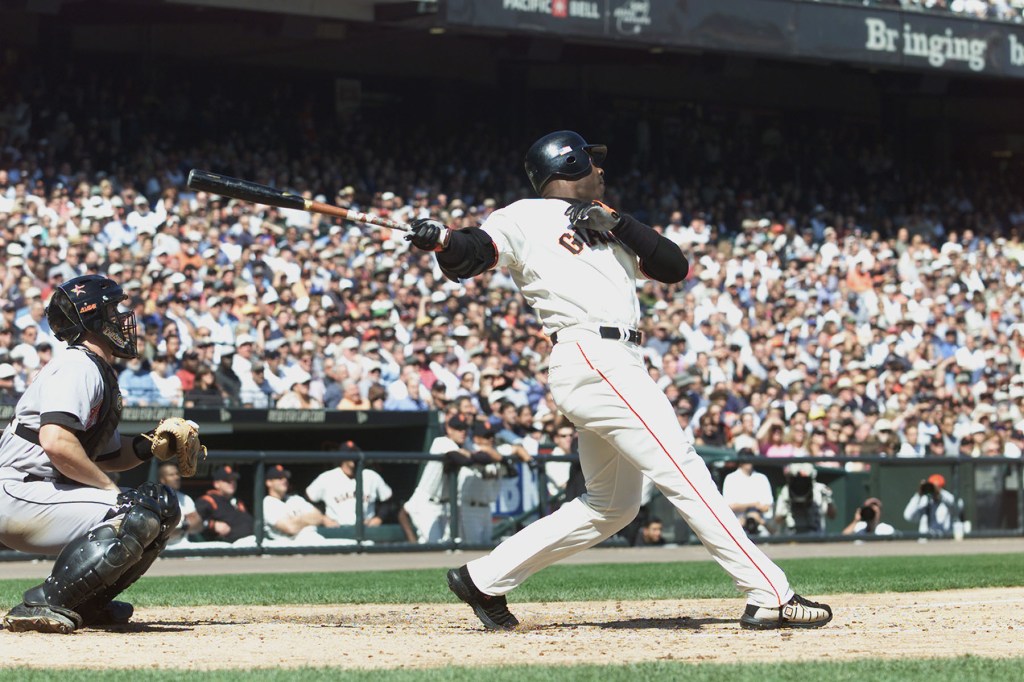 The Giants know well what kind of impact adding a famed slugger such as Barry Bonds can have on attendance.Getty Images

Also, the Giants essentially can add a player anywhere. So is the right agenda for the Giants to spend huge at one position rather than disperse their dollars to address a depth chart in great need of help?

“That’s a fair point,” Zaidi said. “Everybody’s dealing with that same trade-off between trading some sort of financial resources on one or two roster spots versus being able to hit multiple spots. But from a financial standpoint, there’s nobody that would be out of our sort of capability to be what we think the contract demands will be, and then it’ll just be a question of whether it’s mutual interest in how we put together the best possible team.”

2. A reason to leave. The issue that will not die is that many Yankees players are miserable over the way they were booed at home, particularly in the playoffs, and specifically over any boos directed toward Judge after one of the greatest regular seasons ever.

Is this really a reason for Judge to leave? Is this notion just being elevated for negotiating leverage?

Let’s step away from Judge a moment to talk generally about free agency when a team wants to keep a player and it is in the best interest of the player and agent to — at minimum — create the perception that the player is not quite as deeply in love with the franchise as might have been previously believed. The team, after all, has to believe that the player will leave or else the player loses considerable leverage. If the Yankees, for example, do not believe Judge will actually take an offer from the Giants or any other team, why keep raising their offer?

Some unease between player and organization comes naturally in this environment. 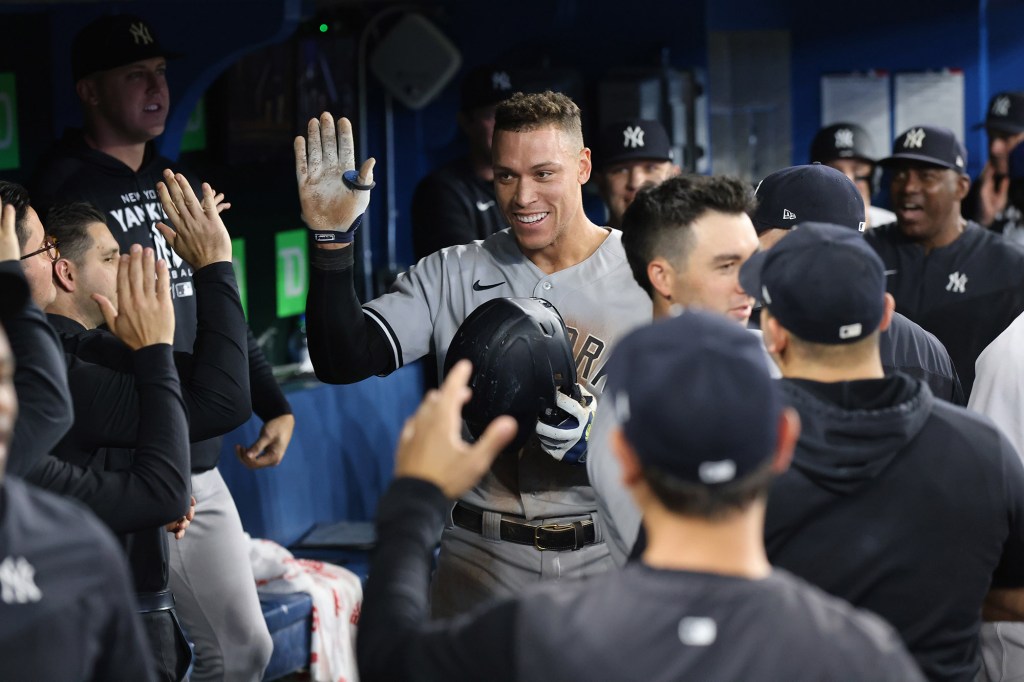 Without regular contract with teammates or club executives, Aaron Judge’s thoughts about his future could be a bit of a mystery to the Yankees.Charles Wenzelberg/New York Post

The player is no longer surrounded by his teammates with a common daily goal. The player no longer is under team control. There is no longer daily contact. The silence creates issues. Why aren’t we talking? Do they really want me as badly as they say? Are they talking to others? Are they badmouthing me in the industry?

Also, it coincides with when players can begin talking to other organizations, and this dialogue is usually all positive. You are hearing how great you are from someone new. The red carpet is unfurled. You are being made different contract offers with various structures. It is flattery on steroids.

To this atmosphere, throw in the potential that the player might have some real grievances.

Is Judge really furious that Brian Cashman announced the seven-year, $213.5 million extension offer that the slugger rejected in spring training?

Is Judge uncomfortable with the all-business, joyless ambience that has covered the Yankees?

Is Judge upset his 62 homers were dismissed so quickly by booing fans in The Bronx because of his rough postseason?

Some of this or all of this could be manufactured. None of it might truly be a factor. But it is certainly in Judge’s best interest for the Yankees to think it matters. And it all is circulating now.

3. So here we are again at a place I have been previously and will be again when it comes to this negotiation: All that really matters is what Judge actually wants and what Hal Steinbrenner is willing to do. 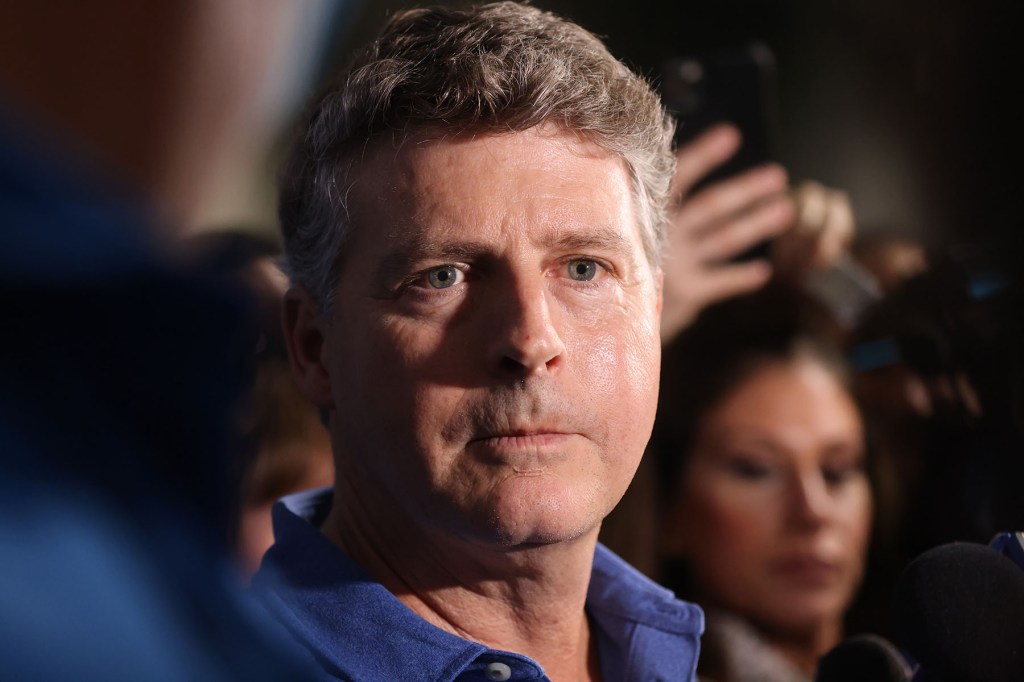 How much is Hal Steinbrennber willing to increase the Yankees’ offer to Aaron Judge from the $213.5 million deal that was rejected this spring?Charles Wenzelberg / New York Post

Is Judge really open to leaving or has he let his agent know to put on the show, but get him back to The Bronx? If he wants to leave, the Giants, at minimum, are out there with a significant wallet. There are reasons for disenchantment in the only place that Judge has ever played.

As for Steinbrenner, is he committed to bringing back Judge at pretty much any cost, or does he have a limit in mind in either contract years or (more likely) dollars? Steinbrenner clearly has not liked the mounting boos toward him (at the Derek Jeter ceremony, in particular) and the criticism, notably that he is cheap.

Does that motivate him to avoid the jeers by doing whatever is necessary to keep Judge? Or does he have enough concerns about signing the kind of long deal that almost certainly will go bad during its term and believe the Yankees can diversify the money in other ways to remain a contender?

The GM meetings gave both sides more information in this negotiation. The Giants are no longer a theoretical threat. They literally can sign Judge today if they want.

The period of potential hard feelings between a star and his career-long team has begun. How does it end?

yankees aaron judge could happen
Read The Rest at
nypost.com