Ah, weddings – a time for love, and if you live in the “Game of Thrones” or “House of the Dragon” world, a time for carnage and death.

[Warning: Spoilers ahead for episode 5 of “House of the Dragon.”]

In the fifth episode of the “GoT” spinoff “House of the Dragon” (Sundays at 9 p.m. on HBO), there’s a wedding. So, naturally, it turns into a disaster with a dramatic murder.

“GoT” infamously had the Red Wedding (Season 3’s episode “The Rains of Castamere,” in which Robb Stark, his mom, his wife and unborn child were brutally slaughtered). That show also had the Purple Wedding (Season 4’s “The Lion in the Rose”) in which the odious villain Joffrey (Jack Gleeson) infamously choked to death, poisoned, at his own nuptials.

Now, add Rhaenyra and Laenor’s ceremony to the list. Another Joffrey has died at a wedding in Westeros. 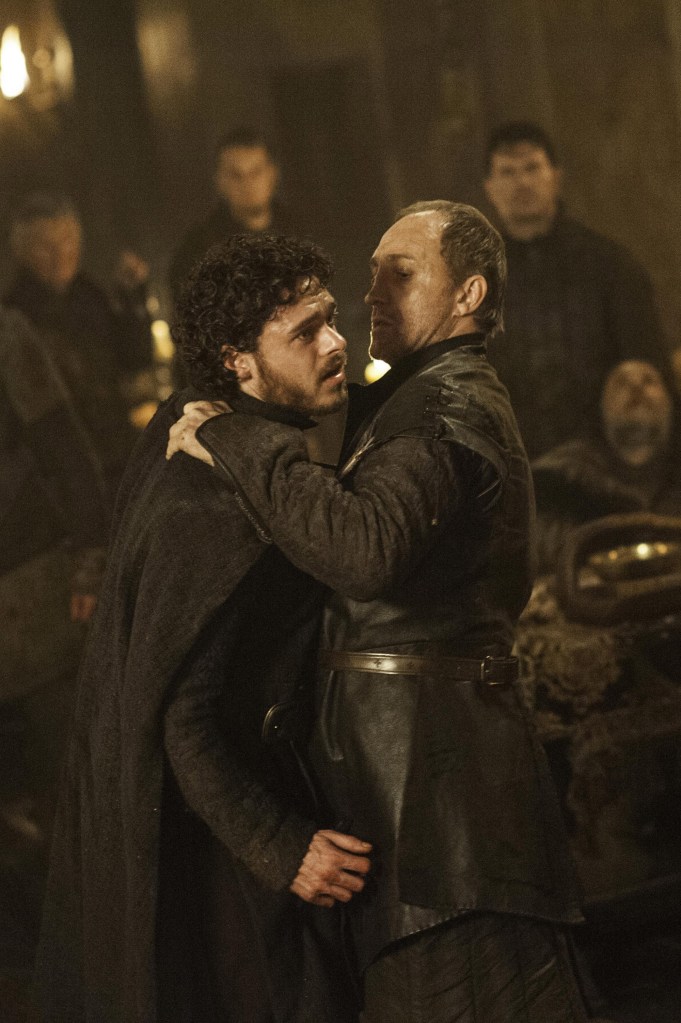 Robb Stark (Richard Madden) getting stabbed at the Red Wedding in “Game of Thrones.” HELENSLOAN 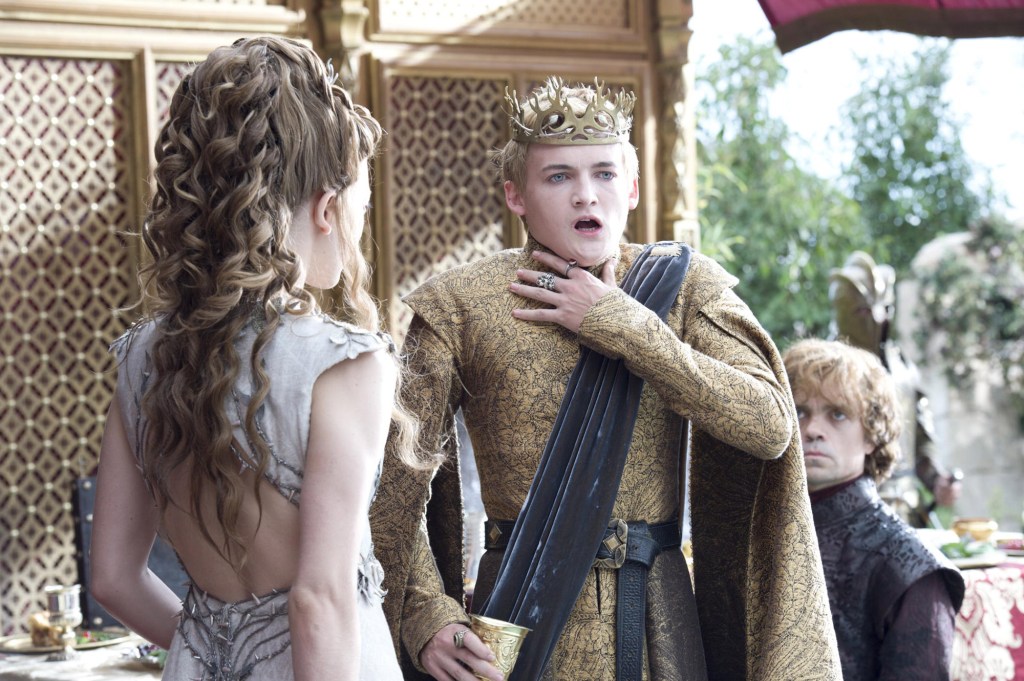 Joffrey (Jack Gleeson) dying at the Purple Wedding on “Game of Thrones.” 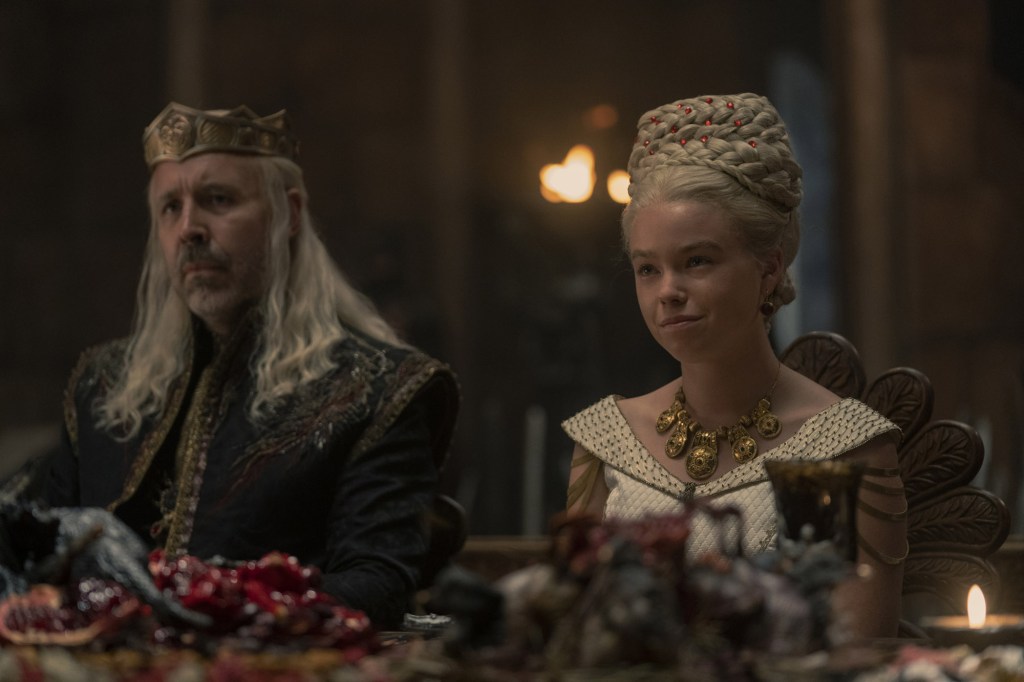 This Joffrey (Solly McLeod) in “House of the Dragon” is much nicer than the one from “GoT.” He’s the boyfriend of Laenor, who Rhaenyra (Milly Alcock) is marrying, in a political arrangement between their families. It turns out that Rhaenyra’s fiancé is gay, so they agree to have an open marriage where they can both see other people on the side. Laenor can continue dating Joffrey, and Rhaenyra can keep seeing her dreamy protector, Criston Cole (Fabien Frankel) who she slept with last episode.

The wrench in this plan? Criston doesn’t want to be Rhaenyra’s side piece. And, he’s enraged that she’s not willing to give up her crown to run off and marry him. He’s so furious, he turns full psycho and murders Joffrey in public, just for the crime of approaching Criston about the fact that both of them are dating the bride and groom. Joffrey isn’t taunting him about it, he just wants to make sure that they’re all on the same page with their unconventional relationship.

But, Criston snaps and murders him, making a full pivot from Prince Charming to Michael Myers. 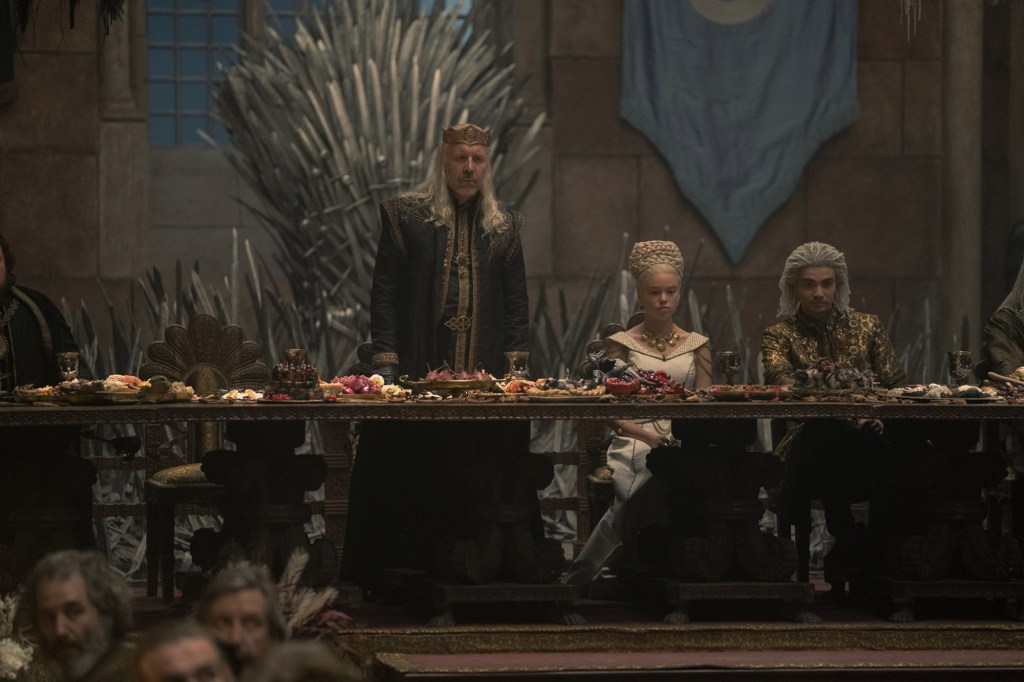 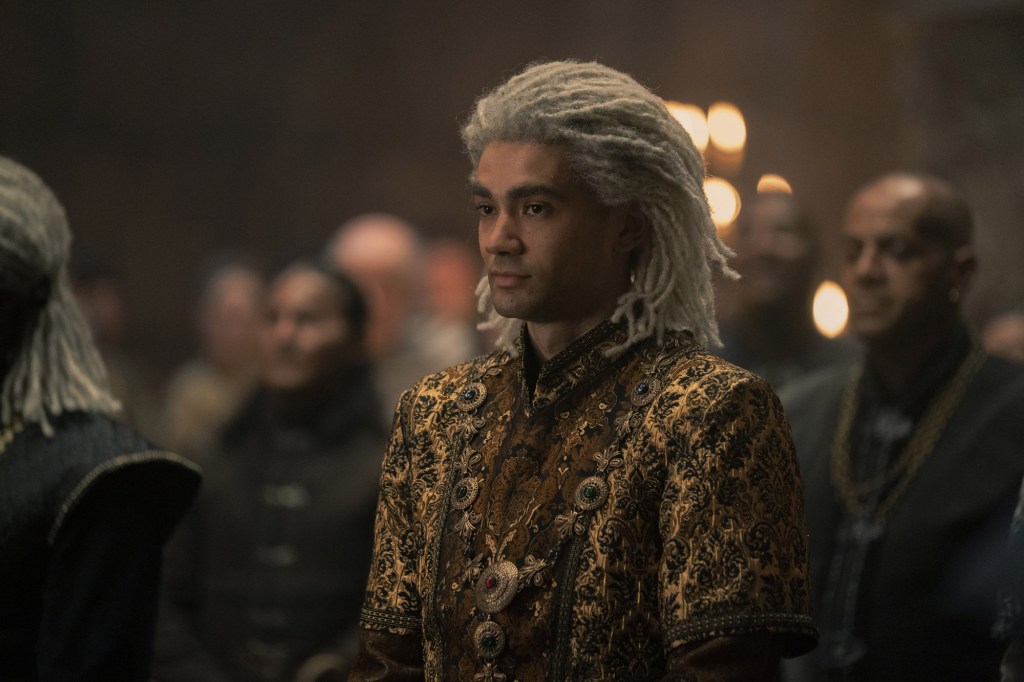 Theo Nate as Laenor Velaryon on “House of the Dragon.” HBO

The wedding wasn’t exactly going well even before the murder – Daemon (Matt Smith) shows up, smirking, and his exasperated brother King Viserys (Paddy Considine) allows him to join their table, even though they had a falling out last episode about Daemon making out with Rhaenyra in a brothel. You know, regular family antics. Daemon also recently murdered his own wife, and she’s got some family members attending this event who aren’t happy with him — which makes for some awkward moments.

Daemon also dances with Rhaenyra, while her angry father looks on.

To make matters worse, Alicent (Emily Carey), Rhaenyra’s former best friend and current stepmother, has now turned against Rhaenyra, since she’s found out that while she defended Rhaenyra from the rumors about her sex life last episode, Rhaenyra lied to her. To show that she’s no longer supporting her stepdaughter, she makes a dramatic entrance in a green dress (which symbolizes war for her house, someone whispers on-screen), interrupting the king’s speech and creating a tense moment.

Spoiler alert from the book “Fire & Blood” – this story is leading to a civil war between factions that are essentially Team Alicent and Team Rhaenyra. So, this is a big step in that direction. 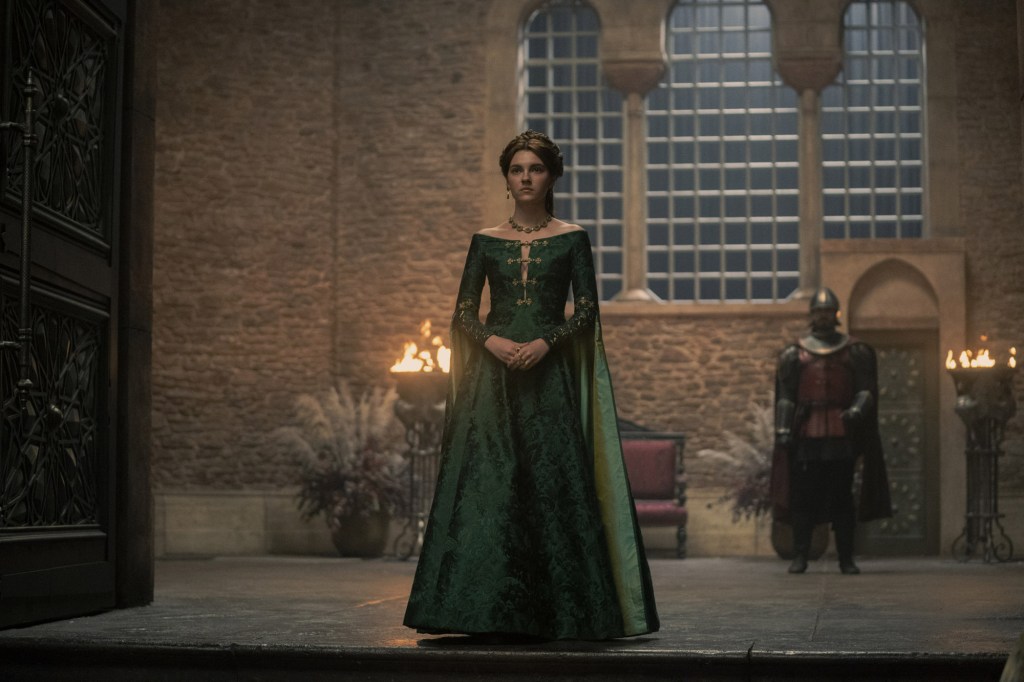 Alicent (Emily Carey) in her infamous green dress on “House of the Dragon.” HBO 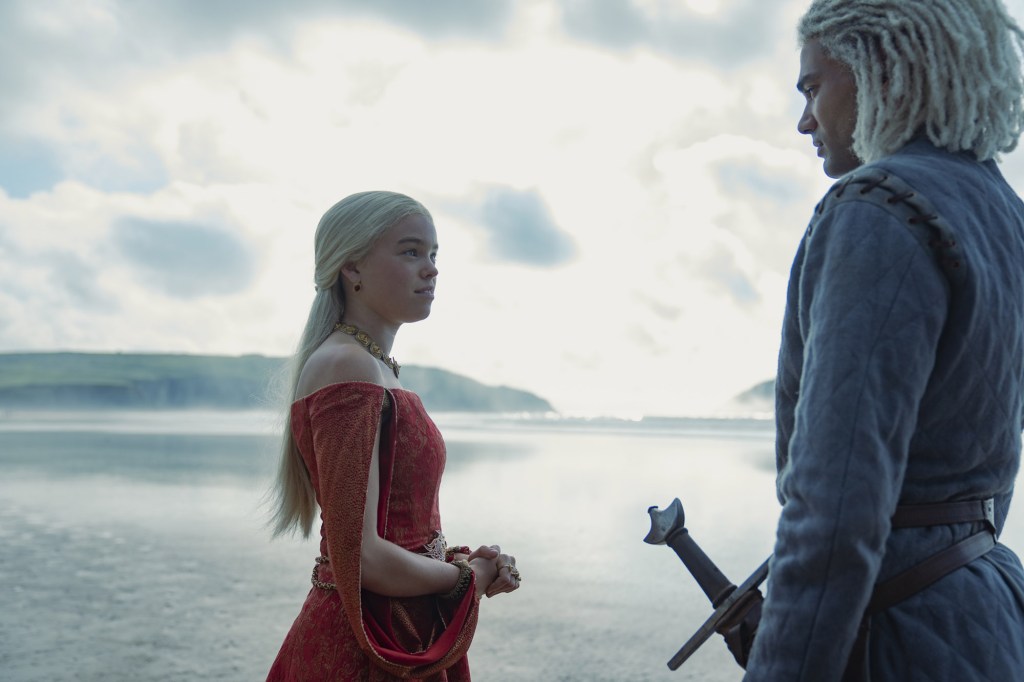 Rhaenyra (Milly Alcock) and her fiancé Laenor (Theo Nate) agree to have an open relationship on “House of the Dragon.” HBO

All of these uncomfortable interactions culminate with Criston going off the rails and murdering poor Joffrey, who should have known better than to attend a Westeros wedding. People named Joffrey should really just sit those out.

The episode ends with Rhaenyra and a weeping Laenor tying the knot while the dead body of Laenor’s boyfriend lies in the background.

Weddings in Westeros – so romantic!