Hayden Panettiere: ‘I hit rock bottom,’ was addicted to opioids and alcohol Hayden Panettiere was on a downward spiral during her acting career and turned to drugs and alcohol.

The 32-year-old “Heroes” star revealed she had a secret addiction to opioids and suffered from alcoholism as well as postpartum depression.

“I was on top of the world and I ruined it,” she told People recently. “I’d think I hit rock bottom, but then there’s that trap door that opens.”

Panettiere shares a daughter, Kaya, 7, with her ex Wladimir Klitschko, a Ukrainian boxer, and sought help for her health battles for the sake of her family after years of public drama.

“I put a lot of work into myself and I had to be willing to be incredibly honest,” she divulged.

The “Nashville” alum attended both trauma therapy and inpatient treatment within the last year to help her heal. She’s even set to make a career comeback with “Scream 6,” portraying her character from the teen horror franchise, Kirby Reed.

Panettiere explained how her sobriety “hasn’t been easy.”

“There were a lot of ups and downs,” she said. “But I don’t regret even the ugliest things that have happened to me. I feel incredibly accomplished. And I feel like I have a second chance.” 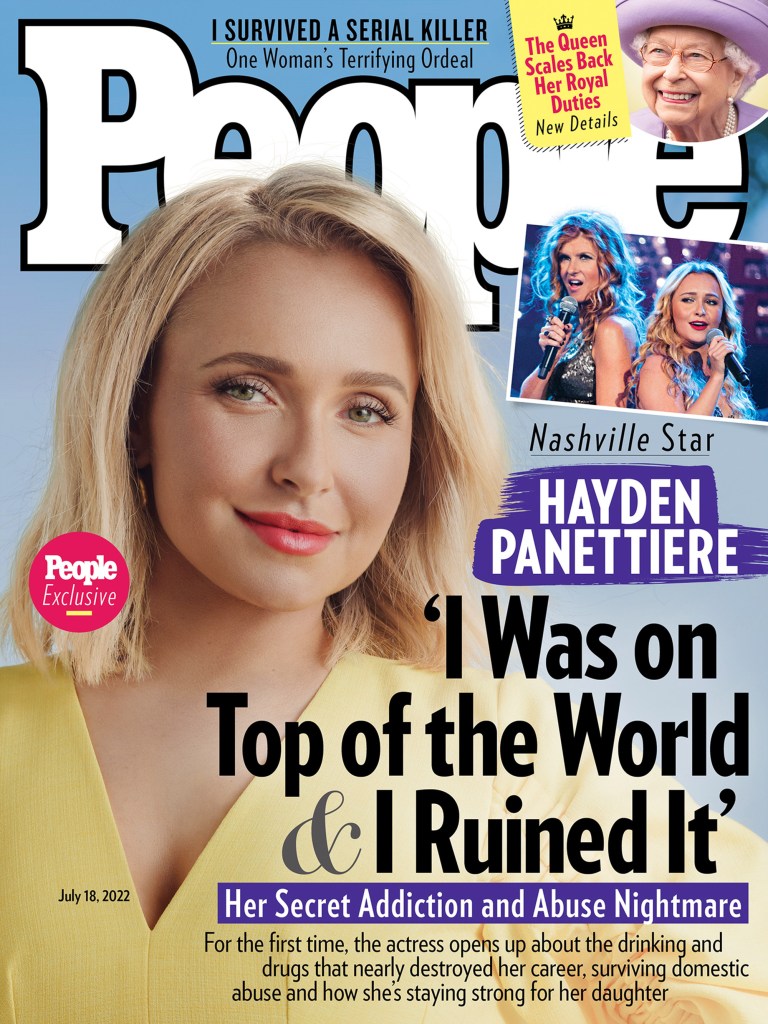 Panettiere got candid about her drug and alcohol struggles in a new profile in People magazine.Nolwen Cifuentes

The mother of one also recalled how when she was a teen child star, her camp would give her “happy pills” before she attended red-carpet events.

“They were to make me peppy during interviews,” Panettiere looked back. “I had no idea that this was not an appropriate thing, or what door that would open for me when it came to my addiction.”

She then noted that despite being on her drug and alcohol benders, her Hollywood career grew. “My saving grace is that I couldn’t be messy while on set and working,” the “Ice Princess” actress said. “But things kept getting out of control [off set]. And as I got older, the drugs and alcohol became something I almost couldn’t live without.” 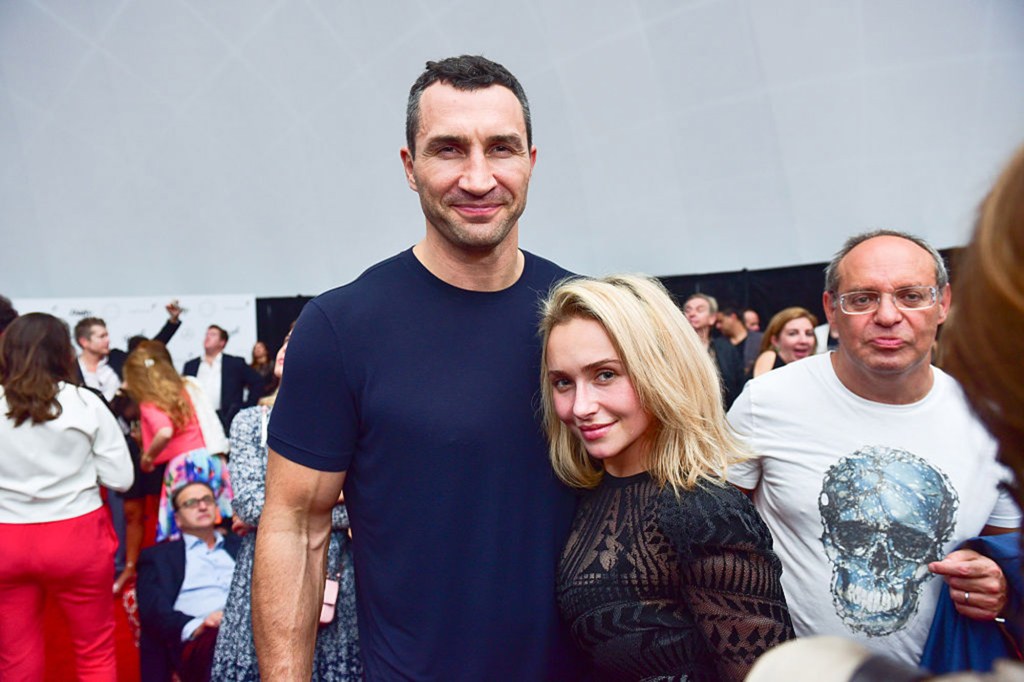 After she scored her role as country singer Juliette Barnes on “Nashville” in 2012, her postpartum depression arose and her dependency on alcohol worsened. Her pregnancy was also written into the musical drama series.

“Those were really tough years,” Panettiere remembered. “I could relate to a lot of those storylines like the alcoholism and postpartum depression. They hit close to home.”

She would later start a relationship with Klitschko, now 46, in 2009 and said their courtship began to falter when she would sneak away to drink. “He didn’t want to be around me,” she recounted. “I didn’t want to be around me. But with the opiates and alcohol I was doing anything to make me feel happy for a moment. Then I’d feel worse than I did before. I was in a cycle of self-destruction.” 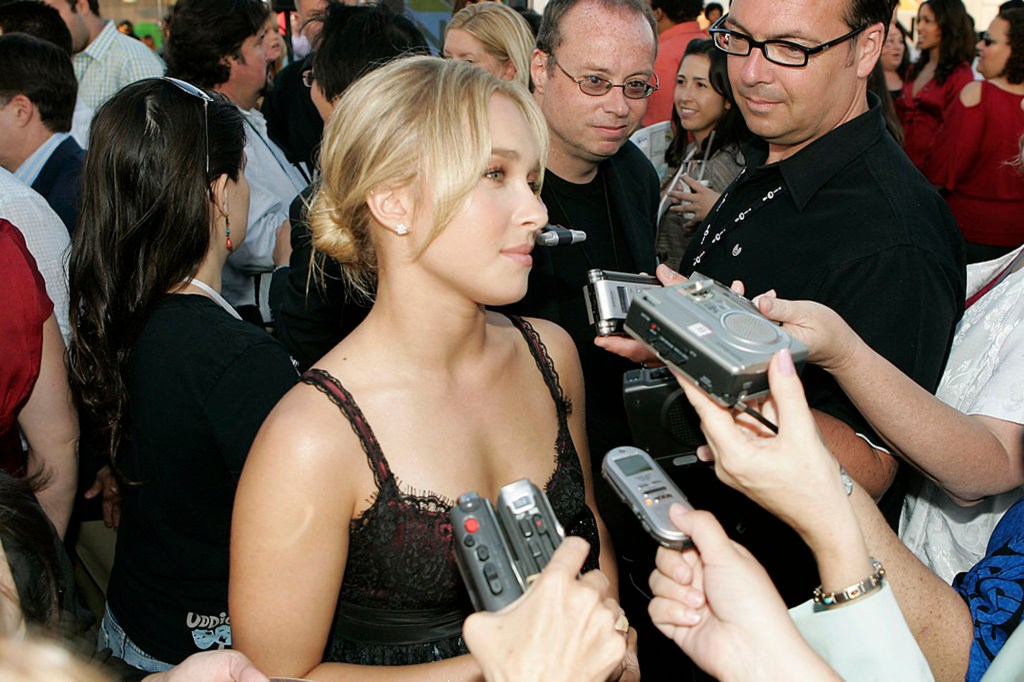 “I was on top of the world and I ruined it,” the “Nashville” alum said. “I’d think I hit rock bottom, but then there’s that trap door that opens.”NBCUniversal via Getty Images

Her drinking increased and she was hospitalized with jaundice and her liver was about to “give out.” She later sent Kaya to live with Klitschko in Ukraine so she could get better.

Panettiere has mainly stayed out of the spotlight in the last few years amid her ongoing issues with boyfriend Brian Hickerson, whom she started dating in 2018.

The pair got into an on-camera fight in March after having drinks at the Sunset Marquis hotel in West Hollywood, California.

The couple got into a previous physical altercation in Los Angeles in May 2019 that led to Hickerson being arrested on felony domestic violence charges. He was ordered to stay 100 yards from Panettiere at the time. However, the case was dismissed in October of that year and Hickerson was arrested again and charged with domestic battery in 2020.

The former child star also underwent rehab for eight months and praised their program for giving her the tools to “get over the hump” of her addictions.

“It’s an everyday choice, and I’m checking in with myself all the time,” Panettiere said. “But I’m just so grateful to be part of this world again, and I will never take it for granted again.” Robert Irwin reacts to woman asking for his...