Golden Globes will return to NBC in 2023: report After a year off from television broadcast, the embattled Golden Globe Awards will reportedly return to NBC next year.

The network is allegedly eyeing Tuesday, Jan. 10, 2023, for the event, “multiple high-level sources” told The Hollywood Reporter on Tuesday.

Traditionally, the Globes happen on a Sunday in January, but the month is nearly booked already. The first Sunday in January 2023 is New Year’s Day, and the following Sunday, Jan. 8, is the last day of the NFL’s regular season — meaning “NBC Sunday Night Football” would get that slot. In addition, the Critics Choice Awards already occupies the Sunday after that — Jan. 15.

NBC abruptly pulled the plug on the awards show last year after multiple allegations that the HFPA had serious diversity and ethical issues.

The 87-member organization most notably had a lack of black members among the “international” journalists based in Los Angeles.

After a bombshell LA Times report in February 2021 detailed the group’s lack of inclusion — and denounced it as an “insular, improbably powerful group” — the Time’s Up organization was joined by Hollywood notables including Shonda Rhimes, Kerry Washington, Judd Apatow, Alyssa Milano, Amy Schumer and more in slamming the group for its shortfalls, reiterating that “a cosmetic fix isn’t enough” in a barrage of solidarity tweets.

“We continue to believe that the HFPA is committed to meaningful reform. However, change of this magnitude takes time and work, and we feel strongly that the HFPA needs time to do it right,” NBC said in a statement at the time.

“As such, NBC will not air the 2022 Golden Globes. Assuming the organization executes on its plan, we are hopeful we will be in a position to air the show in January 2023,” it continued.

HFPA responded to the cancellation, vowing to implement changes “quickly.”

“Regardless of the next air date of the Golden Globes, implementing transformational changes as quickly — and as thoughtfully — as possible remains the top priority,” the board said in a statement obtained by The Wrap. “We invite our partners in the industry to the table to work with us on the systemic reform that is long overdue, both in our organization as well as within the industry at large.”

Late last month, the organization announced that it planned to create “a new private entity” to manage the awards show. According to a press release, the new company “would acquire all rights for the Golden Globes intellectual property and be empowered to oversee the professionalization and modernization of the Golden Globe Awards.” The organization’s “charitable and philanthropic programs,” meanwhile, would operate within a “separate non-profit entity.” 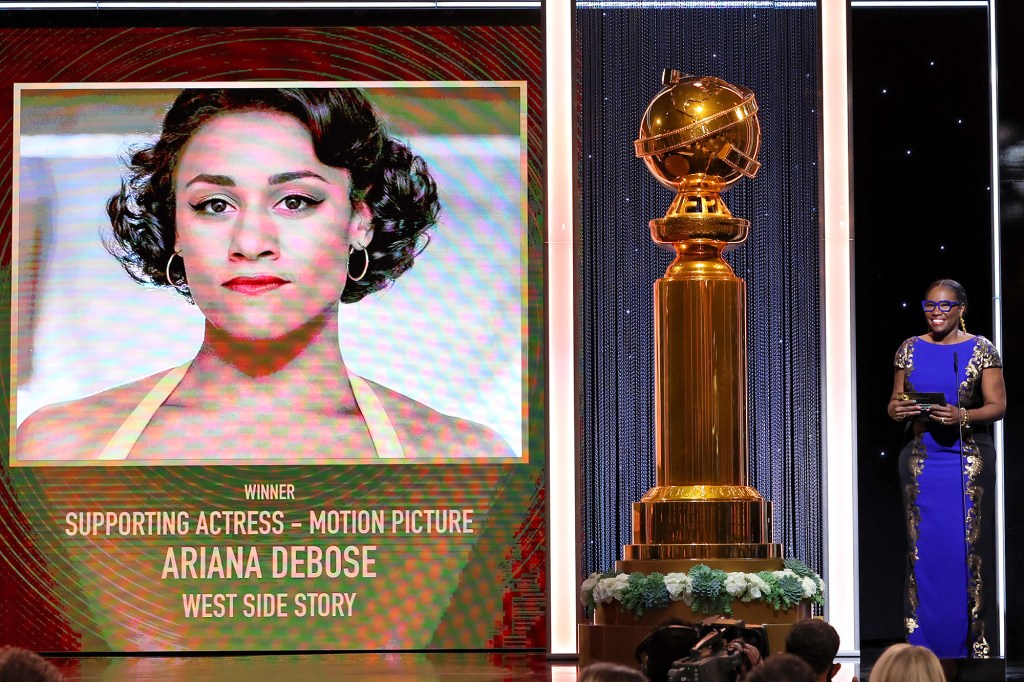 The 2022 Globes award ceremony was not broadcast anywhere — not even on streaming sites — after NBC pulled out. Getty Images

The organization also said it would add additional Golden Globes voters “to increase the size and diversity of the available voters” for the annual ceremony.

The 2022 Globes award ceremony was not broadcast anywhere — not even on streaming sites — after NBC pulled out. Instead, the winners were tweeted out and also announced through the 90-minute ceremony on the Golden Globes website.