By any measure — including the one created by defensive line coach Andre Patterson — the Giants’ pass rush wasn’t good enough against the Cowboys on Monday night.

“We talked [for two days] about how we didn’t get enough pressure on the quarterback,” defensive tackle Dexter Lawrence said. “I feel like that starts with the guys up front. Me, mostly. I put a lot on me to get him off his spot, to get him moving, throwing off his back leg and things like that. Got to be better.”

Instead of traditional statistics like sacks, quarterback hits and hurries — of which the Giants managed zero, two and five, respectively, against the Cowboys — defensive linemen are credited internally for getting a passer “off his spot.” Did he plant his back foot and step into the throw? Or was there disruption that forced a throw too high, too low or too quick?

The intention is to recognize the little things, but the problem is that the Giants didn’t do enough of those against the Cowboys, either. An unofficial tally shows that Cooper Rush made an off-balance throw on just six of 31 attempts, not accounting for some designed rollouts. 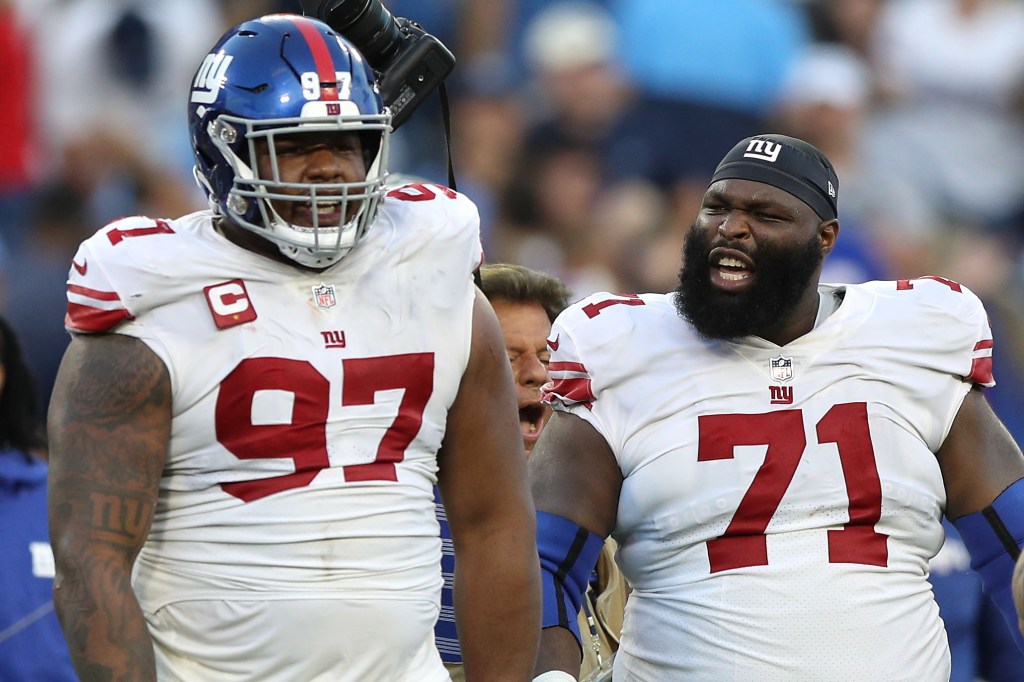 “Affecting the quarterback computes to winning way more than sacks,” Patterson recently told The Post. “As a coach, I’ve got to get them to buy into that. They buy into what they’ve been told their whole life: That their value is getting the [quarterback] on the ground. Don’t get me wrong: I want to get him on the ground, too. But their value is more than that, and they have to understand that if your defense is going to be successful.”

The Giants will draw a unique challenge Sunday against the Bears, who have by far the fewest completions (23, next closest is 45) and pass attempts (45, next closest is 79) in the NFL. And yet the Bears still have allowed the sixth-most sacks (10) as Justin Fields has been sacked on 18.1 percent of his 55 dropbacks, which is more frequently than three other NFL quarterbacks are pressured, according to Zebra Technologies.

So, there might be high-quality, low-quantity opportunities to get a pass rush with just three sacks in three games on track.

“If you pay me $12 million and I give you 12 sacks on 650 pass-rushing attempts through the course of 17 games, is that worth $12 million? Is that my value?” Patterson said. “I hope that you don’t see yourself in that light. There’s nothing in professional sports that you could be 12 of 650 and they would pay you a nickel for. You have to understand what you are trying to do [on the other 638].”

The flip side of the coin is that the run-heavy Bears must be salivating at a chance to duplicate the Cowboys’ success in averaging 6.4 yards per carry against the Giants.

“That was unacceptable from all of us up front,” Lawrence said. “They schemed us up well, got good leverage. We’ve just got to play harder and more disciplined with our techniques.” 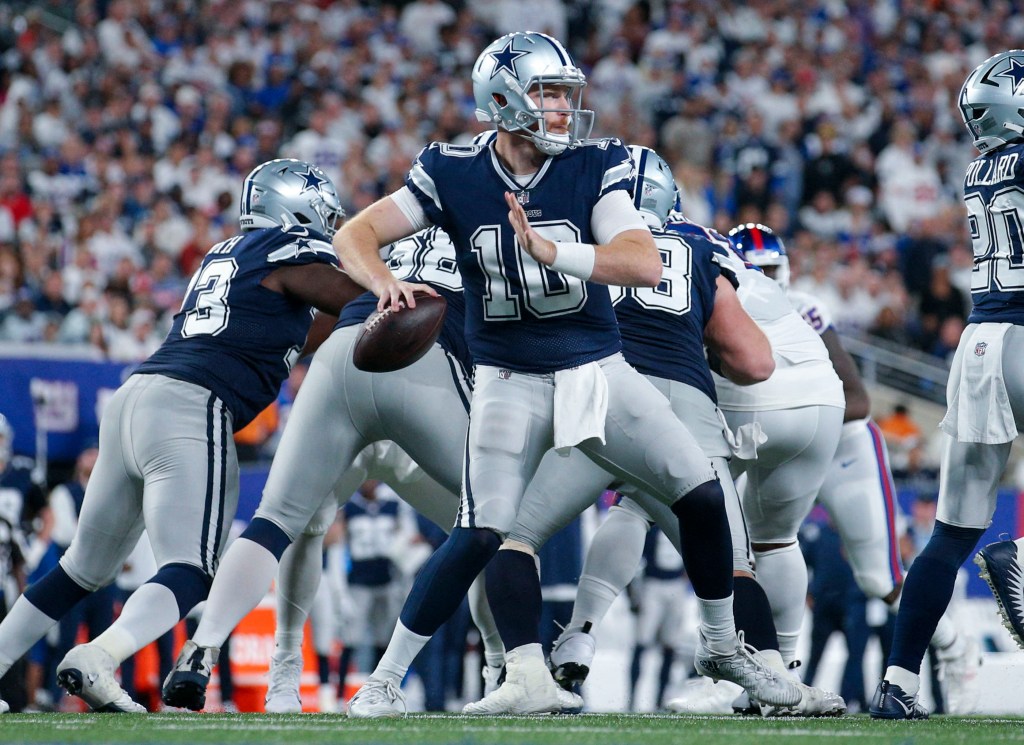 “They were just out-leveraging us on the edge,” Lawrence said. “That’s what you saw on film. We’ve just got to do a better job of knocking the guys back as a unit and pressing the running back hips just to get him down.”

Only the Browns have run the ball more frequently and for more yards than the Bears (104 attempts for 560 yards), who are led by second-year back Khalil Herbert’s 7.3 yards per carry, three touchdowns and 93 rushing yards over expected, according to NextGenStats. Overly aggressive pass-rushers could get caught out of position in unexpected rushing situations.

No creative way needed to define that measure of defensive success.