Quick hitters and waiver wire advice for a handful of notable players after Week 13 of the fantasy football season:

A week late to this, because we thought James Robinson would get worked into a significant role. We no longer harbor that belief. We like Knight as long as Michael Carter remains sidelined.

Rashaad Penny and Travis Homer already were out. Then rookie starter Kenneth Walker went down with an ankle issue Sunday. If he misses time, expect Dallas to lead a two-headed committee with Tony Jones Jr.

The Detroit offense is rolling, and with Chark looking 100 percent again, he should provide enough production to warrant an occasional fantasy start as Amon-Ra St. Brown’s sidekick.

Led all tight ends in Week 13 targets (8) heading into Monday. With that kind of volume, he can produce even with the nadir version of Russell Wilson as his QB. 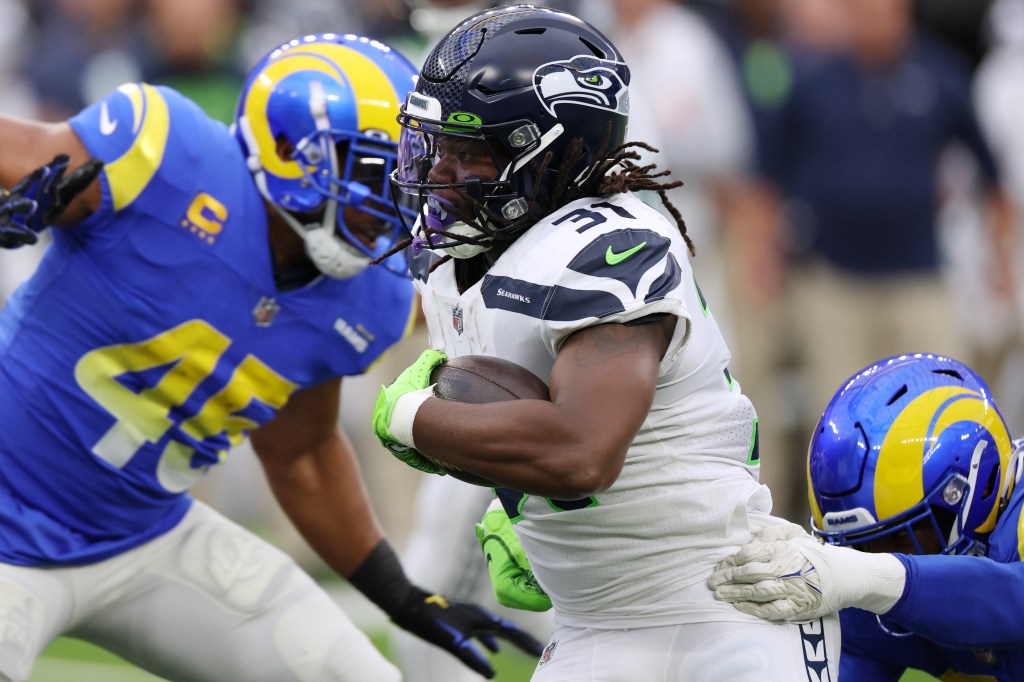 With “Seattle running back” now the most dangerous job in America, expect the Seahawks to lean more heavily on the passing game. So the Great Geno Awakening becomes even “awakener.”

Washington has a bye next week, but we like the volume we’ve seen recently from Robinson. Reminds us of James Conner: Not terribly flashy, but good enough to produce if given enough opportunity.

Had a nice game while Aaron Jones was dealing with a shin issue. If that issue lingers past the upcoming bye week, we’re on board with starting Dillon, even against a relatively stout Rams run D.

Akers has at various times been the assumed heir to the feature role to banished to the bench. Now, he’s back to toil with our emotions and rosters again. Gets bad run defenses next two weeks — Raiders and Packers.