Evan Fournier vs. Quentin Grimes: Who makes the most sense as the Knicks’ starter? The initial plan was expected, and the reaction was predictable.

On the first day of training camp, Tom Thibodeau said Evan Fournier — and not promising second-year player Quentin Grimes — likely would be his starter at shooting guard, prompting Knicks fans to immediately storm Twitter with their outrage.

This move by Thibodeau, if it stands, actually makes sense, and I’m a Grimes believer. (It should be noted that Grimes was spotted in a walking boot Wednesday due to left foot soreness and is day-to-day, though he did practice on Tuesday.)

Let’s break down the pros and cons of starting Fournier and bringing Grimes off the bench.

As Bill Parcells might say, let’s not induct Grimes into Springfield, Mass.— site of the Naismith Basketball Hall of Fame — just yet. Yes, he showed some glimpses of promise in 46 games last year — a bout with COVID-19 and a dislocated knee cap limited him from doing more — and was one of the best players in the Las Vegas Summer League, averaging 22.6 points, 4.0 assists, 3.4 3-pointers made and posting a plus-10 rating. But the 22-year-old remains unproven. His sample size is tiny.

Fournier, on the other hand, has been a productive NBA player for nearly a decade. He’s a lights-out shooter when right, and after a slow start last year, hit 38.9 percent from downtown on 7.7 3-point attempts per game while setting a franchise record for most made 3-pointers in a season, with 241. Let’s not forget, the Knicks need to space the floor. Julius Randle, RJ Barrett and Jalen Brunson all thrive below the 3-point line.

There is nothing wrong with beginning the season with Fournier in the starting lineup and bringing Grimes along slowly. Why put unneeded pressure on the kid with less than 50 games under his belt? Plus, he could get more opportunities with the second unit to showcase some of the playmaking ability he flashed in Sin City. 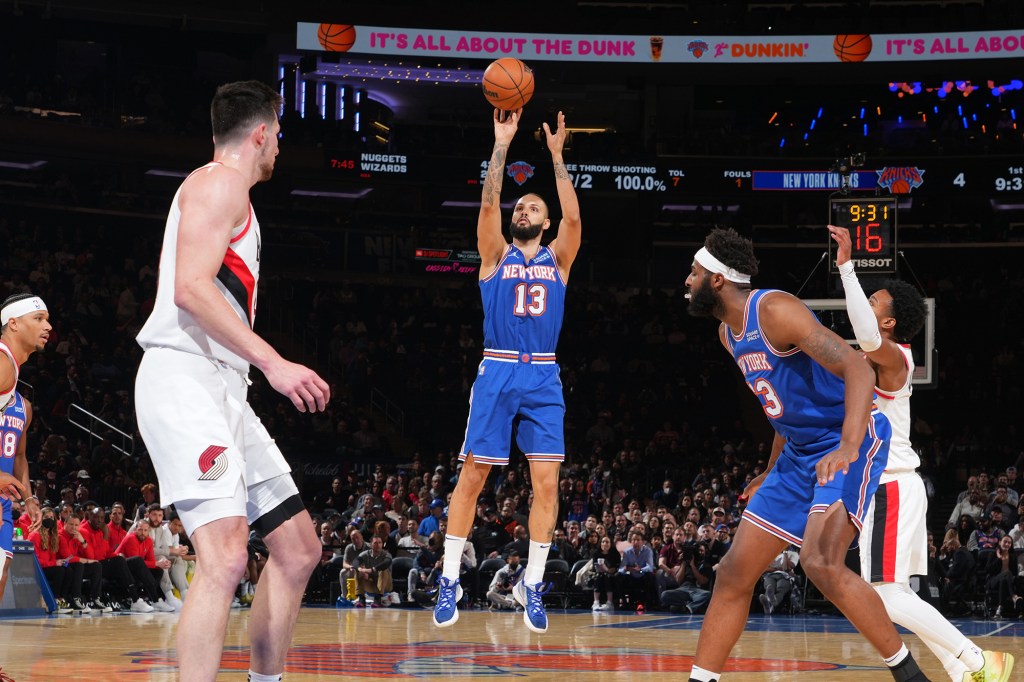 Evan Fournier brings an ability to stretch the floor offensively to a Knicks starting lineup that could struggle to do so otherwise.NBAE via Getty Images

Fournier struggles on that end of the floor. He is slow-footed and is an offense-first guy. Pairing him with a 6-foot-1 starting point guard in Brunson feels as if it will lead to early deficits if the Knicks don’t come out of the gate on fire on offense, as was often the case a year ago with Fournier and Kemba Walker starting in the backcourt. Brunson is undersized and could use a defensive-minded teammate next to him to help defend bigger guards. The quicker Grimes profiles as a better defender, though his defensive rating of 111.4 was only slightly better than Fournier’s 112.9 last season.

It matters, and Fournier, 29, has a ton of it. He’s a known commodity. Also, he brings an elite skill the other four starters will benefit from. As a 10-year veteran, the expectations that come with a starting role will not overwhelm him. Fournier should be much more comfortable in his second season playing for Thibodeau and with many of the same teammates. There is simply no way of knowing how starting, and possibly getting sent to the bench if it doesn’t work, would impact Grimes.

Allowing young players such as Grimes, Obi Toppin and Immanuel Quickley to progress is the one route the Knicks can utilize to significantly elevate their ceiling. We know what Fournier is: a quality shooter who isn’t much of a defender or playmaker. Bringing Grimes off the bench in a limited role could stymie his development. His development may be better-served playing off of the team’s best players rather than being part of a second unit where he will need to defend bigger wings rather than shooting guards. 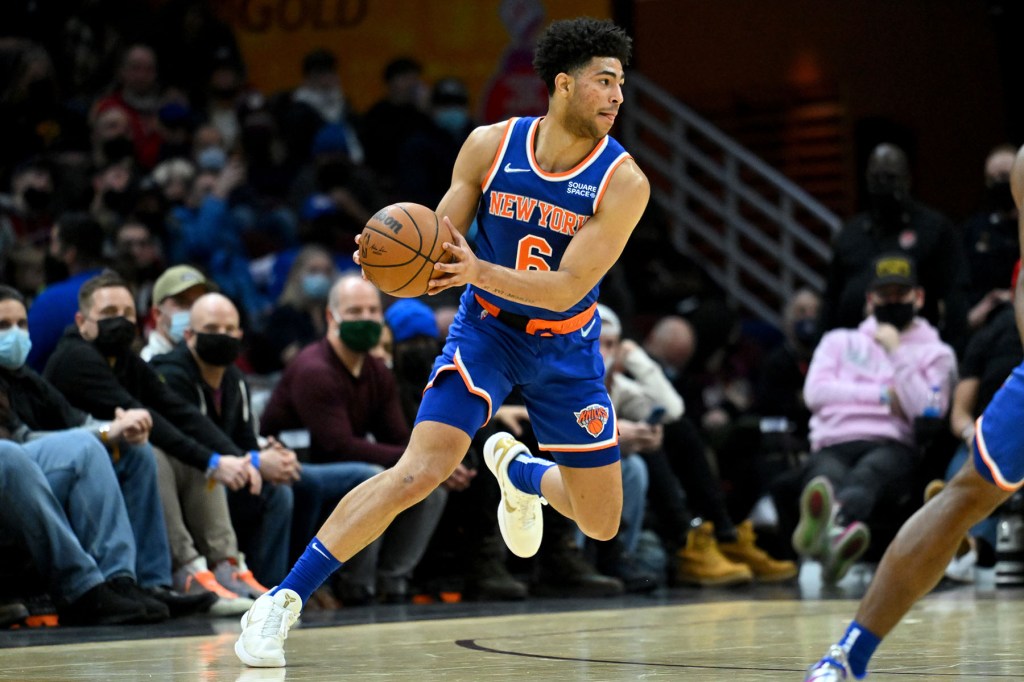 Quentin Grimes has flashed the type of dynamic skills that could raise the ceiling of what the Knicks are capable of this season.Getty Images

As addressed above, the Knicks’ biggest leaps may come from their young players’ development. Grimes might be the best of that group with the exception of Barrett. Personally, I would start him if he proves to be worthy of such a spot, but I also understand why Thibodeau said Fournier was the front-runner: because he is established and did play better as last season went on.

Bottom line: Thibodeau needs to be flexible. If Grimes demonstrates during the preseason he is the better option, he should be starting Oct. 19 in Memphis. If Grimes starts fast and Fournier’s defense is an issue, the Knicks need to move quickly and make a change. They can’t afford to let age and status interfere with the betterment of the team.

A big change for Mitchell Robinson 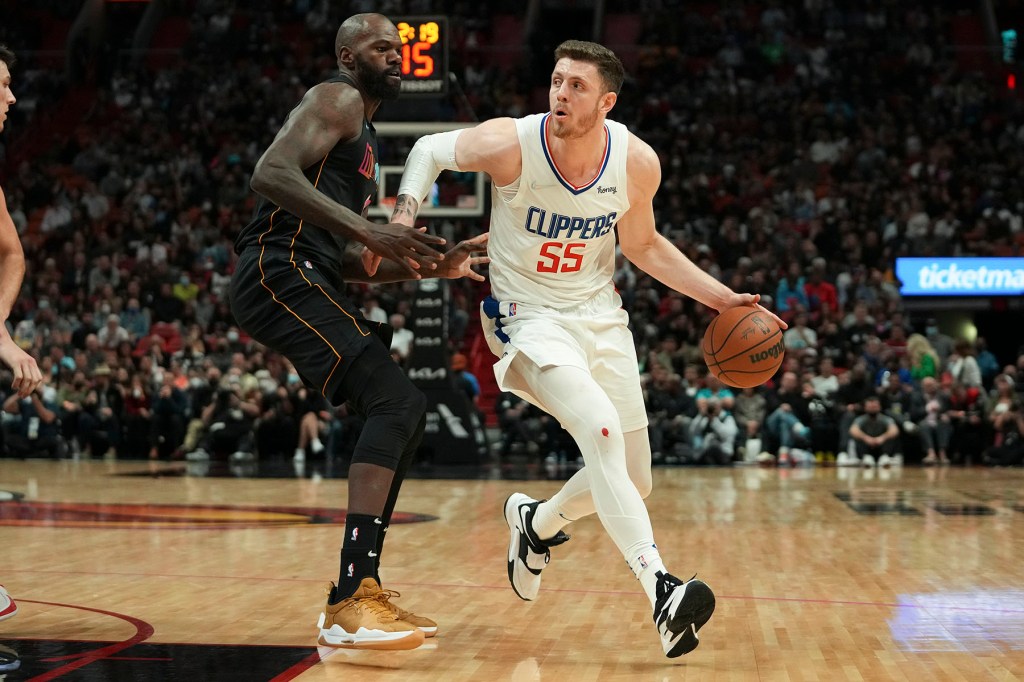 Isaiah Hartenstein’s mobility, playmaking and shooting are unique assets the Knicks have not had in a big man in some time.Getty Images

The addition of Isaiah Hartenstein on a two-year, $16 million contract was a good fit for the Knicks because of the 7-footer’s ability to stretch the floor as a 3-point shooter and create for others out of the high post. He brings a different dimension to the roster. Another benefit may be how this new weapon pushes Mitchell Robinson, their traditional shot-blocking center.

Robinson, of course, has faced players like the versatile Hartenstein before, but he has never had the added bonus of practicing against one on a daily basis.

“It helps me a lot,” Robinson said. “He can shoot it, he can make plays, he can dribble, he can take it to the rim. [T]he way he plays is really going to help me out. There’s a lot of guys like him that’s in this league. Not all of them block shots and just run the floor like [me]. He’s definitely going to be a great factor for me.” 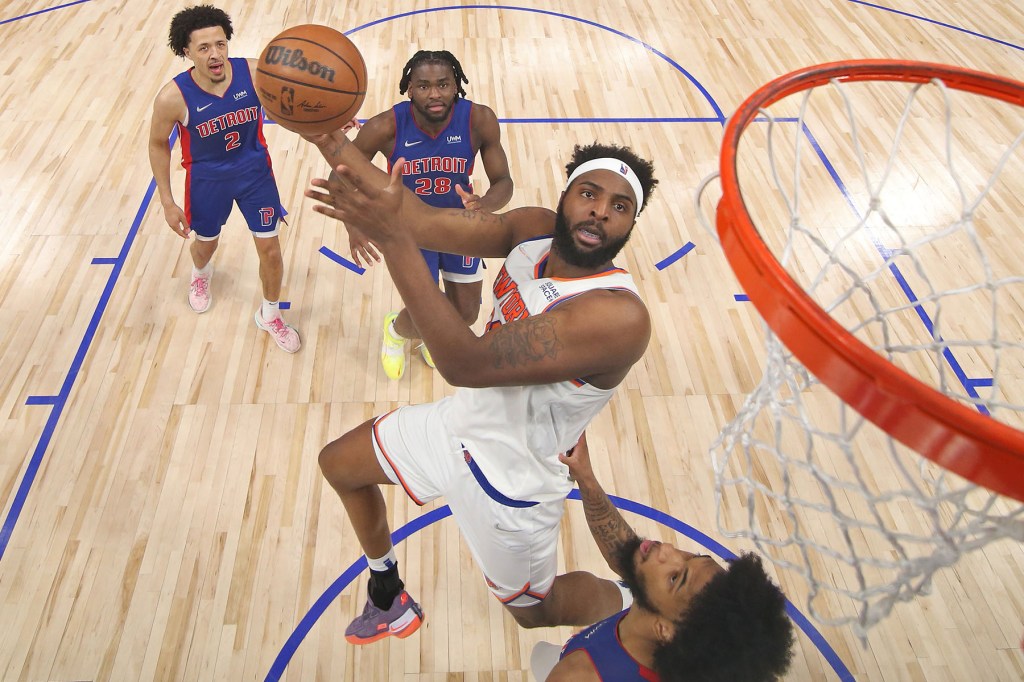 Mitchell Robinson believes having to guard someone as multidimensional as Hartenstein in practice will help him cover the expanding array of similarly skilled bigs around the NBA.NBAE via Getty Images

The 24-year-old Hartenstein broke through last season with the Clippers, averaging 8.3 points, 4.9 rebounds and 2.4 assists while shooting 46.7 percent from 3-point range in 17.9 minutes per game. His role should increase with the Knicks as he likely will split time with Robinson. And facing an elite defender like Robinson should also serve him well.

“Practicing against him, just competing, I think that’s what we need to do,” Hartenstein said. “Just get better together. I think it’s not about who plays more, it’s more about how we can both help the team win.” ‘Yellowstone’: John Dutton Swears In As...