DJ LeMahieu has the ultimate protection in the Yankees’ lineup, usually batting ahead of Aaron Judge.

LeMahieu’s game-tying home run in Sunday’s eighth inning set the stage for Judge’s latest accomplishment on his MVP résumé, a three-run blast to lift the Yankees to a 6-3 victory in 10 innings over the Astros in The Bronx.

LeMahieu’s seventh homer of the season came one inning after Giancarlo Stanton also had gone deep for the Yankees’ first hit in 16 innings since Friday night.

“The first little thing was Big G hitting the homer to get us our first hit. After that, business as usual. DJ came up and I knew he was gonna do something big in that spot,” Judge said of his teammates. “He tied the game for us, which was huge.”

The 33-year-old LeMahieu hasn’t been able to replicate the numbers he posted during his first two seasons in pinstripes, finishing top four in AL MVP voting in both 2019 and 2020 with a combined slash line of .336/.386/.536. 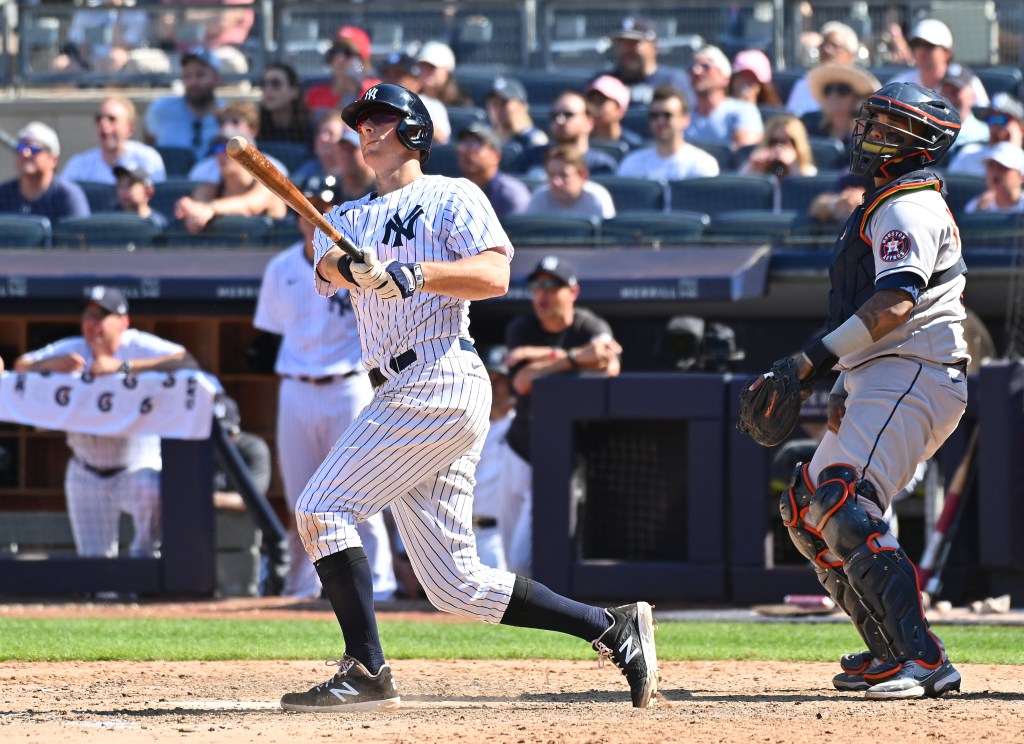 DJ LeMahieu ties the game with a two-run homer in the eighth inning. Robert Sabo for the NY POST 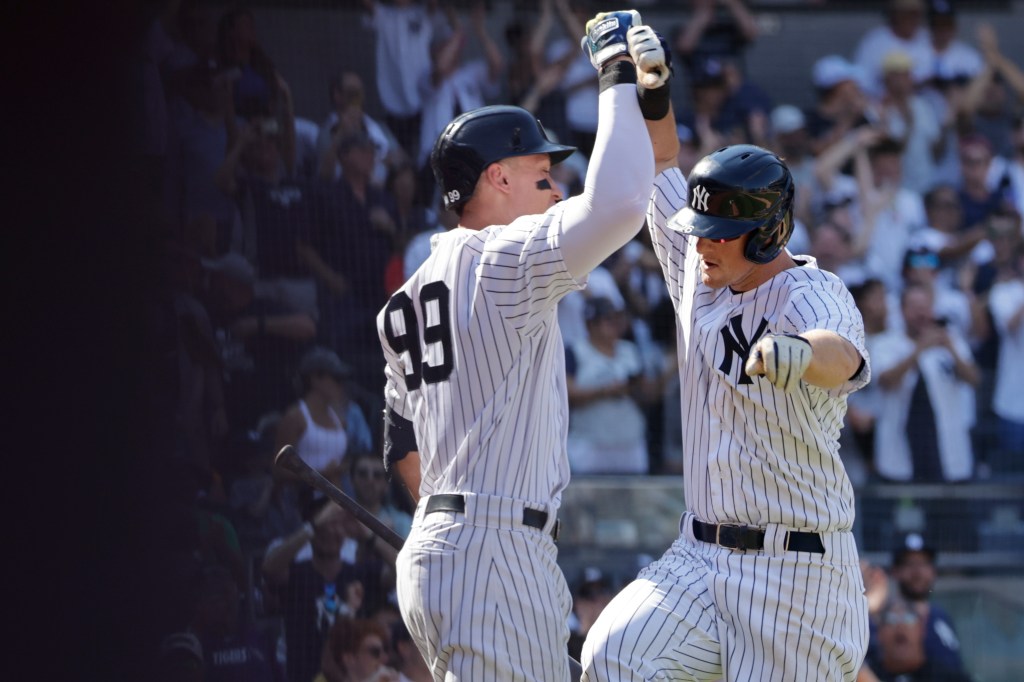 LeMahieu’s OPS has dipped from .922 in those two seasons to .720 over the past two since he signed a six-year deal worth $90 million in January 2021. But Sunday’s two-run shot to left — on a 2-2 slider from Houston righty Phil Maton — marked his fourth dinger in June.

“Just keep the line moving, get on base somehow. He hung a slider and I put a good swing on it,” LeMahieu said. “I think it was a big win because I think this is one of the better teams we’ve faced this year. You could tell they were coming at us with everything they had.

“I don’t think we played our best this series. But to split with them, and not play our best, I think we did enough to win two and just keep it rolling. I’m sure we’ll have some more battles with them down the road.”

Yankees manager Aaron Boone believes the three-time All-Star infielder has been taking “good at-bats and tough at-bats” for much of this season, and he’s glad LeMahieu was rewarded.

“You feel like he’s been kind of unlucky all year, because I feel like he’s been really consistent,” Boone said. “He’s had a ton of huge walks this year, too, in front of Judge, really good at-bats, and he did it again today. But to be able to get a hanger there and stick it to tie the game, it was huge. Just a good at-bat by a great hitter.”