Life sure is sweet.

“Mary Poppins” icon Dick Van Dyke, 96, was in high spirits as he stepped out in a “Spoonful of Sugar” sweatshirt in Malibu, California, on Wednesday.

The age-defying actor was accompanied by his wife Arlene Silver, 50, as they headed to lunch after finishing up a fitness class at a nearby gym.

The couple celebrated their 10th wedding anniversary back in February by going viral with a romantic Valentine’s Day video — but still looked like loved-up newlyweds as they shared a laugh while strolling along in the sun.

In addition to the sweatshirt referencing his most famous film role, Van Dyke kept things casual for the lunch date, donning a pair of Adidas sweatpants he presumably wore for his workout.

The “Chitty Chitty Bang Bang” star is famous for keeping fit and healthy in spite of his advancing age, telling Closer Weekly that he still hits the gym three times a week. 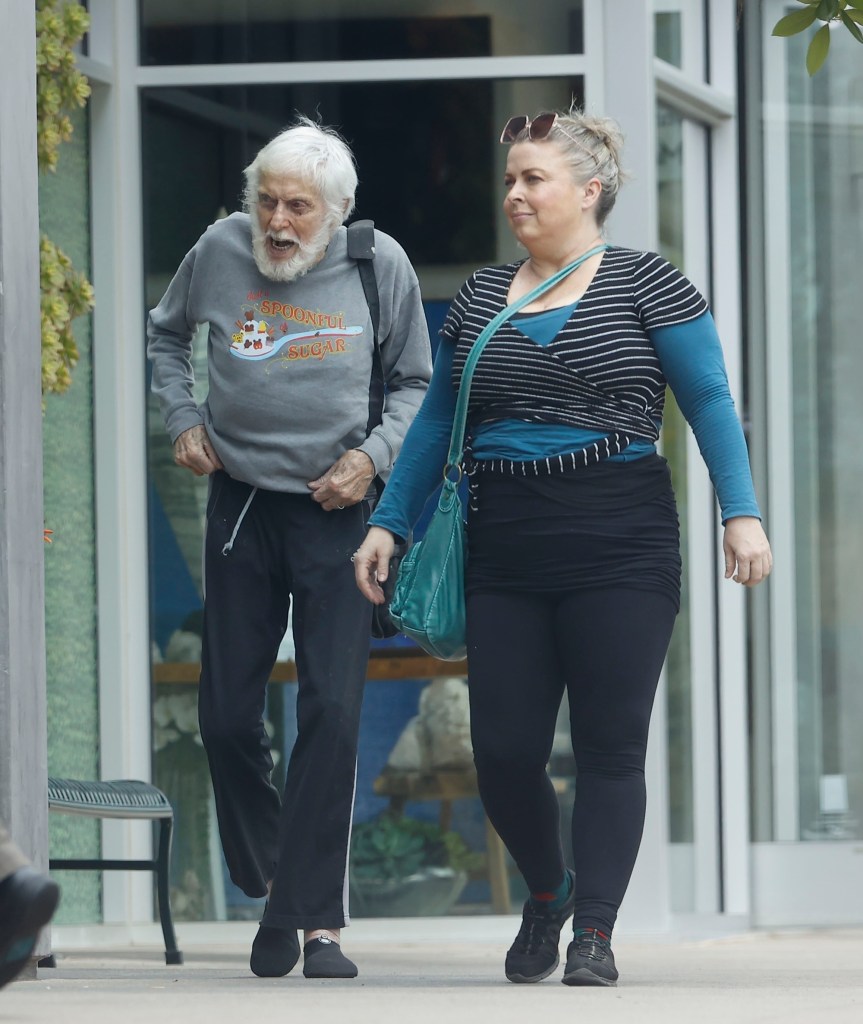 Van Dyke and Silver kept close as they strolled along in the California sunshine.no byline / BACKGRID 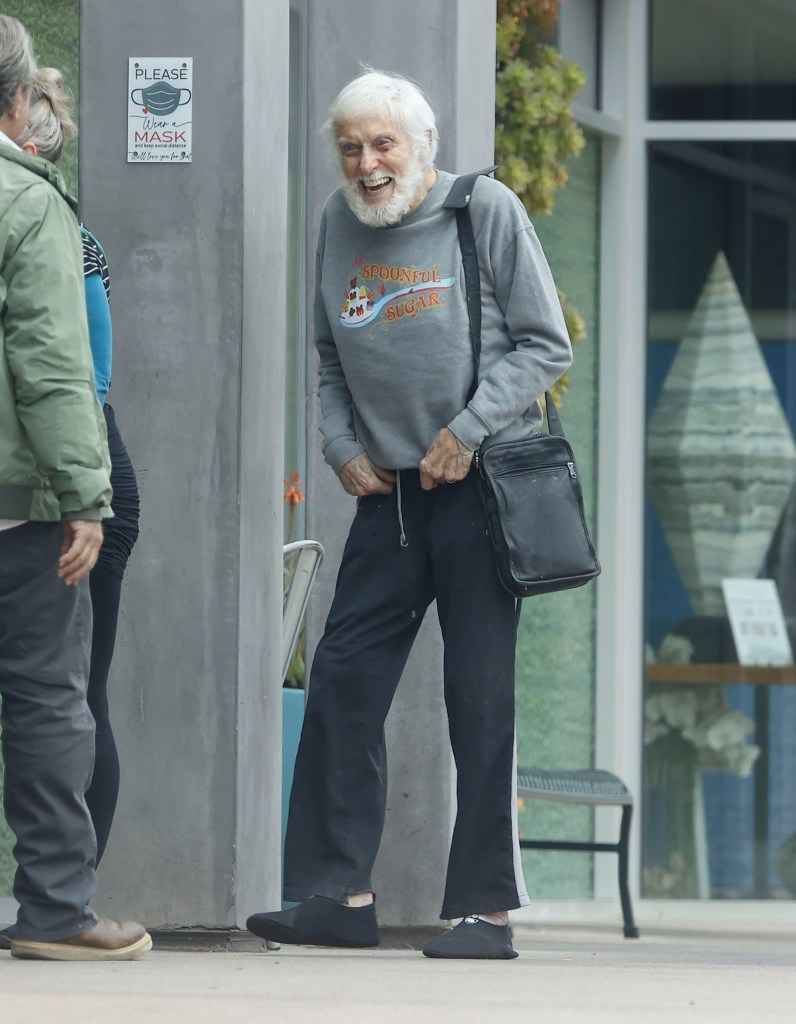 Van Dyke looked fit and healthy after finishing up a fitness class at a Malibu gym. no byline / BACKGRID

“I’ve always been an exerciser and still am … I get in the pool and exercise. At my age, they say to keep moving. Put me on solid ground and I’ll start tapping,” he declared in an interview with the magazine back in 2019.

Van Dyke revealed he does water aerobics, lifts weights and walks on a treadmill. He also credited his fit physique to “good genes.”

Meanwhile, the smitten star said much-younger Silver also keeps him on his toes.

“I sometimes forget that we’re doing a great experiment here — 46 years’ difference. And we work at it to some extent,” he explained. “There’s got to be some understanding, find out what old habits don’t work anymore. It takes some adjusting and fitting in, but that’s part of the fun of it.” 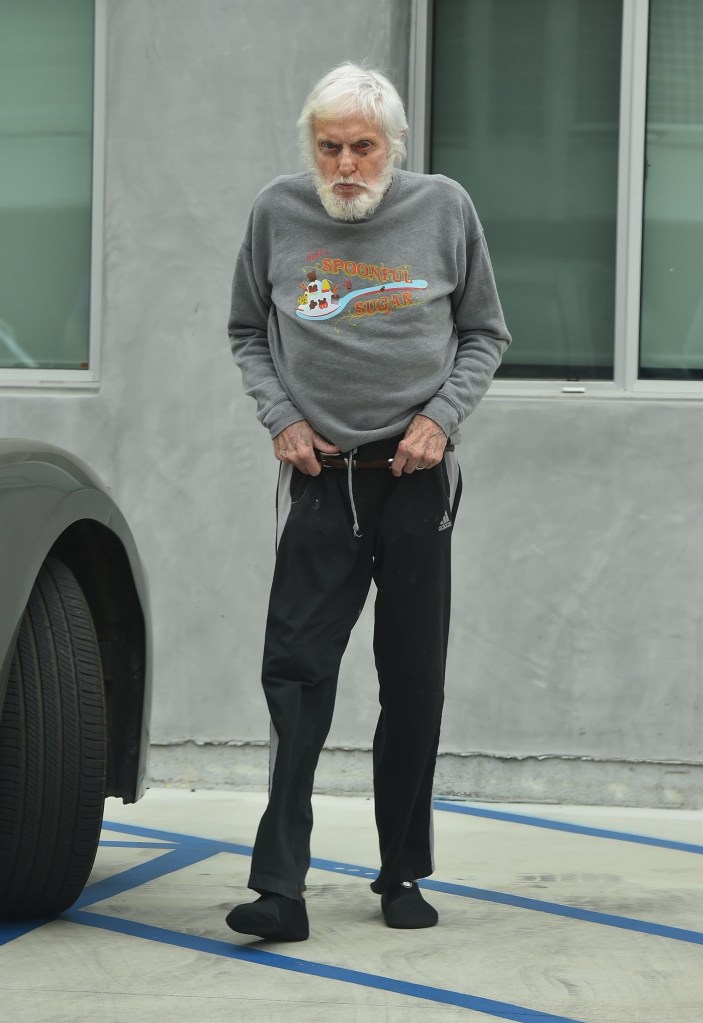 The age-defying screen icon revealed he does water aerobics, lifts weights and walks on a treadmill. He also credits his fit physique to “good genes.”no byline / BACKGRID 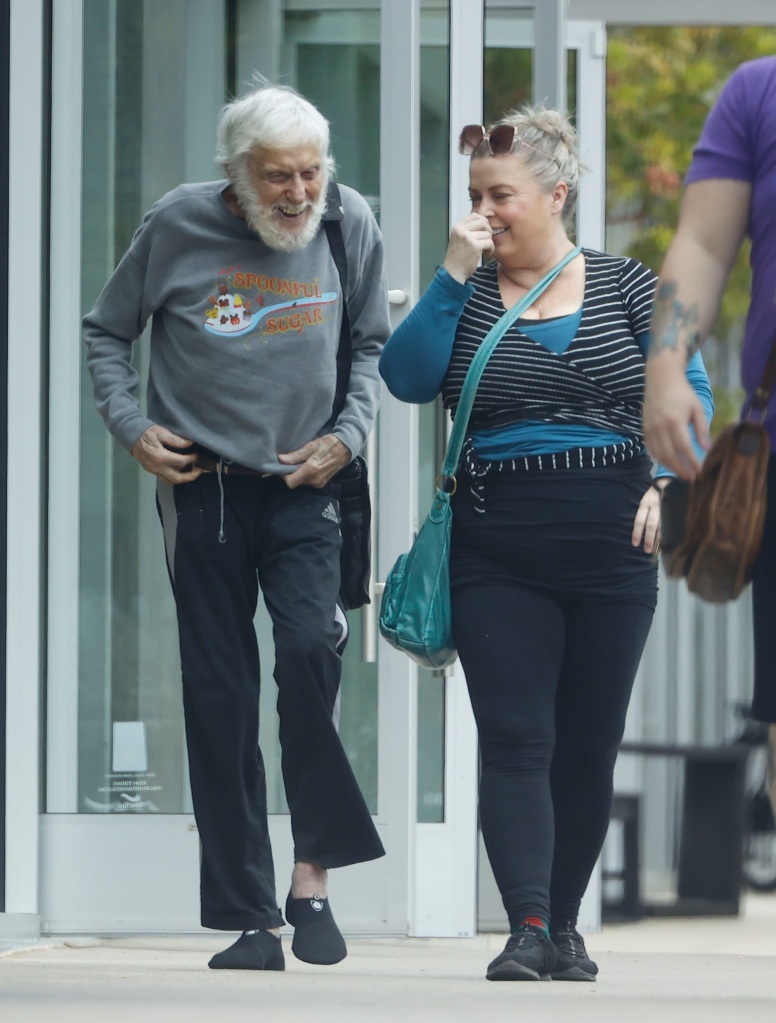 Van Dyke and Silver celebrated their 10th wedding anniversary back in February, but still looked like loved-up newlyweds as they shared a laugh while strolling along in the California sunshine.no byline / BACKGRID 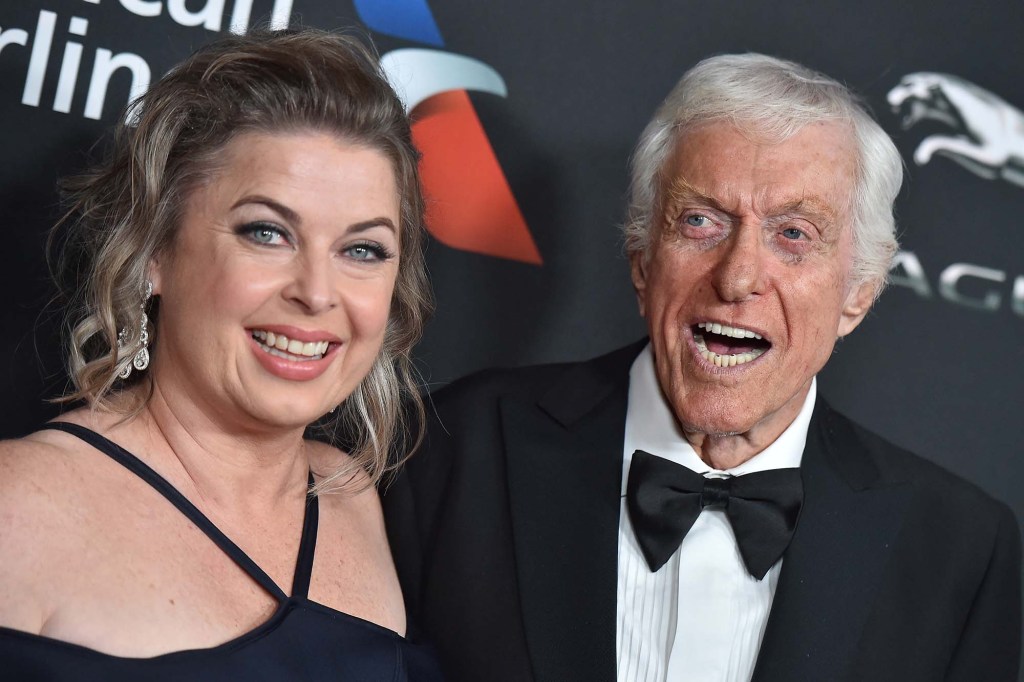 The pair said they don’t often notice their 46-year age gap. They are pictured together in 2017.FilmMagic

Silver spoke with Closer in a separate interview earlier this year, recalling the moment she first laid eyes on her now-husband.

“He said, ‘Hi, I’m Dick.’ The first thing I asked him was, ‘Weren’t you in “Mary Poppins”?’ We got along immediately as friends, so it didn’t feel like he was so much older than me,” she told the publication.

The devoted wife further cooed: “He is the most perfect human being. I’ve never met anyone so happy, so genuine, so amazing. He’s just like a happy pill.” 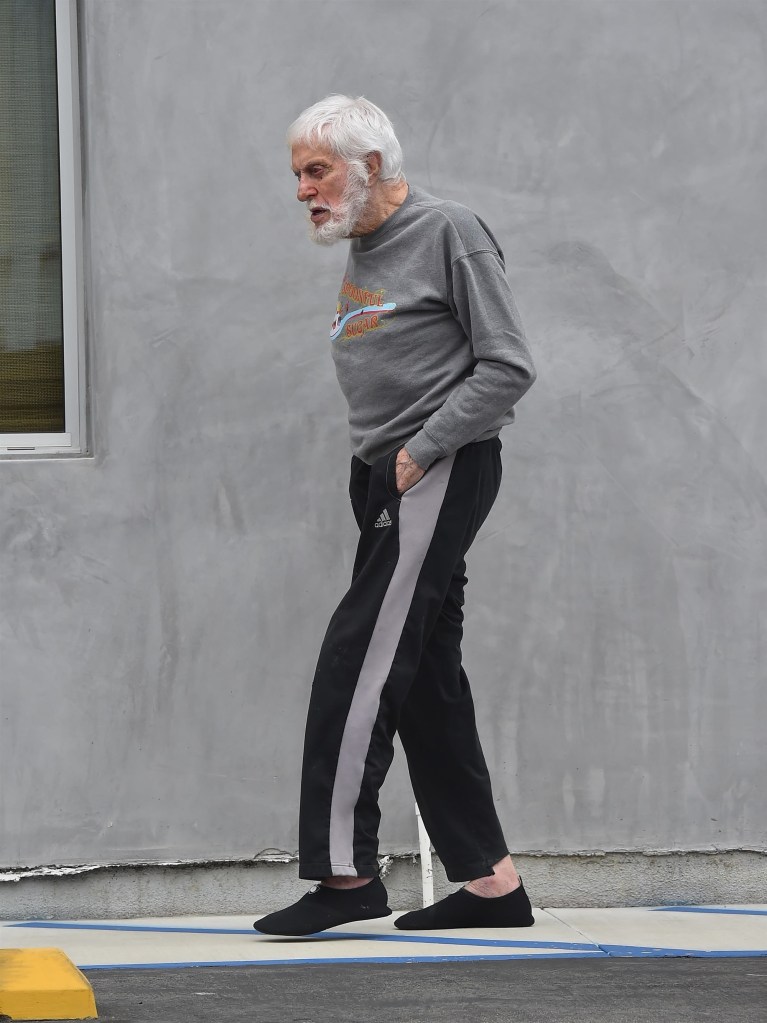 Van Dyke is one of the world’s most beloved actors, best known for his roles in the classics “Mary Poppins” and “Chitty Chitty Bang Bang.”no byline / BACKGRID 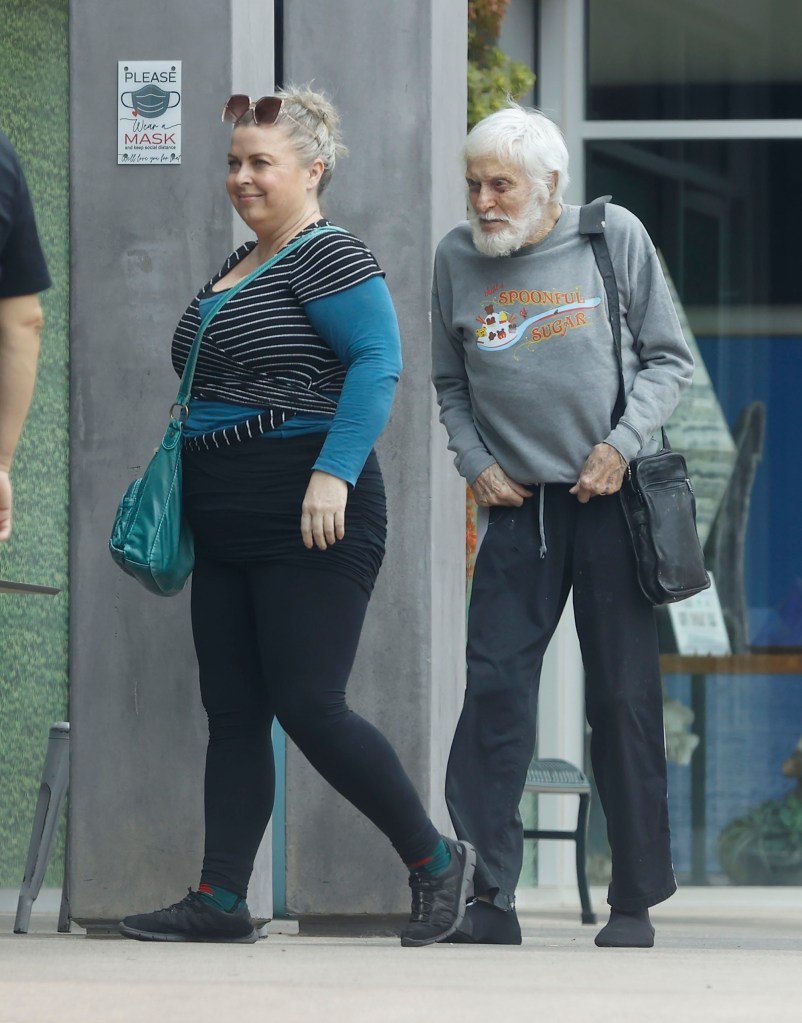 Van Dyke and Silver met in 2007. They were friends for several years before embarking on a relationship. They wed in 2012. no byline / BACKGRID

The pair were friends for several years before their relationship turned romantic.

Van Dyke said he was relieved his fans were supportive of the relationship, adding: “I thought there would be an outcry about a gold digger marrying an old man, but no one ever took that attitude.”

Back in February, the couple showed off their fun-loving relationship in a video posted in honor of Valentine’s Day.

The pair were seen dancing to a cover of the 1958 Doris Day song “Everybody Loves a Lover” performed by Silver’s band, Arlene & the Vantastix. 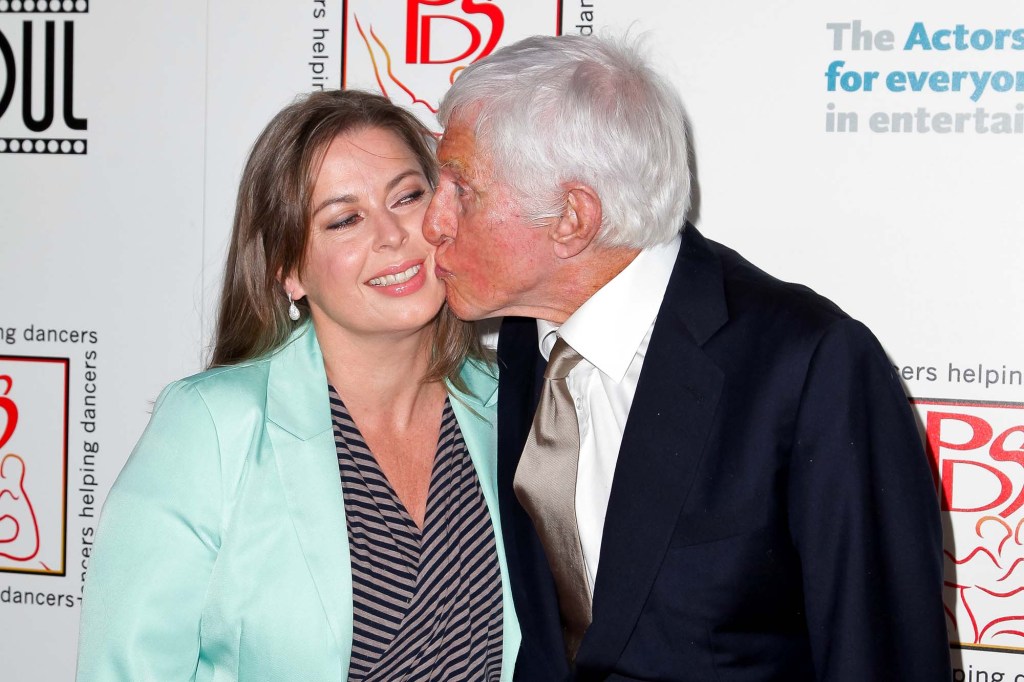 Silver and Van Dyke on the red carpet at a gala back in April 2016. WireImage

Silver is Van Dyke’s second wife. The four-time Emmy winner split from his first wife and mother of his four children, Margie Willett, in 1984 after 36 years of marriage.

Van Dyke was also in a relationship with actress Michelle Triola for more than 30 years until she died in 2009.

makes public appearance after hitting
Read The Rest at
nypost.com Angelyne: Emmy Rossum show about me ‘doesn’t do...