NEWARK, N.J. — Kevin Fiala scored the lone goal in a shootout, Cam Talbot made 42 saves and the Minnesota Wild beat the New Jersey Devils 3-2 on Wednesday night after arriving late to the arena because of traffic.

The game was delayed 24 minutes after the Wild got stuck in a Manhattan traffic jam with the Holland Tunnel closed. The team bus did not arrive until 6:26 p.m. and the start was pushed back to 7:33 p.m.

Minnesota scored two first-period goals before the Devils overcame the 2-0 deficit in the third to send the game to overtime.

Dmitry Kulikov assisted on Ryan Hartman’s goal to open the scoring 12:10 into the first period and give the Wild a 1-0 lead. Nico Strum scored at 19:06, making it 2-0 at the first intermission.

The Devils cut the lead in half early in the third when Pavel Zacha scored to make it 2-1 at 3:08. 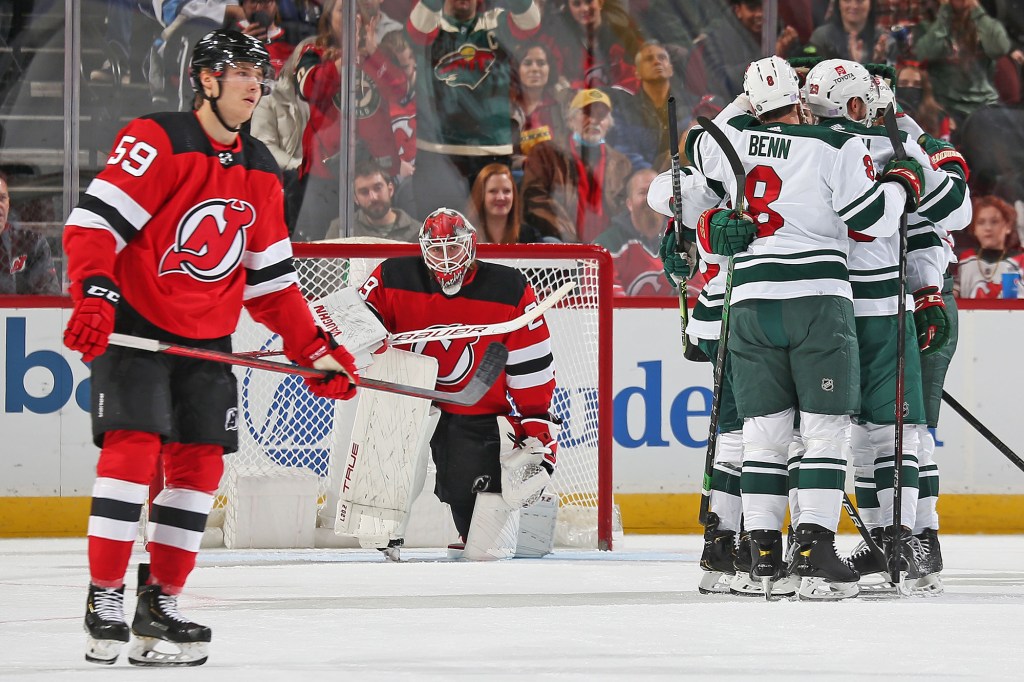 Goalie Mackenzie Blackwood a the Devils lost to Wild in a shootout on Wednesday night. NHLI via Getty Images

New Jersey tied it with six skaters on the ice when Yegor Sharangovich scored at 18:53 to make it 2-all.

The Wild ended a two-game skid and remained atop the Central Division.

Mackenzie Blackwood made 27 saves in the loss. The Devils were 0 for 4 on the power play, including a two-man advantage in the third period, when Talbot had three saves.

The Devils fell to 1-3 in shootouts this season, while the Wild improved to 2-1.