Coming from a baseball background, Scott Farber had a perfect name for the yearling he brought for $100,000 in 2020.

Hall of Famer and Negro leagues legend Cool Papa Bell was considered by many the fastest man ever to play, and Farber had hopes his trotter would one day emulate James Thomas Bell as a runner.

The wish came through on Saturday as Cool Papa Bell scored the biggest upset in the history of the Hambletonian, charging late to edge filly Joviality S by three-quarters of a length in a wild finish at Meadowlands Racetrack to the most prestigious race for 3-year-olds in trotting.

“It’s the most wonderful feeling in the world,” said Farber, who grew up in Palisades Park, New Jersey, and pitched a complete game when nearby William Paterson College beat California Lutheran 3-1 to win the NCAA Division III title in 1992.

His father got him interested in racing and he later become an owner. 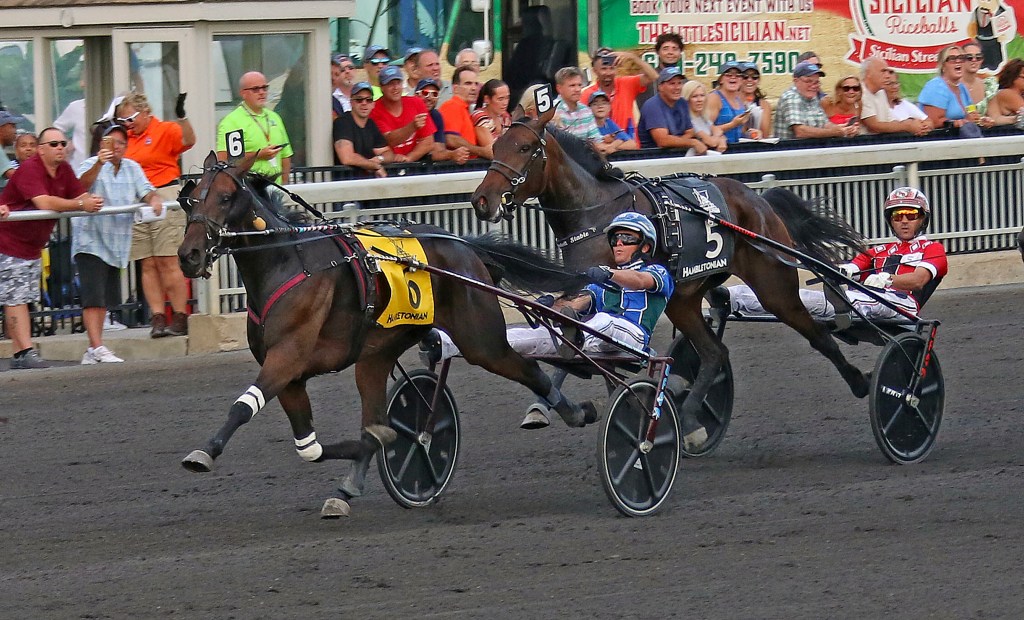 “Satchel Paige said, you know, (Bell) was so fast that he would flip a light switch on the light and before it was off he would to be in bed under the covers,” Farber said.

“That was the whole point behind the name. and he proved me right today,” the owner said.

Campbell joins Jimmy Takter (both 2014 and ’15) and Jan Johnson (1988) as the only trainers to win both Hambletonians in the same year.

“It’s unbelievable,” Campbell said. “It’s something that I never dreamed could happen because it’s so hard to get a horse to get into one of the races. To come out and win both of them, I’m just very blessed. I’ve gone out of here many nights when things didn’t go good. I’d get in my truck and be mad. A day like today erases any bad day I’ve ever had in horse racing.” 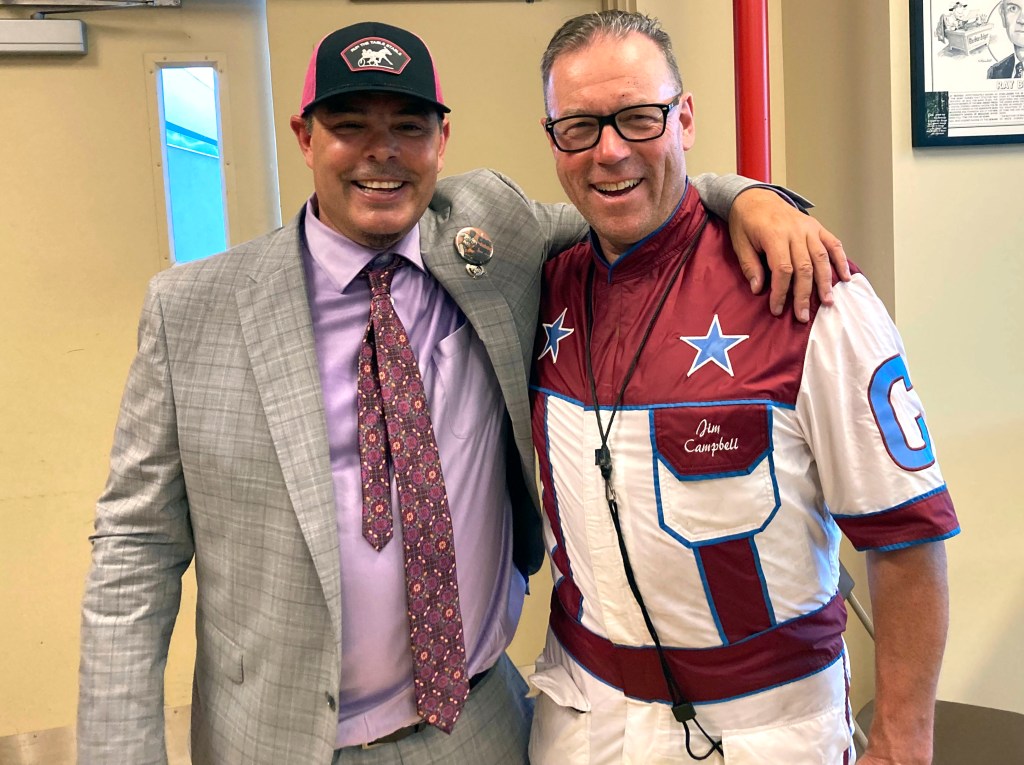 Joviality S, trying to become the third filly in five years to win the Hambletonian, returned $4.40 and $3.20 as runner-up with Brian Sears in the bike. Temporal Hanover, driven by Orjan Kihlstrom, paid $6.60 to show in the field of 10.

Starting in the No. 6 post position, McCarthy and Cool Papa Bell raced in the back of the field for the first half mile of the race. Working their way up the inside, McCarthy had Cool Papa Bell in fourth place as the field hit the top of the stretch. He moved the colt to the outside and closed swiftest of all to win the 97th running of the Hambletonian.

In the Oaks, Tetrick moved Fashion Schooner quickly from the outside No. 10 post, took the lead early and posted a 2 1/4-length victory. The filly trotted the mile in 1:51.2 in winning for the fifth time in eight starts this year.

Warrawee Xenia and Venerable, the last weekend’s elimination winners and the heavy favorites, both broke stride and never were in contention. Emmy Rossum On Her ‘Angelyne’ Prosthetics:...