Andrew Thomas has played in the biggest games a college football player can partake in and has started 28 NFL games at left tackle. He does not need to feel overly excited for Thursday night, when the 2022 Giants open up their preseason against the Patriots at Gillette Stadium.

“Every season is new,’’ Thomas told the Post. “Work really hard in the offseason to get better from the things that happened in the past and this is your first real opportunity against someone else where it’s a live situation, you get to play through the whistle. It’s an exciting time to see how much better you got and vice-versa, the things you still need to work on.

“It’s like a freebie. You got three opportunities before it counts for real.’’

For a young and established starter like Thomas, “a freebie’’ is a good way to think about this. No one writes sonnets about preseason games, and what happens in Brian Daboll’s sort-of debut as the Giants’ head coach will be filed and forgotten soon enough. This is a brand-new program, though, and Daboll has already stated he will use his healthy first-team players, which is a departure from the sit-the-starters approach of years past with a franchise that was too often paper-thin depth-wise to risk injury to anyone of any consequence. 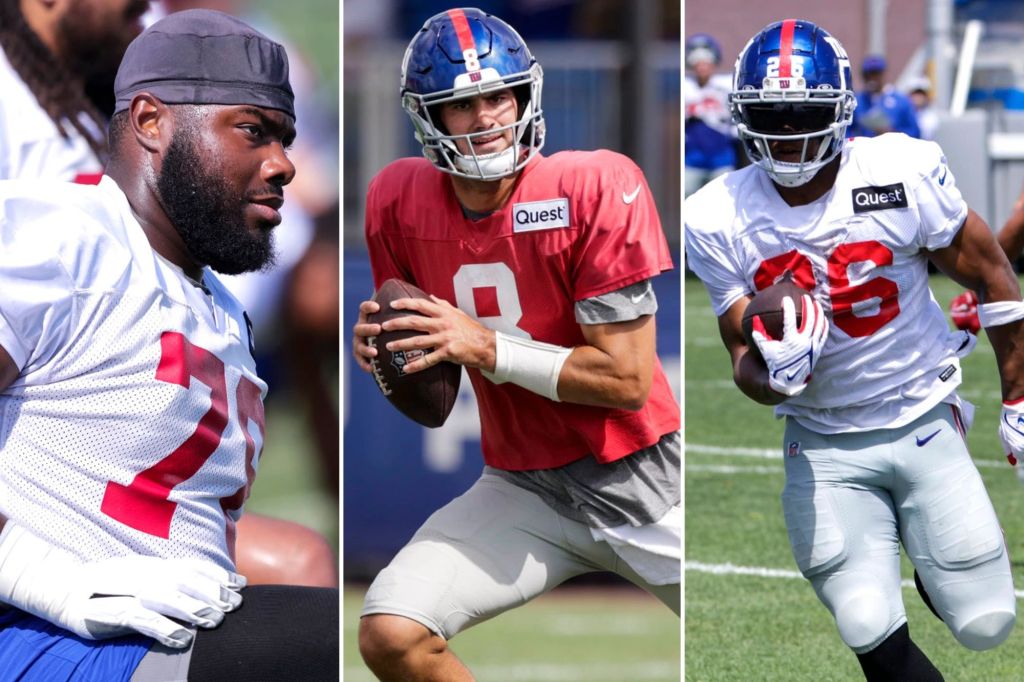 “I think that’s important to play football: to have live reps,’’ Daboll said. “How many reps that’s going to be, I can’t tell you right now. I think it’s going to be less for some and more for others, and each game will have a plan going into it.’’

The starters will be long-gone well before halftime, but while they are on the field, showing some signs of progress, especially on offense, would be noteworthy. Daniel Jones is learning Daboll’s system and the growing pains this summer have been predictable and at times painful to watch. “Sharp’’ or “crisp’’ are not descriptions often heard or written about the offensive attack thus far.

That Daboll’s first game comes in Foxborough, Mass., is fitting, in that he spent 11 years in two different stints working as an assistant for Bill Belichick and the Patriots. What is less fitting is that Daboll’s first game will include the guy he replaced, Joe Judge, in the building and on the field. Judge lasted just two seasons as the Giants’ head coach and now is back with Belichick as an offensive assistant and quarterbacks coach.

There are coaches who treat most of what goes on in all three preseason games as an evaluation of the bottom tier of the roster. Daboll does not have that luxury. He noted recently he wants to see the Giants become a better-conditioned team, and this past week he put the squad through back-to-back heavy-hitting days of training camp, with the sun searing and the feels-like temperatures rising near 100 degrees. The starting offense was on the artificial turf field for the Blue-White scrimmage at MetLife Stadium for two extended series consisting of 15 and 19 plays. 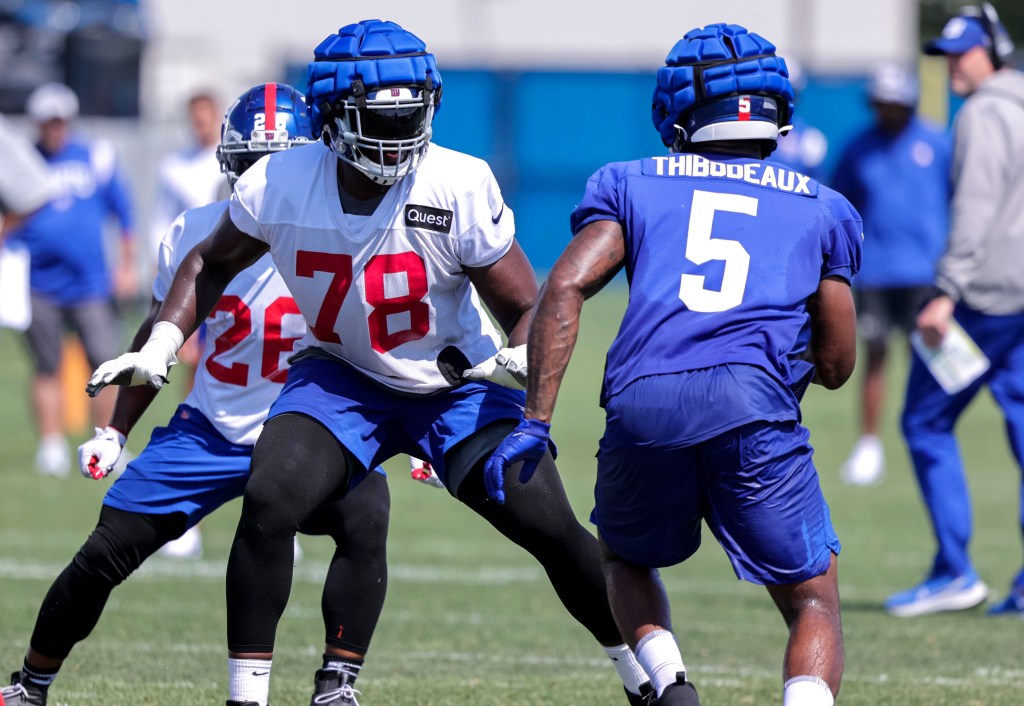 Daboll has decided that treading lightly into the season is no way to prepare this particular team for the real thing.

“Coach told us in meetings that competition is ramped up this week,’’ Thomas said. “Regardless where you’re drafted, how much you’re getting paid, doesn’t matter. It’s competition because he’s trying to get the best players on the field so every rep we have we have to try to take advantage of it, whether that’s one series, 10 series, the whole game, it doesn’t matter. Every rep I get, I’m trying to take the best of it.’’

Thomas is trying to refine his technique and get in better sync with the other four offensive linemen. He has made the team. So has Saquon Barkley, who will get some work — something he rarely has experienced in the preseason.

Others need every snap to push forward in their quest to stick around.

“I’m gonna go out there and I’m looking forward to having a day,’’ Quincy Roche said.

Roche, 24, played in 14 games for the Giants last season, started three games and had 2.5 sacks. He is listed as a third-team rush outside linebacker, behind rookie Kayvon Thibodeaux and Oshane Ximines on the depth chart. Roche was a sixth-round pick of the Steelers in 2021, but did not make the team and the Giants claimed him off waivers last year.

“It’s an opportunity to show what I can do around the league, show what I can do for these coaches,’’ Roche said. “That’s the nature of this business. It’s what-have-you-done-for-me-lately. You can never live off of what you’ve done in the past.’’