Camille Kostek can vividly remember the day that she and boyfriend Rob Gronkowski first crossed paths in 2013.

Taking to Instagram, the Sports Illustrated Swimsuit alum, 30, reflected on her nearly decade-long romance with the former Patriots tight end, 33, which began during their time together in New England.

“9 years ago today we were volunteering at the @patriots Thanksgiving in a Basket event with @goodwillboston where Rob slipped me his number through @jwiggs85 [former NFL tight end Jermaine Wiggins],” Kostek shared. 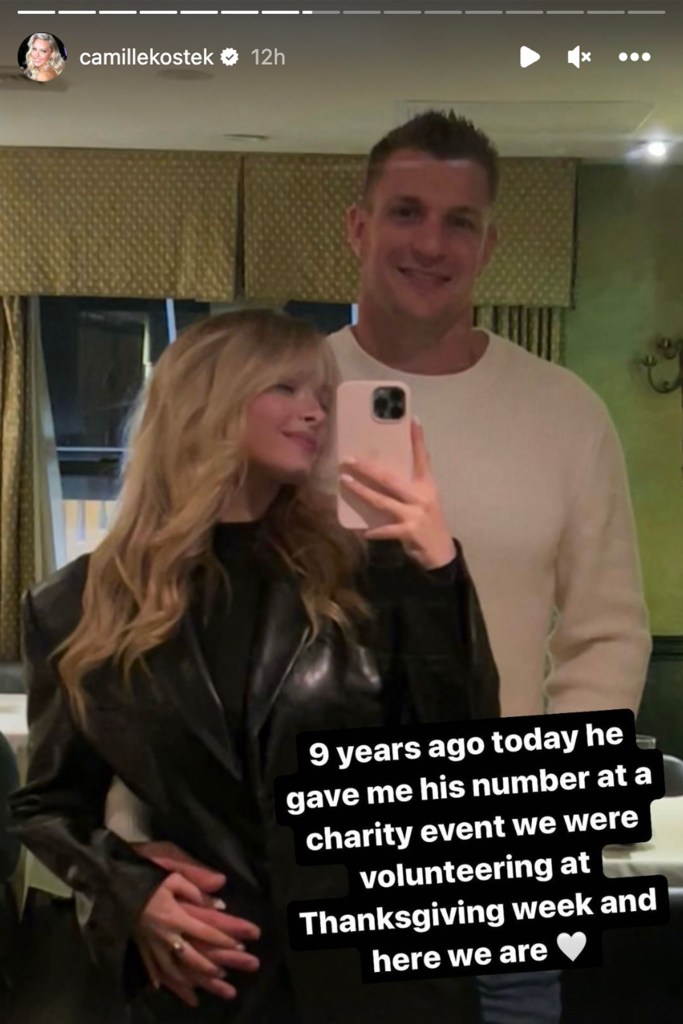 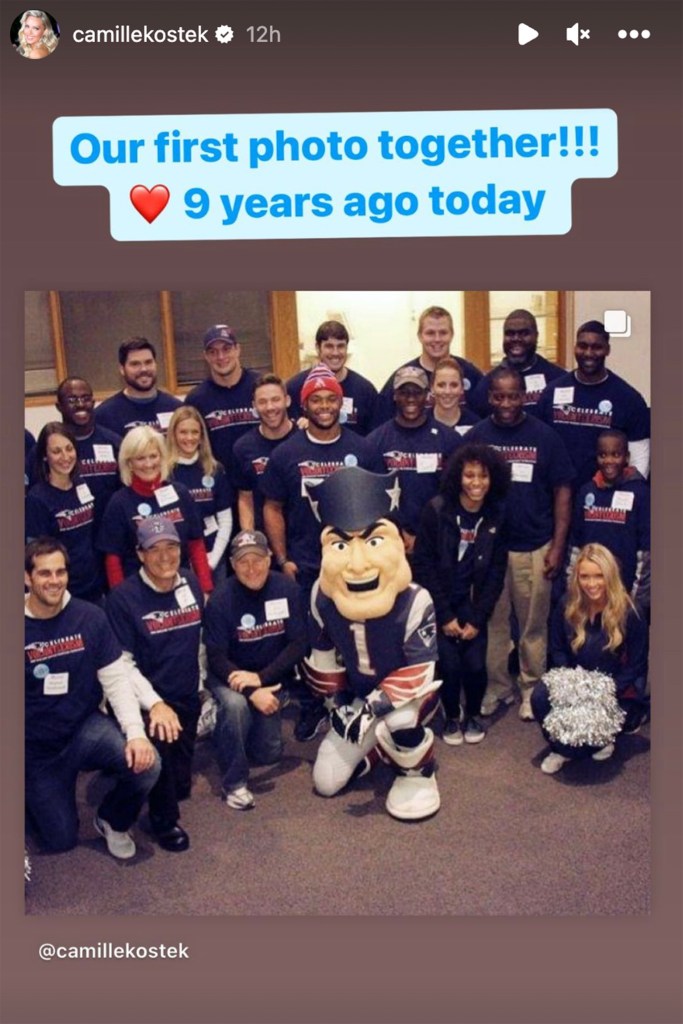 Kostek, then a Patriots cheerleader, added Wednesday that she had to toss the rulebook aside in order to connect with Gronkowski, who was drafted by the Patriots in 2010. Cheerleaders were not allowed to date players, per NFL rules.

“Yes I broke the @patriotscheerleaders rules at the time and called him up… but it was worth it,” she continued.

Kostek, whose career has expanded into the hosting space with gigs on TBS’s “Wipeout” and NBC’s “Dancing with Myself,” then posted a handful of videos from the couple’s night out, sharing why they selected Nov. 22 as their special date. 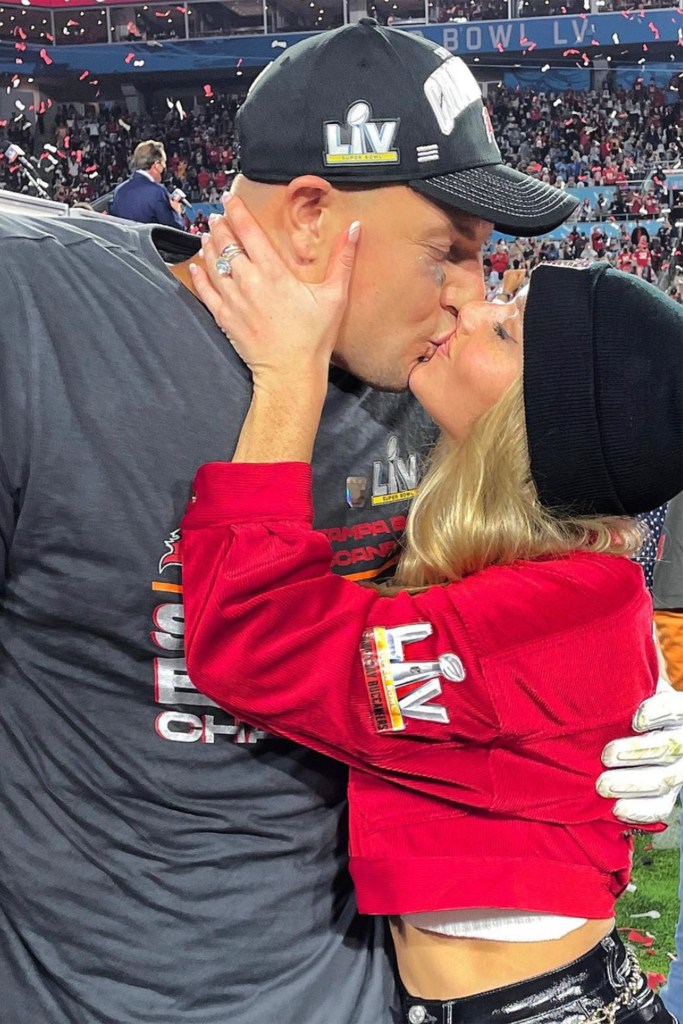 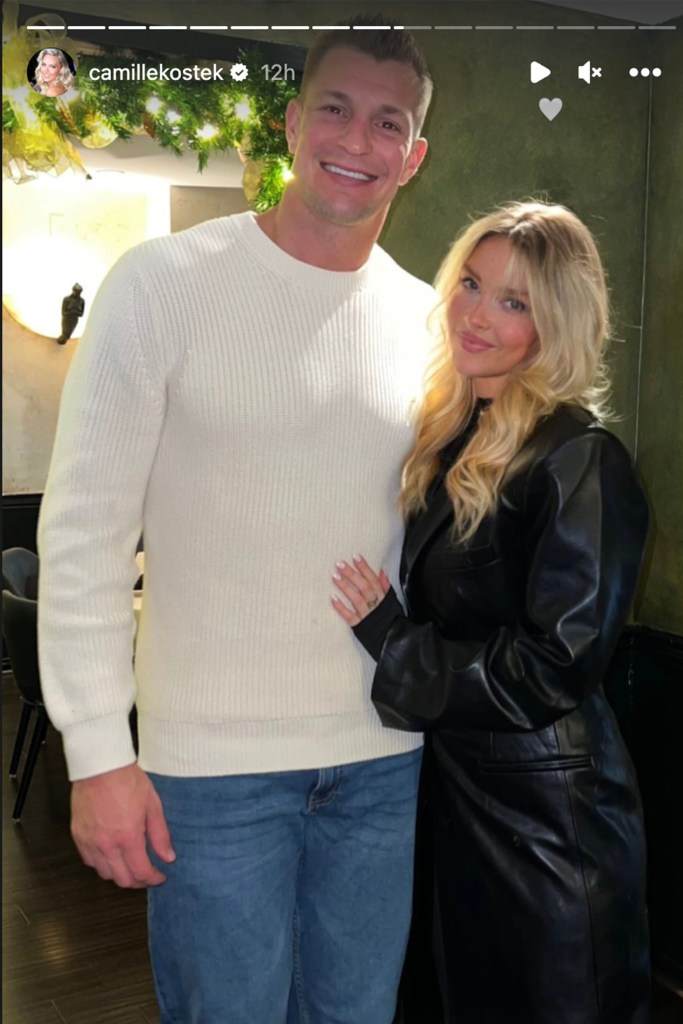 “We don’t know what the date specifically was that we started dating… so we celebrate the day this all began,” Kostek explained.

Kostek supported Gronkowski throughout his NFL career, which included nine seasons with the Patriots and two with the Buccaneers. The five-time Pro Bowler announced his second NFL retirement in June and returned to Fox Sports in October for its NFL pregame shows.

Gronkowski wrapped his prolific career with 621 receptions for 9,286 yards and 92 touchdowns.