For the first time in franchise history, the Mets have a Manager of the Year.

For the manager himself, it’s nothing new.

Buck Showalter was named the National League Manager of the Year on Tuesday, beating out the Dodgers’ Dave Roberts and the Braves’ Brian Snitker in a vote by the Baseball Writers Association of America.

It marks the fourth time and fourth team with which Showalter has won the award, with his previous three honors coming in the American League – the 1994 Yankees, 2004 Rangers and 2014 Orioles. He joined Tony La Russa and Bobby Cox as the only managers to win the award four times, though Showalter is the only one to have won it with four different teams.

During his first year in Queens, after replacing Luis Rojas, the 66-year-old Showalter guided the Mets to 101 wins – the second-most in franchise history, behind only the 1986 World Series champion team. The 2022 Mets had the highest payroll in baseball but got only 34 starts combined from co-aces Jacob deGrom and Max Scherzer because of injuries. 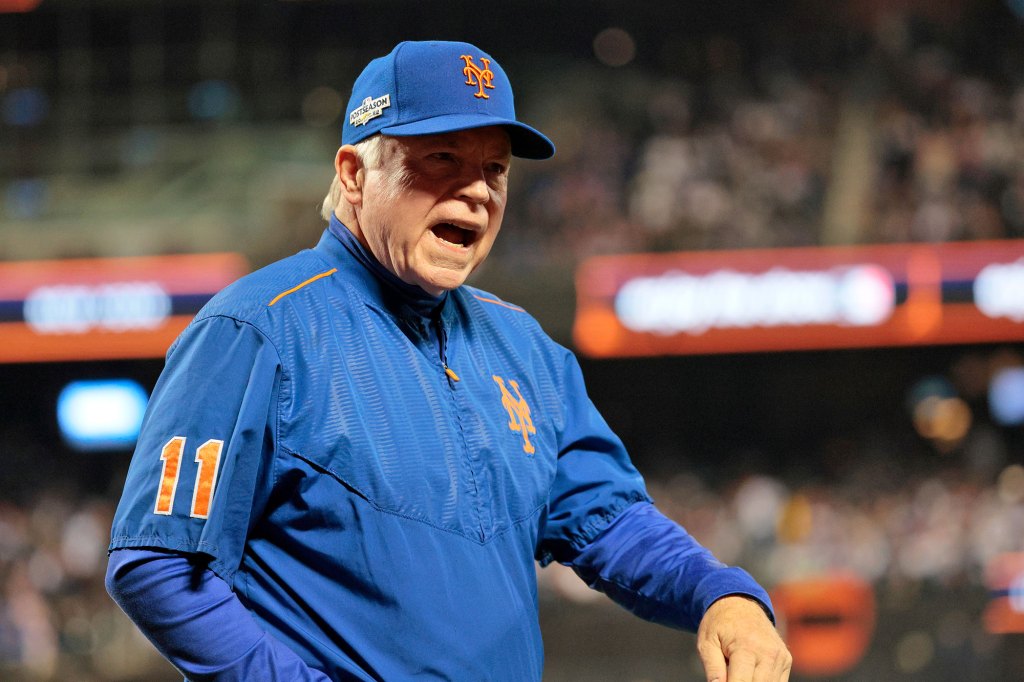 Still, Showalter’s crew spent most of the year leading the NL East before the Braves overtook them when they squared off in the penultimate series of the regular season. The Mets then fell to the Padres in a three-game NL wild-card round series, the franchise’s first playoff appearance since 2016.

Showalter, in his 21st season as an MLB manager, gave the Mets an edge with his attention to detail and deep knowledge of the rule book. His calm demeanor and wealth of experience also proved valuable during the ups and downs of the season as he consistently looked to take the pressure off his players.

Leading a roster that featured a mix of veterans and younger players, Showalter provided a buttoned-up approach to an organization that has had to deal with plenty of off-the-field issues in recent years. His no-nonsense attitude, while keeping the focus on baseball, helped establish a new culture for the Mets.

Before Showalter finally got them off the schneid, the closest the Mets had come to having a Manager of the Year was in 1984, 1986 and 2006. Davey Johnson twice finished second, behind Cubs manager Jim Frey in 1984 and Astros manager Hal Lanier in 1986, while Willie Randolph placed second behind Marlins manager Joe Girardi in 2006.

The Mets landed Showalter as their 24th manager last December, in the middle of the lockout, when he signed a three-year contract. He now has a career record of 1,652-1,578, with the wins ranking him 19th all-time among managers.

Showalter beat out Snitker and Roberts for the award. Snitker led the 101-win Braves to a fifth straight NL East title, successfully avoiding a World Series hangover while also integrating a number of young players with strong results. Roberts guided the Dodgers to a franchise-record 111 wins – tied for the fourth-winningest regular season in MLB history – on the way to another NL West title.

The American League Manager of the Year was also a repeat winner, as Guardians boss Terry Francona took home the award for a third time.