It did not take long for Brian Daboll to become an avid admirer of the Rangers during their NHL playoff series with the Penguins, and the new Giants head coach is planning to attend Game 7 on Sunday night at the Garden.

Daboll called the Rangers’ comeback in their first-round series a “really good example’’ as he readies himself for his first season as an NFL head coach.

“You’re down 3-1 in the series, 2-0 in Game 5 and 2-0 in Game 6 and everybody is writing you off, and what do they do?’’ Daboll said. “They just keep competing. Put one in right after the other, then the other team comes back, scores right away, lose a little bit of momentum, and finish off the game strong. That’s pretty cool team to watch right now.’’

Daboll already attended Games 2 and 5 of the Rangers-Penguins series, along with general manager Joe Schoen. 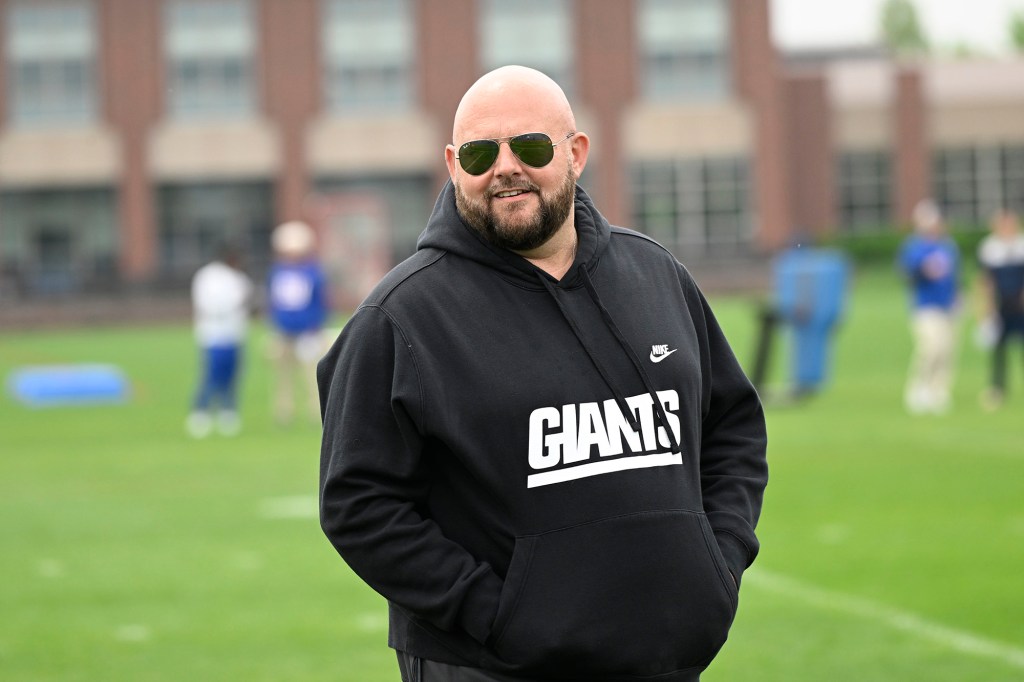 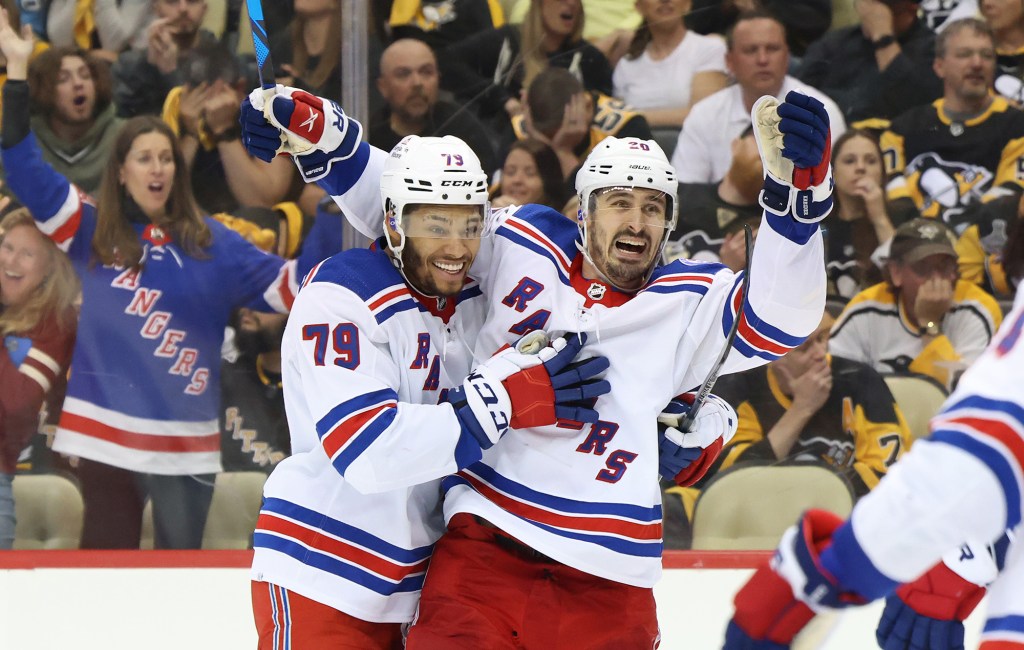 The Rangers celebrate during their Game 6 win over the Penguins. Charles Wenzelberg / New York Post

Daboll was the offensive coordinator in Buffalo the past four years, working for Bills owners Kim and Terry Pegula, who also own the NHL’s Sabres.

The Rangers have taken notice of their newest fan. Their Twitter feed posted the video of Daboll’s laudatory words and added, “RT if you love Coach Daboll.’’

Neal started at left tackle at Alabama in 2021 and last played right tackle as the starter in 2020. He is adjusting back to the right side in this rookie minicamp. 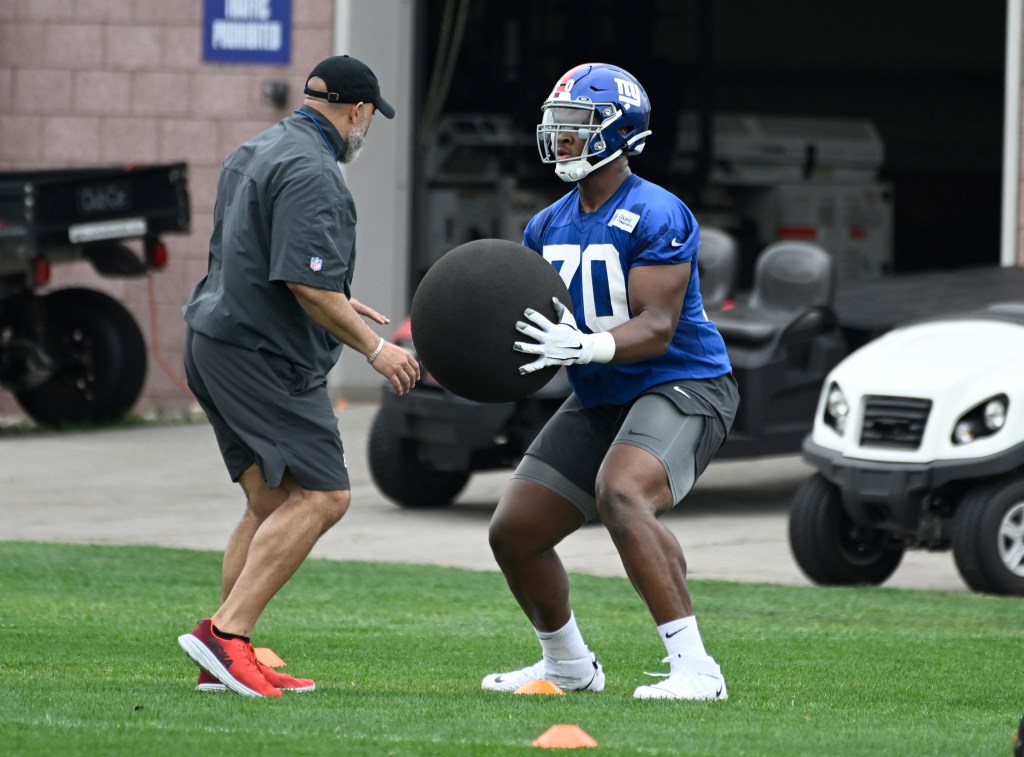 “It feels great just to go out there, get back in the right type of stance — ain’t played right tackle since my sophomore year,’’ Neal said. “Brought back some pretty good nostalgia. It’s just really good, man. You know, to practice on an NFL team, it doesn’t get better than that. Definitely my dreams came true. Just excited, for sure.’’

Daboll has refrained from singling out many of the rookies at this camp but he did say RB Jashaun Corbin from Florida State “kind of stood out a little bit’’ on Friday, impressed that Corbin has shown he is “athletic, quick twitch.’’ Corbin led the Seminoles in 2021 with 887 rushing yards but was not drafted.

A day after helping out in practice by throwing to the tight ends, Schoen said he was feeling sore and watched from the sideline on Saturday. Schoen, 42, was a quarterback for one season at DePauw University in Indiana before moving to the wide receiver position.

“There were a lot of tight wobblers out there,’’ Daboll said of Schoen’s passes. “But they got to where they were supposed to get to.’’

There is only one quarterback at the rookie camp, Brian Lewerke, who was on the practice squad last season.

“I just thought that was the best thing,’’ Daboll said. “He’s been here for a while. He knows what we’re doing. Takes a while to teach these guys some of the stuff and I think he has a pretty good grasp of what we’ve been doing the last month, so that was the thought process behind it.’’