Billy Beane won’t be headed for a Mets reunion.

The A’s vice president of baseball operations recently told the Mets he was removing himself from consideration in their search for a top baseball executive, The Post’s Joel Sherman confirmed. The Athletic first reported Beane’s withdrawal.

Beane, who was drafted by the Mets in 1980 and has been leading the A’s baseball department since 1997, became the latest top candidate to exit the running to take over the Mets. 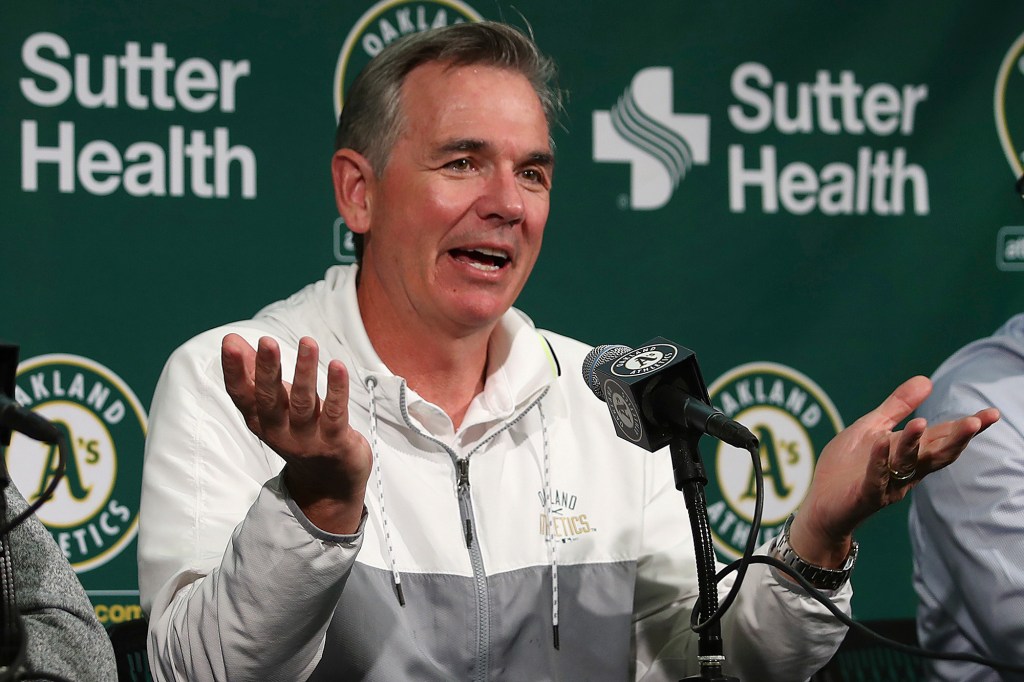 A’s president of baseball operations Billy Beane has withdrawn himself from consideration for a role in the Mets’ front office.AP

Over the weekend, the Brewers denied the Mets’ request to speak with president of baseball operations David Stearns. Owner Steve Cohen also recently spoke with Theo Epstein about the job, but the two sides agreed it wasn’t the right fit.

It is the second straight offseason in which the Mets have been looking for a president of baseball operations, but finding it difficult to court some of the biggest names in the game.