Justin Fields and the Chicago Bears in: The Case of the Mystery Shoulder.

Uncertainty is surrounding the Bears’ second-year star after Fields injured his shoulder late in Chicago’s 27-24 loss to the Falcons on Sunday afternoon, with conflicting reports on just how serious the injury is – and what the injury is in the first place.

Fields was seen being carted off the field at the end of the game, and NFL Media’s Ian Rapoport tweeted on Monday that he suffered a dislocated shoulder. However, Pro Football Talk reported later Monday night that Fields’ shoulder was not actually dislocated at all.

“Per a source with direct knowledge of the situation, Fields did not suffer a dislocation,” Mike Florio wrote in the report. 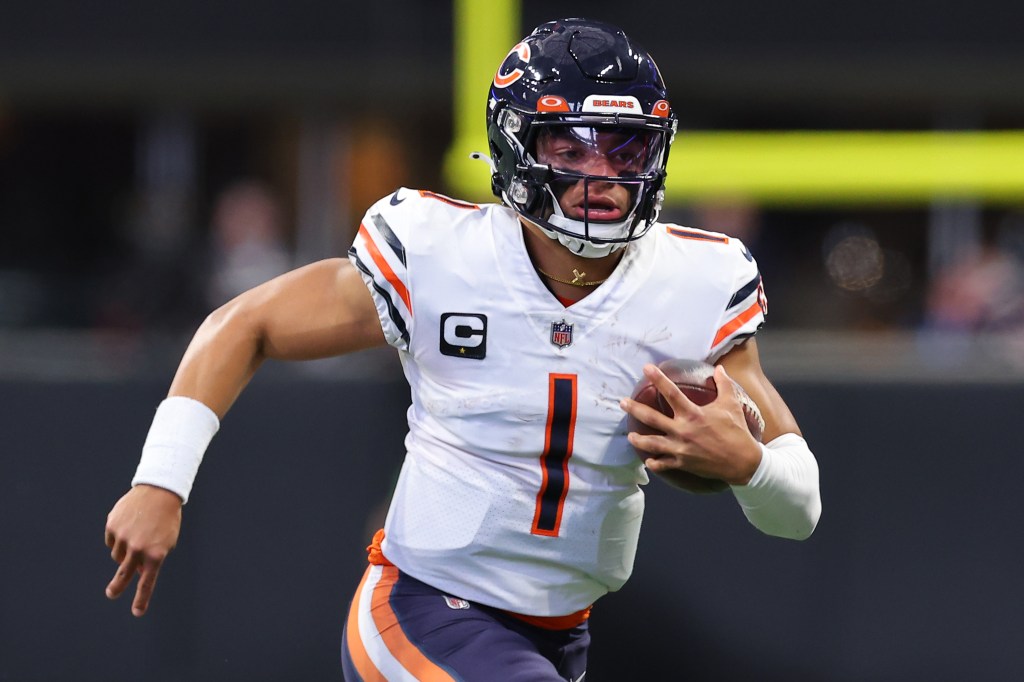 Bears head coach Matt Eberflus described Fields’ injury as “day-to-day” during his press conference following the game. However, he also wouldn’t rule out the possibility that Fields’ injury is season-ending.

What we do know is that Fields did suffer a shoulder injury, and it likely occurred late in the Falcons game. Despite clearly being hobbled in the fourth quarter, Bears offensive coordinator Luke Getsy still called a pair of designed runs in Chicago’s final drive, forcing Fields to take even more hits. 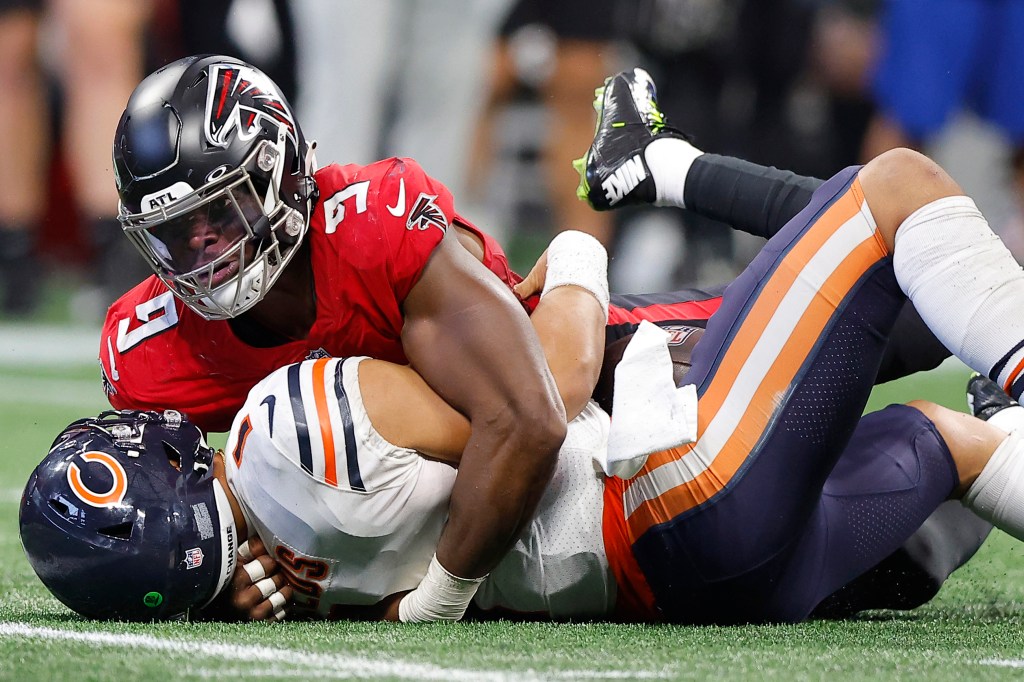 Justin Fields takes a hit during the Falcons gameGetty Images

Through 11 games, Fields leads all NFL quarterbacks in both sacks and rushing attempts. Chicago’s offensive line is lacking, and the number of rushing attempts has compounded the amount of hits he has taken in his second season.

Despite the injury uncertainty, Fields has yet to be ruled out for this week’s game against the Jets. Time will tell if he ends up playing this week – or at all for the rest of the season. Or what his injury actually is. Who knows at this point. How should the Jets handle Zach Wilson?