So far, the internet can’t get enough of Durran’s latest work. Fans first got a glimpse of Robbie, 31, as the iconic plastic “Barbie” in April when Warner Bros. released a still of the “Birds of Prey” actress looking nothing like her villainous Harley Quinn character.

In the pic, blond Robbie sits in a pink convertible while sporting a blue polka-dot headband — and a big smile. 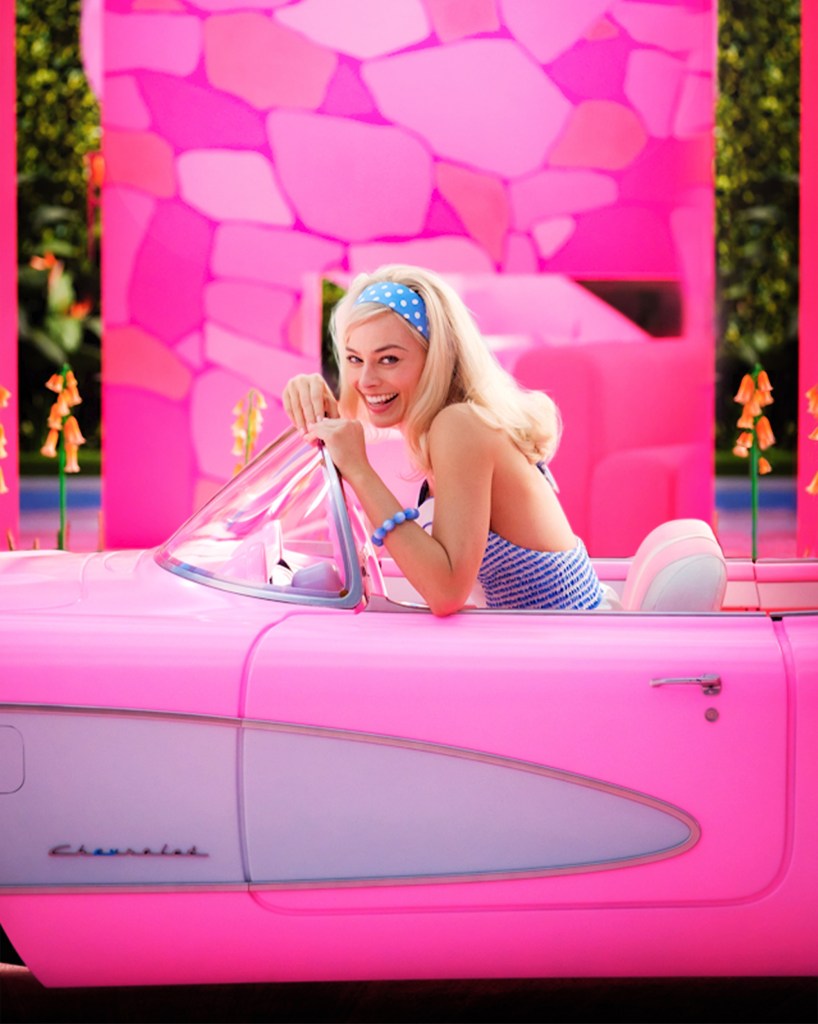 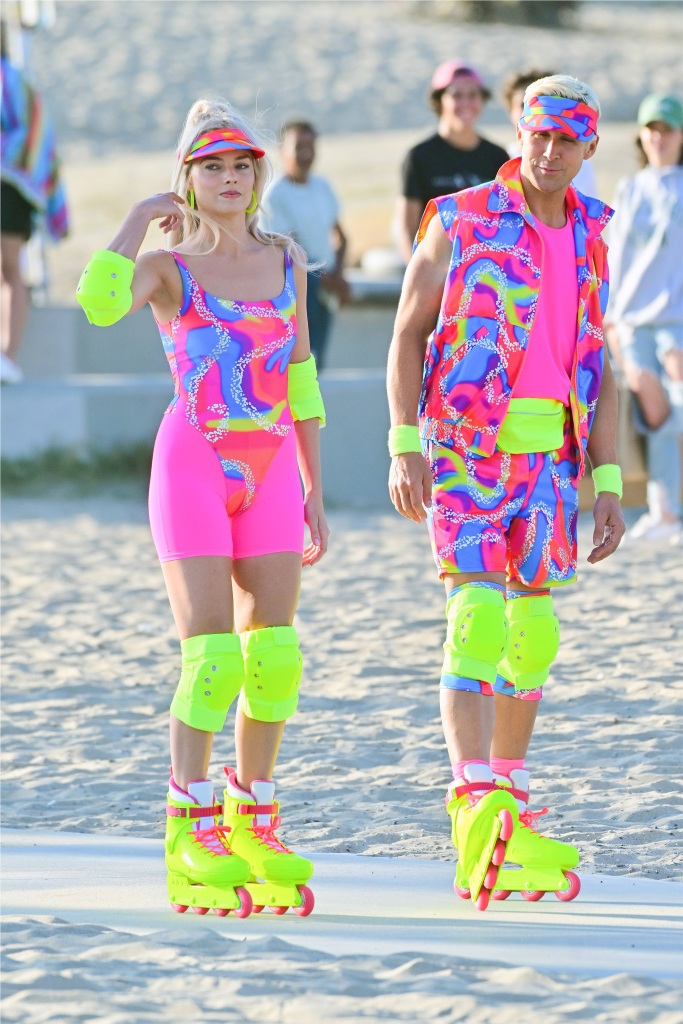 Social media lost its mind earlier this month when Warner Bros. released the first photo of Gosling, 41, as Ken. The actor has bleach-blond hair, a spray tan and abs for days in the now-viral still.

Over the weekend, paparazzi took photos of Barbie and Ken together on set in Venice Beach in Los Angeles. Just days before sporting neon-green in-line skates and colorful visors, the pair wore matching cowboy outfits and lit social media on fire. 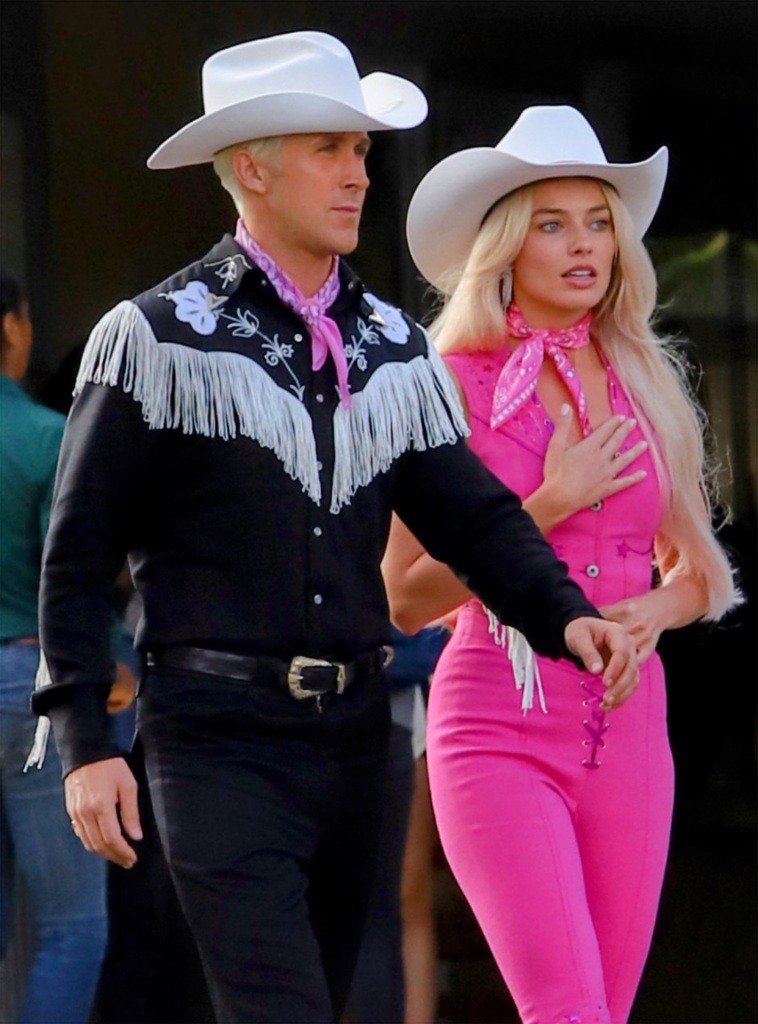 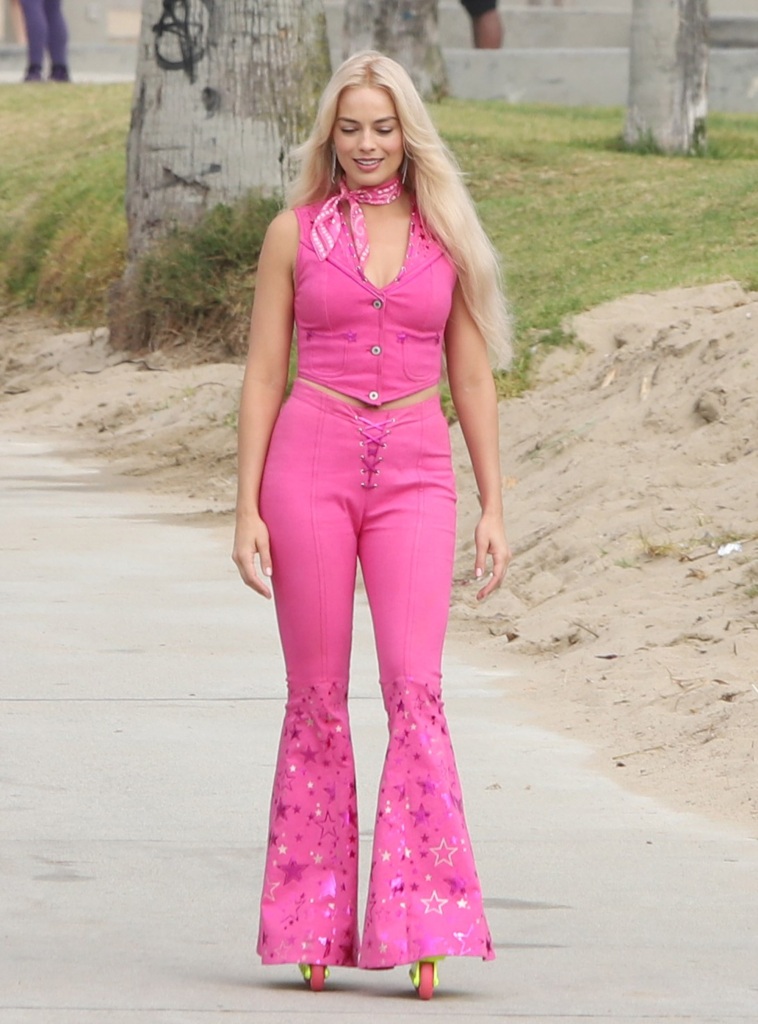 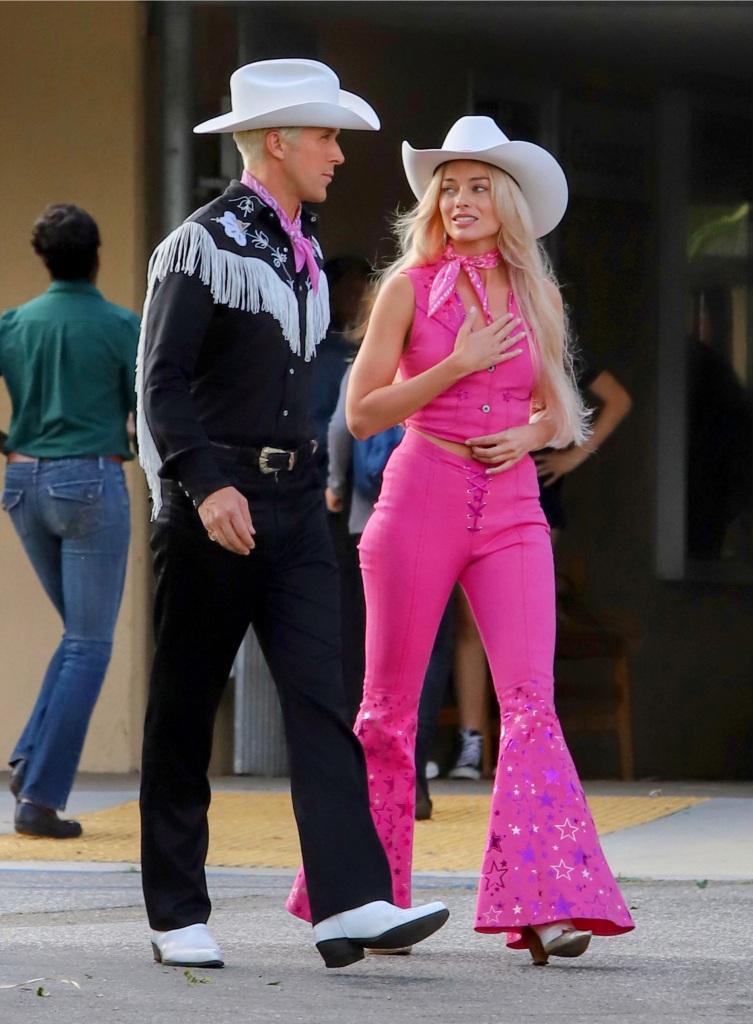 Official plot details for the movie have yet to be released, but America Ferrera, Simu Liu, Kate McKinnon, Alexandra Shipp, Emma Mackey, Kingsley Ben-Adir, Issa Rae and Michael Cera will appear in the film, too.