Baker Mayfield knows his road to recovery isn’t “going to be an easy one,” but that this setback is only a minor bump in his story.

In a video message shared Wednesday on Instagram, the Browns quarterback told his 1.6 million followers that his recent shoulder surgery to repair a torn labrum in his non-throwing shoulder “was a complete success,” and he’s one step closer to getting back to his “true self.”

“This past year hasn’t been very easy, lot of stuff has gone down and it wasn’t easy on me or my family,” Mayfield said in the 70-second clip. “I appreciate everyone that’s reached out, wished me well and good luck on the surgery, all the prayers and everything, it definitely did not go unnoticed.”

Mayfield had a disappointing fourth year with the Browns, one which was marred by both on-field and off-field challenges. In addition to playing through a shoulder injury for most of the 2021 season, Mayfield’s performance was also heavily criticized, with Odell Beckham Jr.’s father even ripping into the 26-year-old quarterback on social media.

Beyond Beckham’s breakup with the Browns in November, amid mounting discord with the team, Mayfield and wife Emily also became the targets of death threats after the quarterback threw four interceptions in a Christmas Day outing against the Packers.

Despite missing the playoffs just one year after reaching the divisional round, the Browns are sticking with Mayfield for 2022.

For now, however, Mayfield is just focused on his recovery. 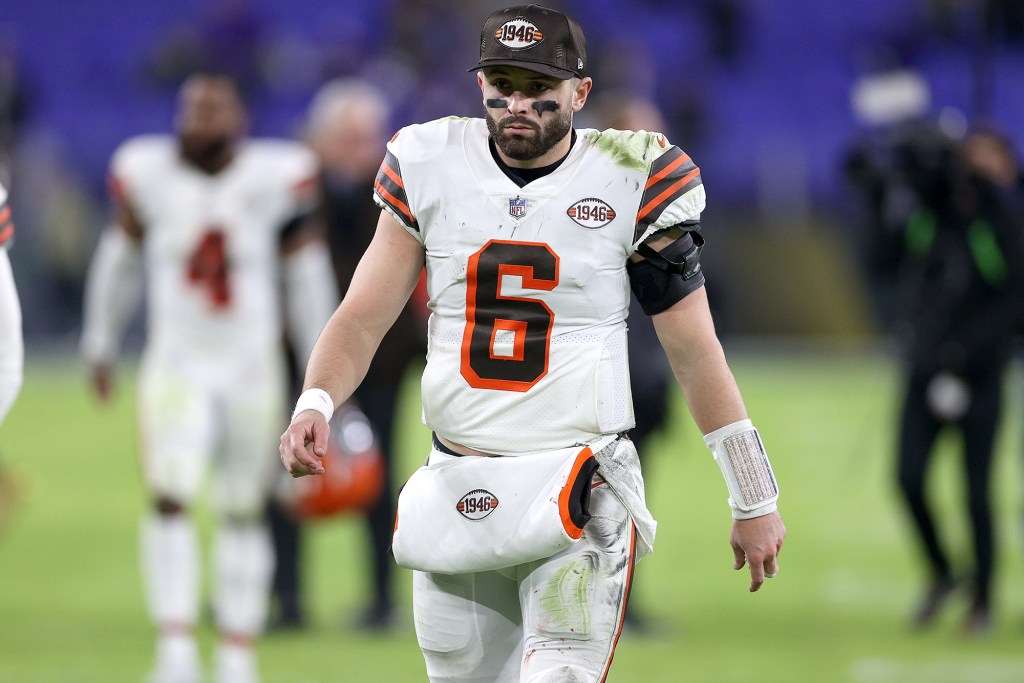 Browns quarterback Baker Mayfield played through injury much of the 2021 NFL season.Getty Images 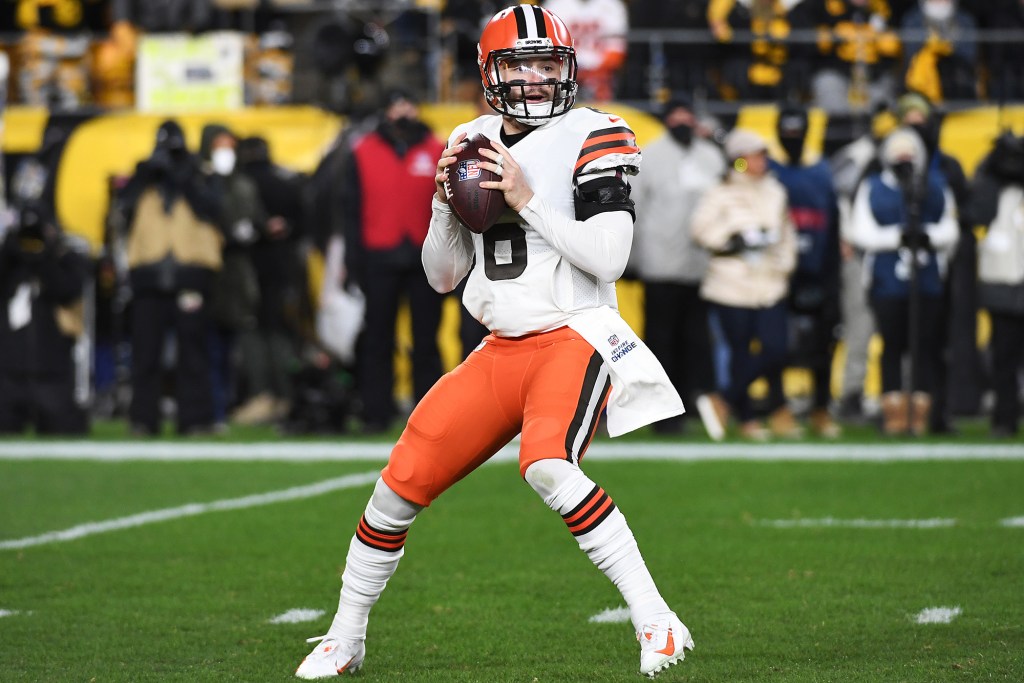 Baker Mayfield is expected to return to the Browns for the 2022 season.Getty Images

“This is not the end of my story, it’s just going to be one of those little things that I’ll look back and remember that it’s one of those challenges and adversity that I’m going to try to take advantage of, and it’ll make me a better person,” he said in Wednesday’s video.

The timetable for Mayfield’s recovery is expected to be four to six months, according to ESPN. The former first-overall pick is slated to begin physical therapy next week and is anticipated to be cleared for training camp, which begins this summer, an insider told the publication.