One man’s alleged infidelity is the entire internet’s source of entertainment.

On Tuesday, Levine denied having an affair but admitted he “crossed the line.”

Perhaps the biggest parody so far is TikToker Miles Jones’ clip where he claims he was the inspiration behind Maroon 5’s 2012 hit “Payphone.”

The fake messages Jones jokes are from Levine follow the same format the band leader allegedly sent Instagram model Sumner Stroh. In the alleged messages, Levine said he wanted to name his unborn child after her, but in Jones’ version, he asks if he could name the band’s new single “Payphone” since “Jones couldn’t talk because he’s at a payphone.”

“My thoughts go out to Adam’s wife & kids during this time. They are the true victims all jokes aside,” he captioned the video, which has 2.5 million views. 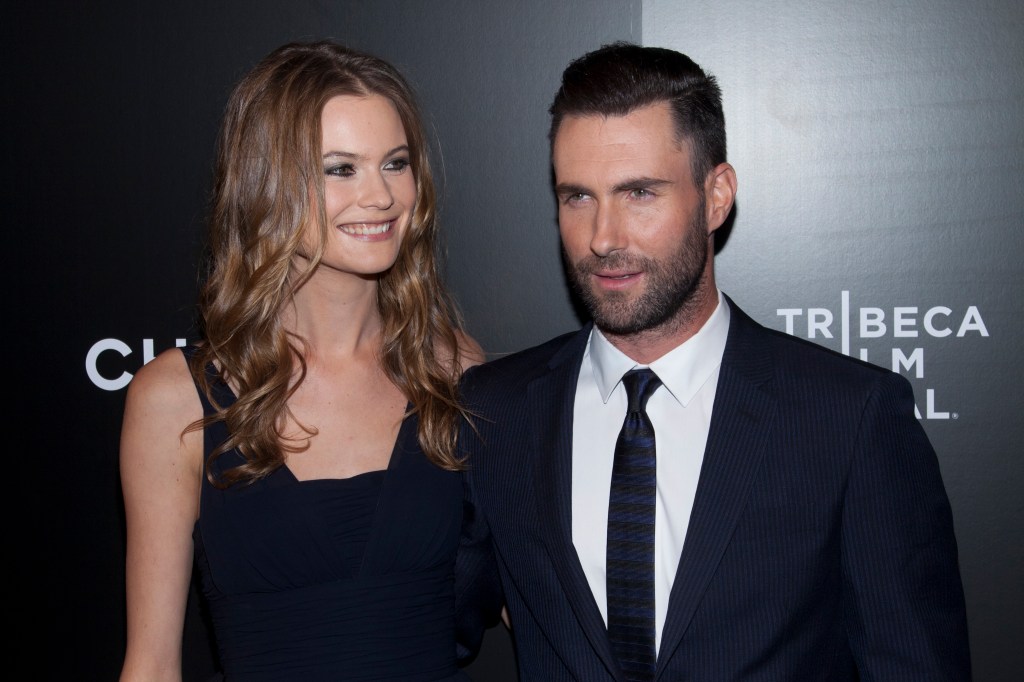 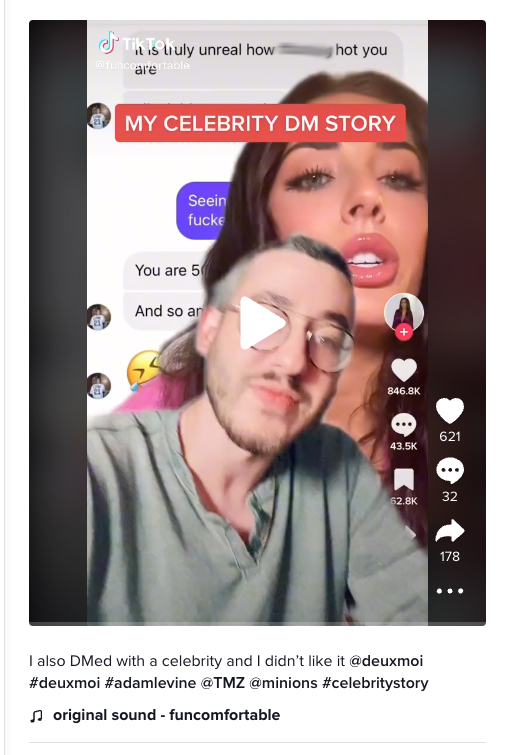 Director and songwriter Sam Haft also used the Levine news to “share his own story” about fake messages he received from late actor Wilford Brimley, who died at age 85 in 2020.

“Can she fight,” Brimley continued.

“TikTok is throttling my views because they are AFRAID OF THE TRUTH. repost to show the algorithm you refuse to let them silence me,” Haft continued the bit in his comment section. 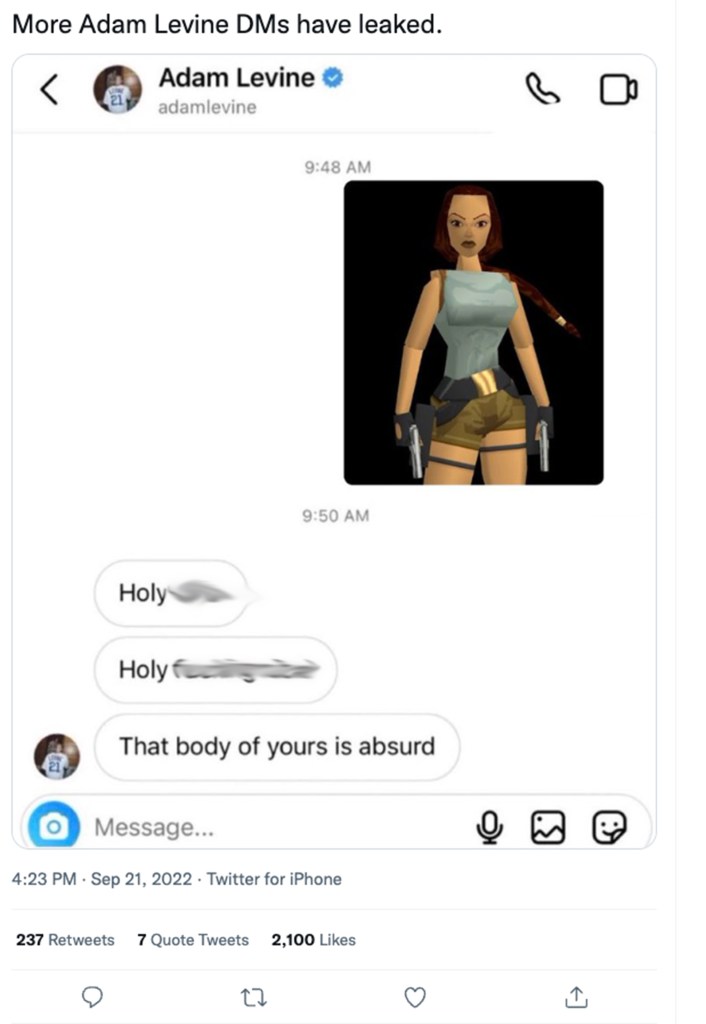 Over on Twitter, users jokingly announced that more texts between mystery women and Levine have surfaced. Twitter/@JustifyMyLee

Over on Twitter, users jokingly announced that more alleged texts between mystery women and Levine have surfaced. But the imposters just photoshopped pictures — superimposing the cartoon Lara Croft from Tomb Raider and a white duck — to messages to which he allegedly replied “Holy f—k. Holy f—king f—. Your body is absurd.”

Despite the noise, Levine and Prinsloo are putting on a united front. The pair — who has been married since 2014 — were spotted picking their kids up from school in Montecito, California, on Tuesday. On Wednesday, they noticeably held hands as they ran errands around town.