Aaron Rodgers has a big worry over Packers’ ayahuasca celebration Get used to the word ayahuasca. It’s going to be a theme when it comes to Aaron Rodgers.

The plant-based psychedelic, which Rodgers has credited in the past for his back-to-back MVP seasons, was the focus of a touchdown celebration by the Packers on Sunday night.

After receiver Allen Lazard scored in the Packers’ 27-10 win over the Bears, the team paid homage to it, with Lazard using the football like he was pouring a drink into different players’ hands. They then pretended to have a strange reaction to the drink.

“Allen kind of spread that to the rest of the guys so I was aware they were doing something,” Rodgers said.

As for his involvement, Rodgers said: “Just wanted to get over there and get involved.” 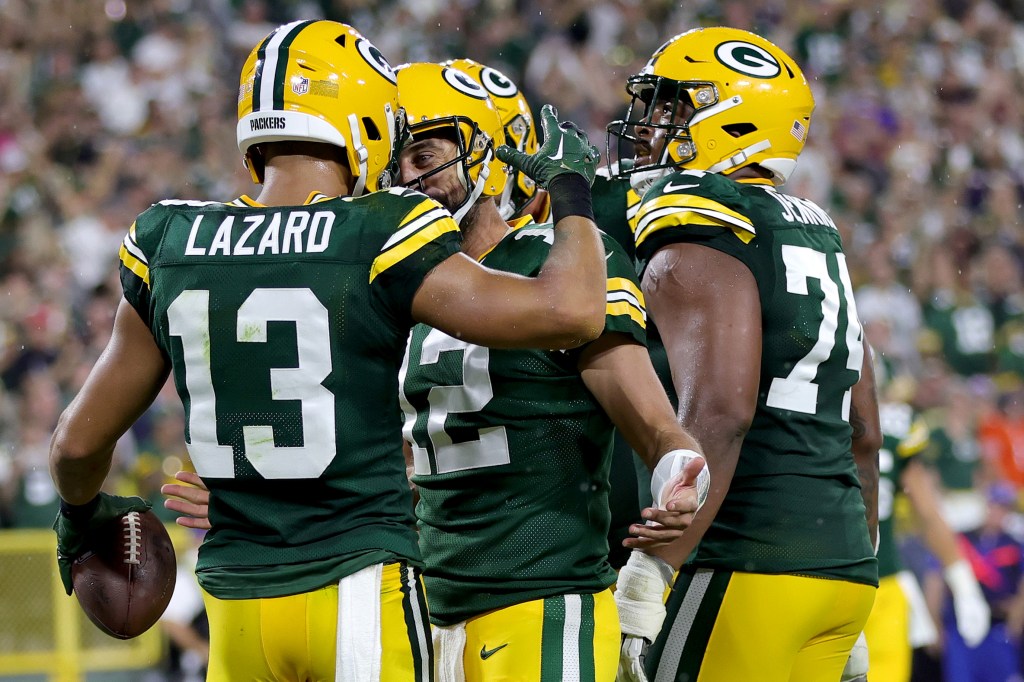 Aaron Rodgers and Allen Lazards celebrate the touchdown against the Bears.Getty Images

The quarterback, though, wanted to make it clear that the drug doesn’t knock you out.

“You’re not standing up drinking, having this Jesus revival, slaying in the spirit. It’s not like that,” he said. “You don’t have some immediate pass-out into oblivion. Ayahuasca is not a drug. It has properties in it that have hallucinogenic abilities. But it’s not a drug. We’re talking about plants here.

“It’s a very important point to make. This is how words are created in society to create a certain bias against certain things. I do think it’s important to go on this ridiculous tangent how words are used to create bias. Those biases create fears and those fears prevent people from doing their own research or having their own idea and truth in a situation.”

Rodgers, who threw for two touchdowns in the victory, said he expects to have another ayahuasca experience in the future. 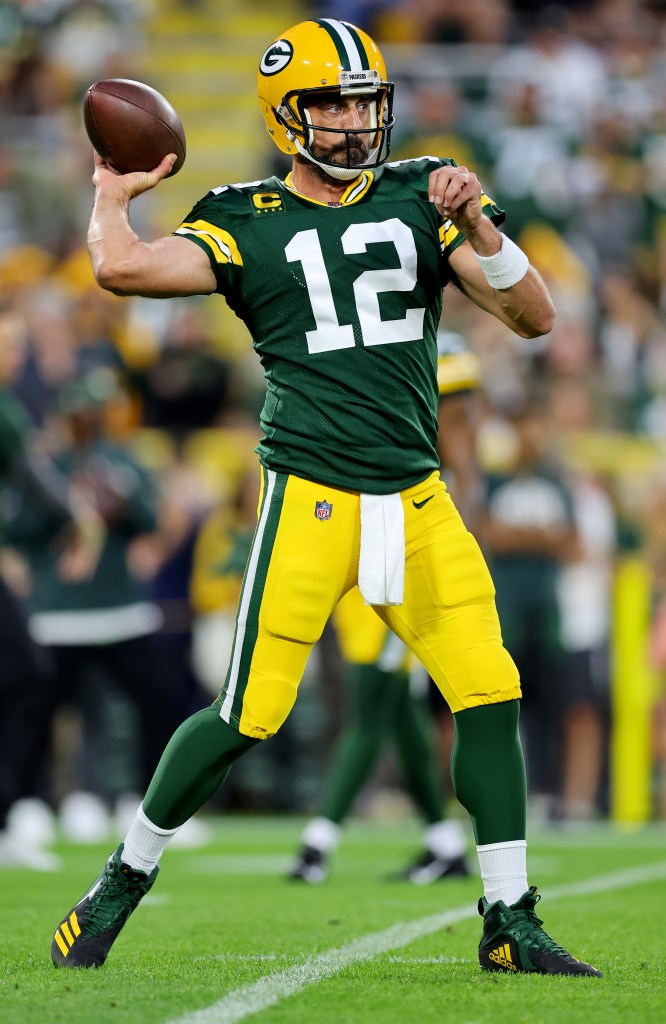 Aaron Rodgers throws a pass against the Bears on Sept. 18, 2022.Getty Images

“Once you sat with the medicine one time you kind of know what that feeling is that more lessons to be learned. … Some people sit 100 straight days and still feel called years and years down the road to keep on doing it. I had such a beautiful experience I’m pretty certain it won’t be my last,” Rodgers said. Margot Robbie: I was ‘mortified’ after ‘Barbie’...