It’s the way of the box office.

Zoe Saldaña has become the first actress to have four movies gross more than $2 billion at the box office.

Over the weekend, Saldaña’s newest flick, “Avatar 2: The Way of Water,” soared past the $2 billion mark after opening in December.

The 44-year-old actress also appeared in James Cameron’s original “Avatar” in 2009 which made nearly $3 billion at the box office.

Saldaña later made her appearance as the intergalactic assassin-turned-hero Gamora in Marvel’s “Avengers: Infinity War” and “Avengers: Endgame,” which made $2 billion and nearly $3 billion, respectively.

Coincidentally, Cameron has also claimed the title of being the first director to have three films — both “Avatars” plus “Titanic” — pass the $2 billion benchmark.

Saldaña said being in franchise films made her feel “artistically stuck.”

“I feel that for the last 10 years of my life, I’ve been just stuck. I felt stuck doing these franchises,” said Saldaña to WWD.

“I’m very grateful for the opportunities that they provided, from collaborating with amazing directors and getting to meet cast members that I consider friends and getting to play a role that fans, especially children, love.

“It also meant that I felt artistically stuck in my craft of not being able to expand or grow or challenge myself by playing different sorts of genres and different roles,” continued the actress. “But today, now that I’m 44, I’ve been able to have these opportunities, and I took control over my aging and I took control over my voice and how I consider myself as a woman.” 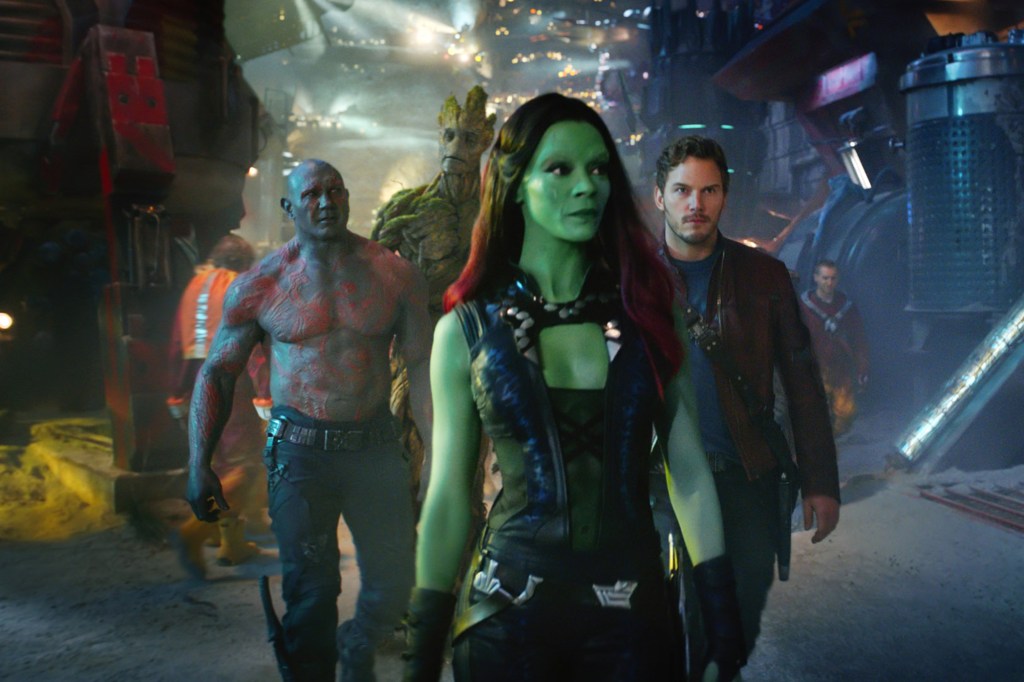 Saldaña is slated to rejoin the Marvel cinematic universe as Gamora in “Guardians of the Galaxy Vol.3” set to open May 5. ©Walt Disney Co./Courtesy Evere

“I’m so happy that I’m able to collaborate with filmmakers and producers and people in this industry that want that for women, that want women to be ageless and who don’t fetishize women’s youth. And so it’s interesting. It’s really interesting.”

Saldaña is slated to rejoin the Marvel cinematic universe as Gamora in “Guardians of the Galaxy Vol. 3” set to open May 5.

saldana starred films other actress
Read The Rest at
nypost.com Pam Anderson reveals that she found a crack...