Lisa Wilson seems to be breathing a bit easier following the Jets’ thrilling win over the Steelers on Sunday afternoon.

Taking to her Instagram story, the mother of Jets quarterback Zach Wilson gave fans a peek at her game-day viewing, revealing she was feeling rather queasy as her 23-year-old son made his return from injury. 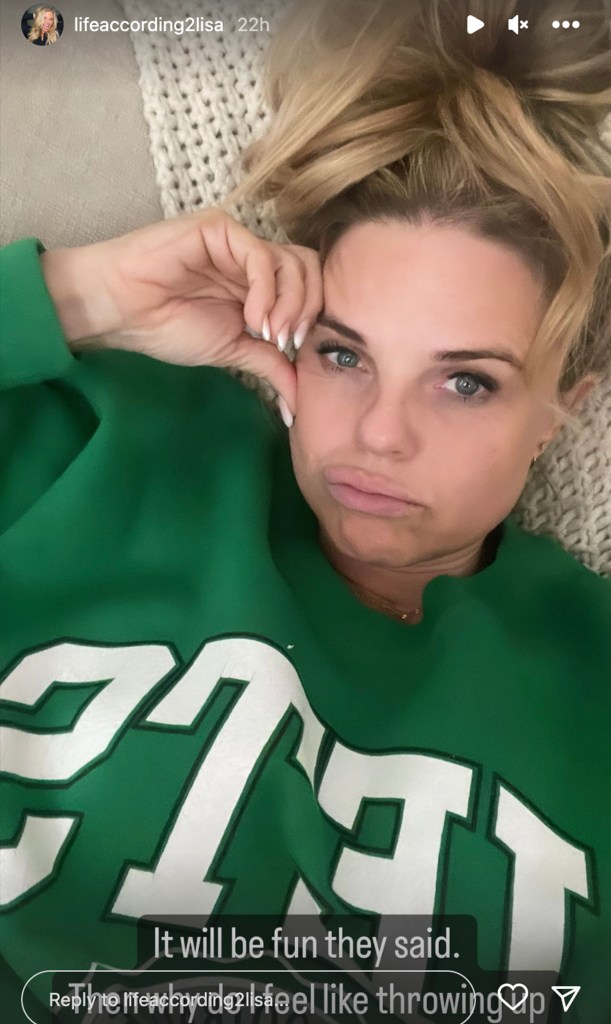 “It will be fun they said. Then why do I feel like throwing up,” Lisa captioned a photo of herself.

Wilson, who underwent knee surgery in August after suffering an injury in a preseason game, had an electric return to the field in Pittsburgh, where he caught a touchdown pass from Jets receiver Braxton Berrios on a trick play in the second quarter. The former second-overall pick then celebrated with a dance in the endzone.

Though the Jets fell behind early in the fourth quarter, Wilson rallied to give New York its second win of the season, defeating Pittsburgh, 24-20.

“It was an ugly win, but that was some of the some of the most fun I’ve had playing football,” Wilson said postgame. “The emotions, the ups and downs, trying to overcome adversity, such a cool fight by the guys.” 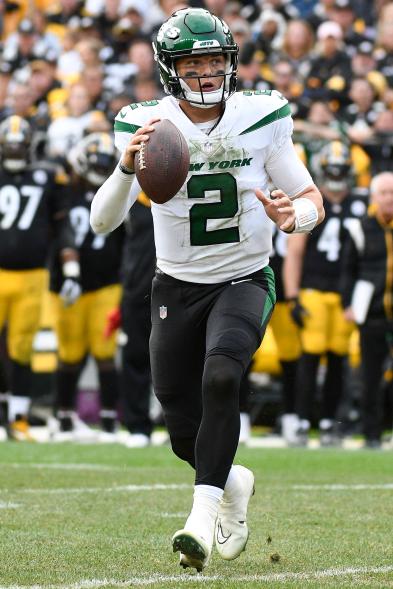 Jets quarterback Zach Wilson looks to pass against the Steelers on Oct. 2, 2022. AP 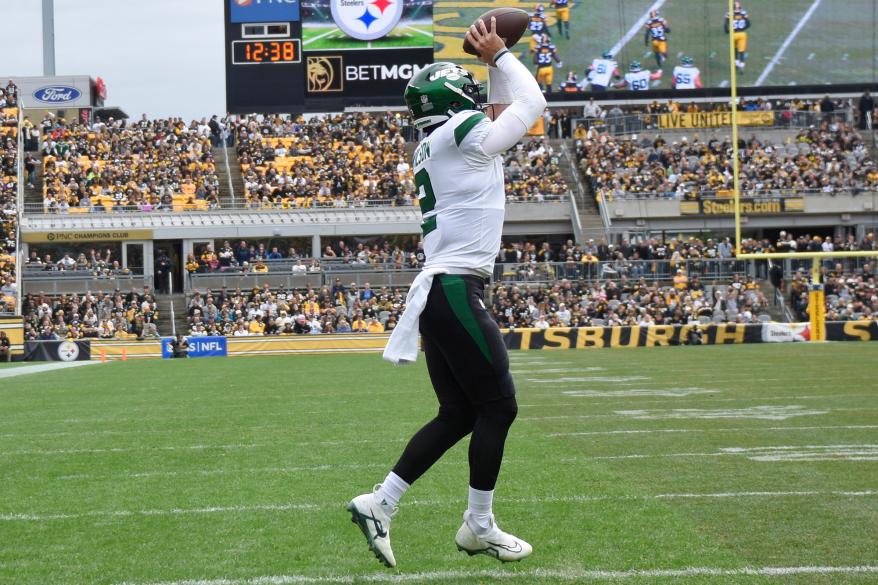 Zach Wilson makes a touchdown catch against the Steelers on Oct. 2, 2022. AP 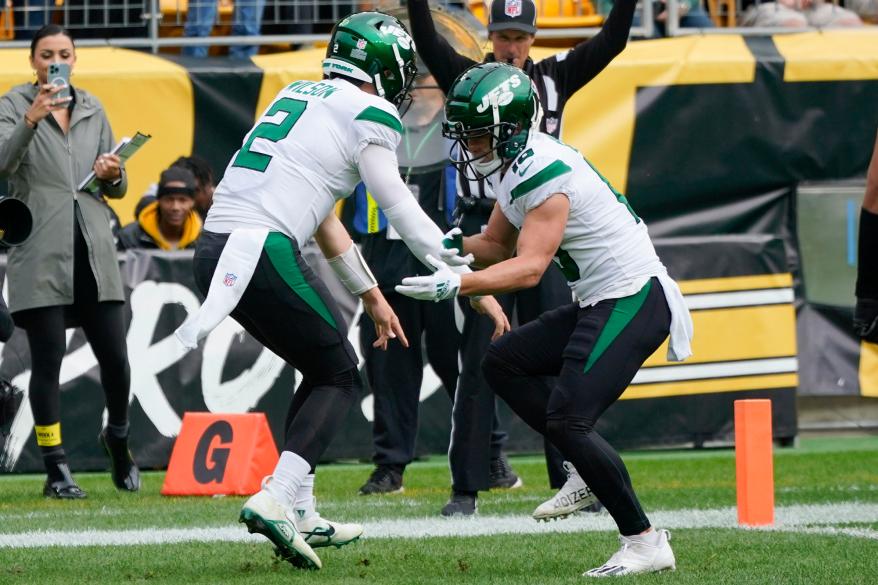 Lisa, who has long chronicled Wilson’s NFL journey, later shared a separate video on her Instagram story, where she spoke about coping with stress during games.

“Well, that was fun, said no mother of a quarterback ever,” Lisa began. “So, people have been writing me going, ‘What do you do? Do you scream at the TV, are you freaking out and jumping up and down?’ No, I actually sit there, very quiet, very calm.”

When she gets “too nervous” over the action, Lisa explained how she’ll “find a dark space somewhere,” and will “lay very calm.”

“I let every muscle in my body just relax,” said Lisa, who also sends positive energy in Wilson’s direction. 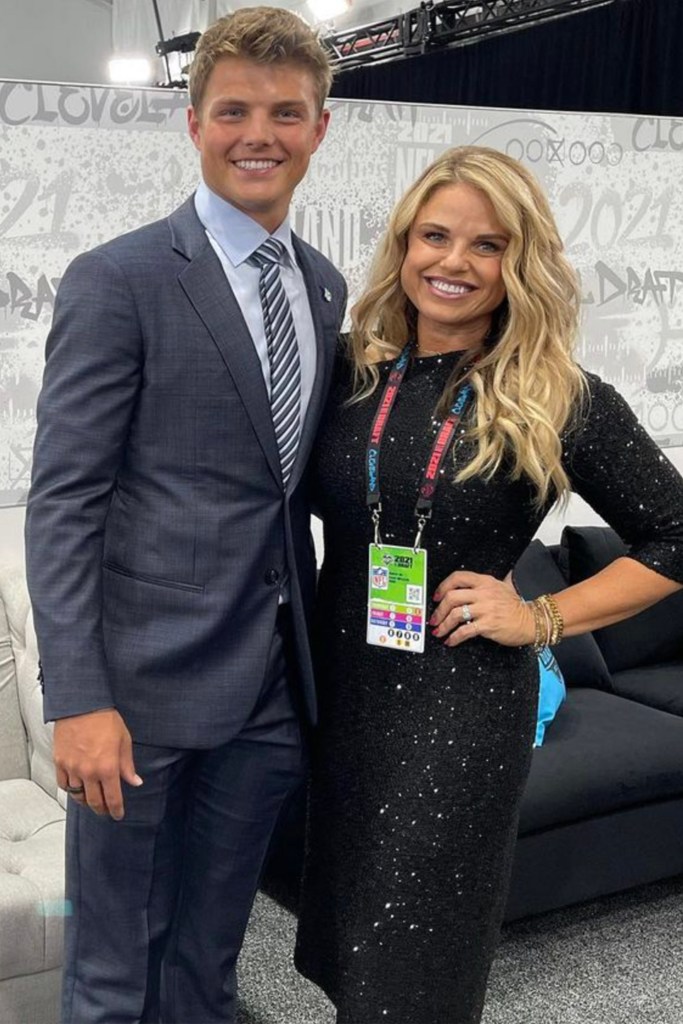 The second-year quarterback completed 18 of 36 attempts for 252 yards in Sunday’s game, along with two interceptions.

The Jets will host the Dolphins next week.

wilson throwing during return
Read The Rest at
nypost.com How offensive line bounced back to help Giants...