The rule of “there’s no crying in baseball” may have to be broken with this one. 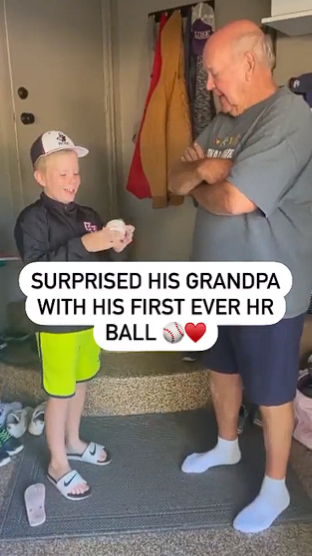 Video captures the boy giving his first home run ball to his grandfather.carrierdamon/Instagram

In the clip, the boy approaches his grandfather, gushing about smacking two homers, one of which was a grand slam.

The grandfather, who began to get emotional, then asked his grandson why he did that. The two then embraced, and grandson responded with a tear-jerking message: 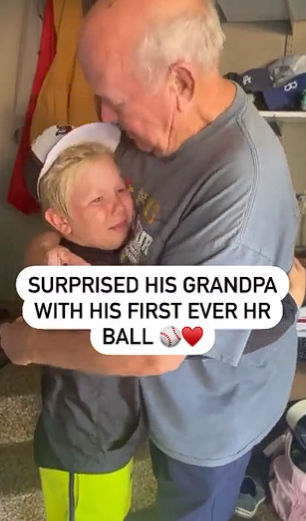 The two teared up at the moment, with the grandfather saying his grandson giving the ball was “sweet.”carrierdamon/Instagram

“You taught me everything about baseball,” he said, with tears shedding from his eyes, too.

“That’s so sweet,” the grandfather said in response. Nick Faldo Retires From The CBS Golf Booth, As...