Yasiel Puig is hoping to step in a major league batter’s box again before his career ends.

The 31-year-old told TMZ he is happy playing for the Kiwoom Heroes of the KBO League, but would prefer to play his trade stateside. 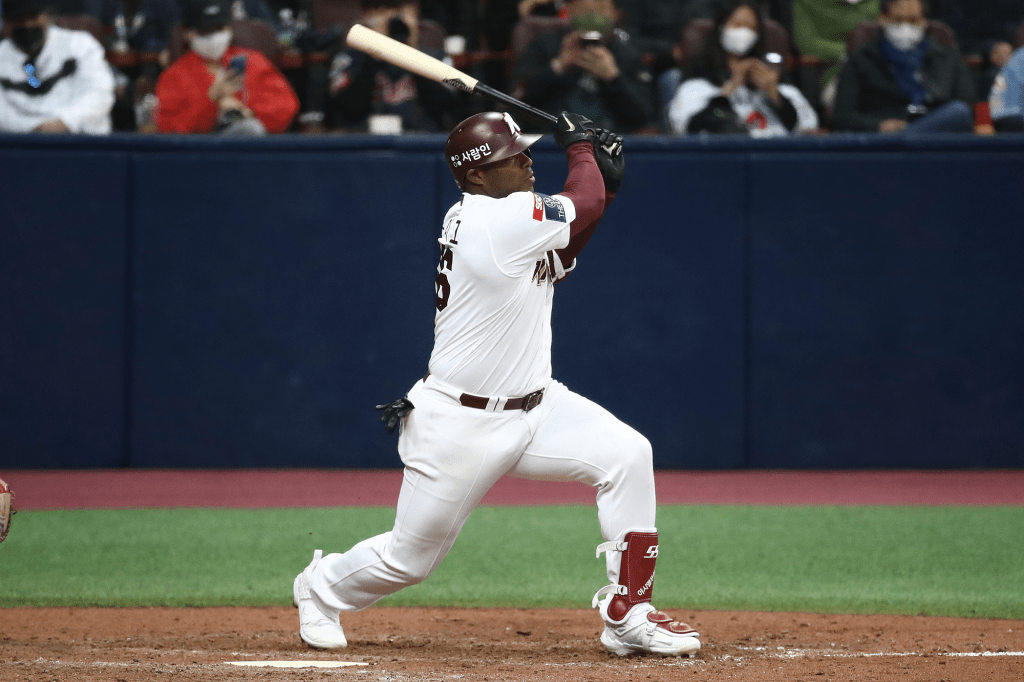 Puig actively plays for the Kiwoom Heroes of the KBO League.Getty

The outfielder is determined to make it back to the majors after not having played an MLB game since 2019 with Cleveland.

He burst onto the scene with a spectacular 2013 rookie season, batting .319 with 19 home runs and a .925 OPS over 104 games. He failed to replicate that success and further irritated teams with boneheaded plays and miscues.

“God put me in this spot to do the best I can to show people that I’ve changed from five or six years ago,” Puig told TMZ.

The slugger said he’d be willing to play another year in the KBO to prove he is once again ready for MLB action. In 2022, he’s hitting .259 with 13 home runs in 85 games for the Heroes.

“I’m so excited to be here,” Puig said. “Only God knows if I’ll come back here or back to the Big Leagues. Nobody knows that – only God.”