Losers of 12 of their last 15 games, Yankees fans are understandably concerned with their recent performance. After going down 3-0 in the first inning last night, fans decided to occupy themselves by getting haircuts in the stands, seemingly knowing that the Bombers won’t be coming back.

Sure enough, they did not. They dropped their third straight and sixth of the last seven. Pre-season Yankees World Series bettors were already planning their trip to the sportsbook to cash futures tickets, or seeing green on their sports betting apps and booking fancy dinner reservations.

Well, now those very same bettors and Yankees fans are singing a different tune. As Bob Dylan once said, times they are a-changin’.

Below we break down whether the Yankees fans should genuinely be worried once October rolls around. 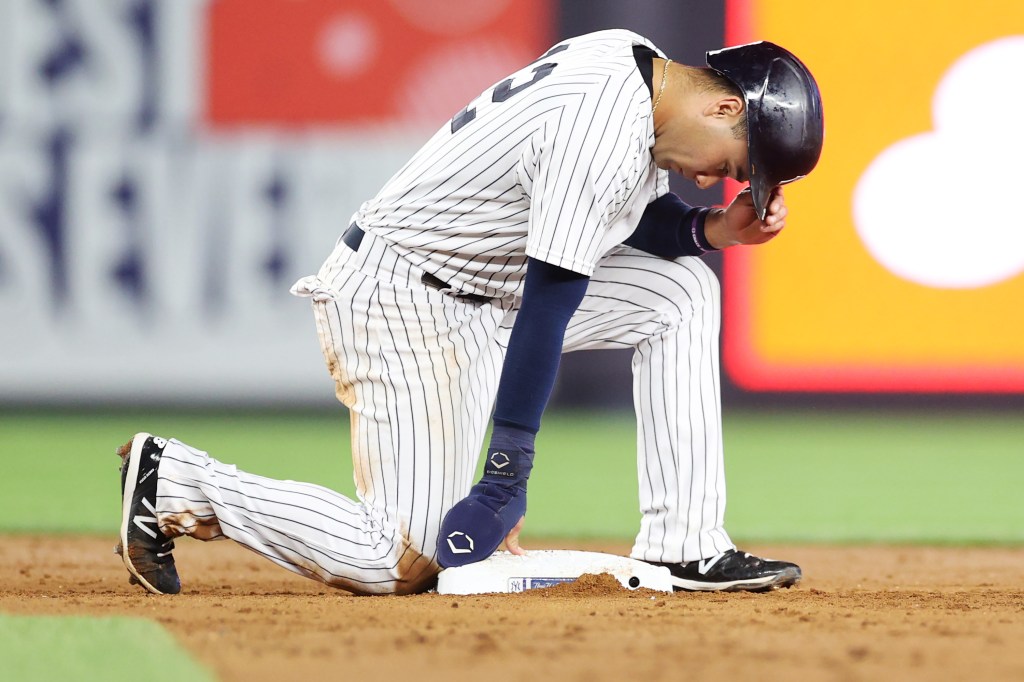 Isiah Kiner-Falefa #12 of the New York Yankees reacts after being tagged out. Getty Images

Despite owning the second-best run differential in all of baseball, everyone is clamoring that the Yankees were never who we thought they were. Regression was inevitably coming, as this team winning 120 games was a torrid pace and unfair expectation.

Regression for key performers like Gleyber Torres and Clay Holmes is hurting this team. But let’s not forget the injuries this roster has sustained, and who may return before long.

Let’s start with the Yankees closer, for now, Clay Holmes. He was dominant to start the season, leading to some rather unfair Mariano Rivera comparisons.

Holmes allowed opposing hitters to hit .169, with a .153 expected batting average (xBA) which shows that he was no fluke and an ERA under one (best in baseball). Since the calendar turned to July, opponents are hitting .250 against Holmes, but an xBA of .200 shows that he was a bit unlucky. Regardless, his 8.10 ERA, 5.62 FIP, and 8.10 BB/9 scream trouble for the Yankee closer.

Holmes appears likely to join fellow bullpen anchor Michael King on the injured list with a back injury, so perhaps this is an explanation for his incredibly poor turnaround.

Still, Aroldis Chapman has pitched much better recently (zero earned runs in nine straight appearances), so it stands to reason that this is far from the end of the world for the Yankees. 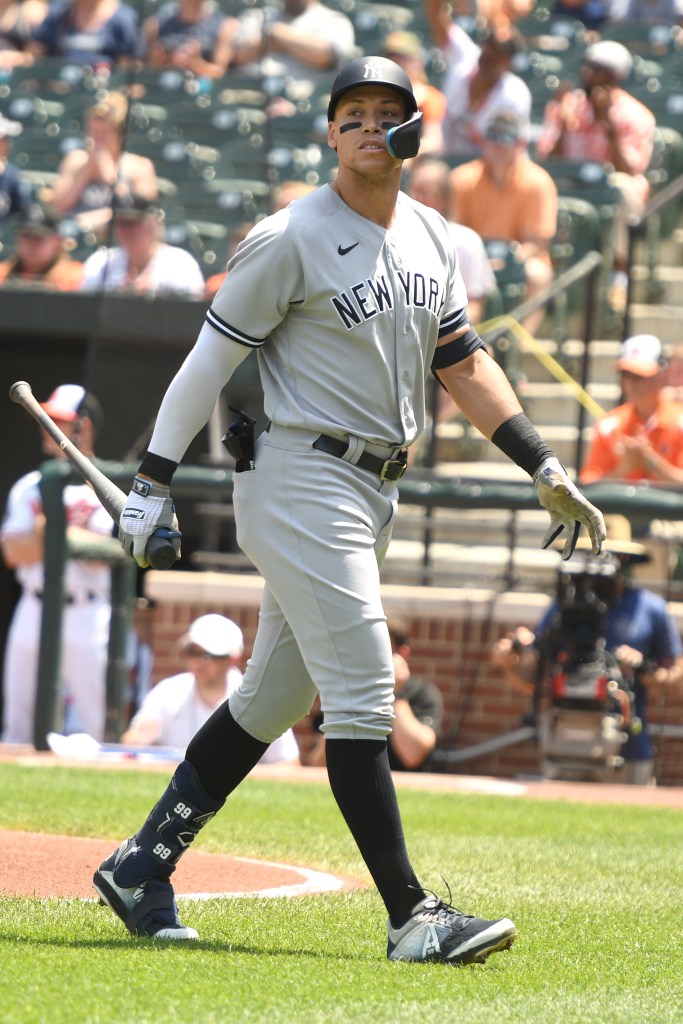 The Yankees lineup has not been the same since it lost Giancarlo Stanton to injury. Stanton has been their second-best player all season, and his peripheral stats actually show he’s performed near the level of overwhelming AL MVP favorite Aaron Judge.

The Post’s Greg Joyce did report that Stanton and DJ LeMahieu will not be rushed back. However, on Tuesday, Aaron Boone told reporters that Stanton will embark on a rehab assignment in the next few days. His return to the lineup would be a massive boon for the Bombers, who have missed their slugger since his IL placement on July 26th.

Another reason for the lineup’s struggles is the decline of Gleyber Torres since the calendar turned to July. Here are his stats, before and after June 30:

The batting average is not much of a problem, but his strikeout rate is up, his average exit velocity is down, and he is no longer hitting for power. This is a significant issue for the Yankees, especially since they considered trading Torres during the trade deadline.

Other performers have been pretty unlucky of late, but their stats show that it should improve shortly. Anthony Rizzo, in particular, has improved his average exit velocity since the summer hit, despite worse real-life results. 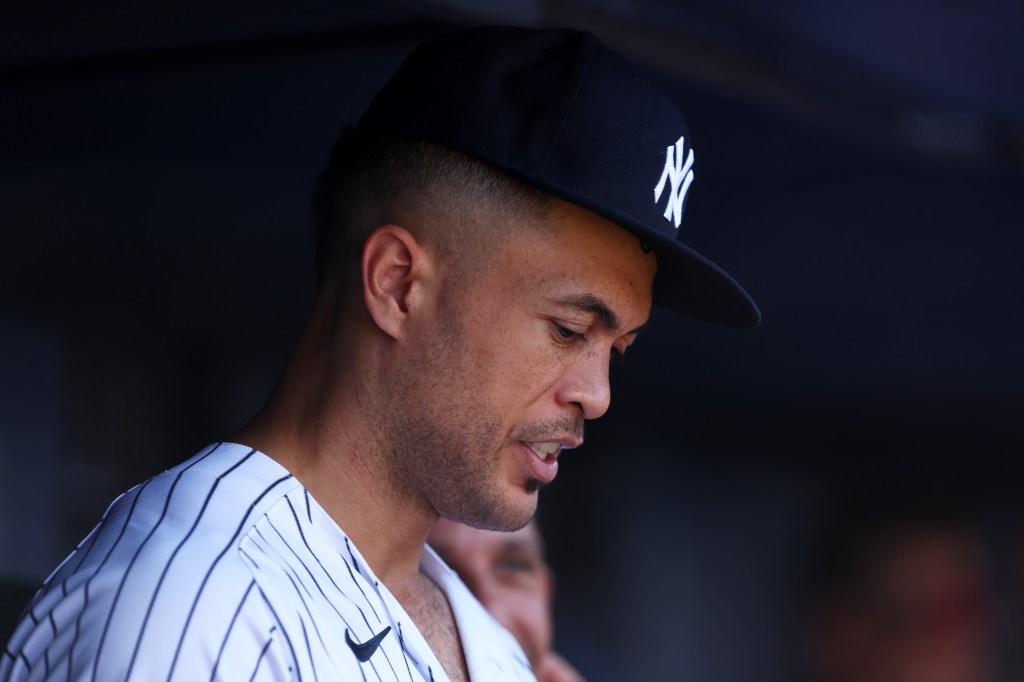 On a panic meter, bettors should be at a max of five out of 10 and no higher. The Yankees will be able to remove Torres from the lineup when LeMahieu returns if his struggles continue, and Stanton should stay healthy as a full-time DH with the addition of Andrew Benintendi.

Furthermore, while not as good as initially thought, their starting pitching should have some combination of Gerrit Cole, Nestor Cortes, Luis Severino, Frankie Montas, and Jameson Taillon.

When they go to a four-man rotation, the odd man out will head to the bullpen, an essential option for this roster.

If you want to panic, wait until Stanton returns first. If he does not return, it’s likely cash-out time for your bets. For now, sports bettors should focus on staying level-headed and drown out the negative noise from worried Yankees fans.

Like stocks, buy low and sell high. Perhaps the Yankees could be a buy if the number leaps back to +500 or higher.