Aaron Judge hit his 61st home run of the season in front of Blue Jays fans in Toronto on Wednesday night, tying Yankee legend Roger Maris for most home runs hit in a single season in the American League.

With the historic quest for 62 now on, the Yankees are back in the Bronx. Fans will once again be swarming the Yankee Stadium gates hoping to catch the a glimpse of history — and perhaps, a record-breaking baseball which could be worth up to $1 million.

If you don’t already have your ticket, be prepared to shell out.

Tickets for Friday’s game are all but sold out on the Yankees’ official website. On the secondary markets, tickets are starting at around $85 for standing room only and the 400 level. Per TicketIQ, the average price of a ticket for Friday’s series opener is $374.

The sections in which the historic home run may land at Yankee Stadium are most likely the field-level seats in the outfield. Tickets in right field, Judge’s opposite, are going for $204 at the cheapest and in left field the cheapest start at $426. The bleachers are cheaper, with tickets around $130-$140, although it is less likely, but certainly possible considering his power, that Judge will hit it into the bleachers.

Saturday’s tickets are a bit cheaper, for now — coming in at an average of $170, per TicketIQ. Bleacher section 236 starts at $97 and Section 105 at $144 a ticket, with the surrounding sections comparable. If Judge doesn’t hit number 62 Friday night, though, expect Saturday’s tickets to shoot up in price.

Sunday tickets are currently averaging $281 for the matinee, the final home game of the regular season. 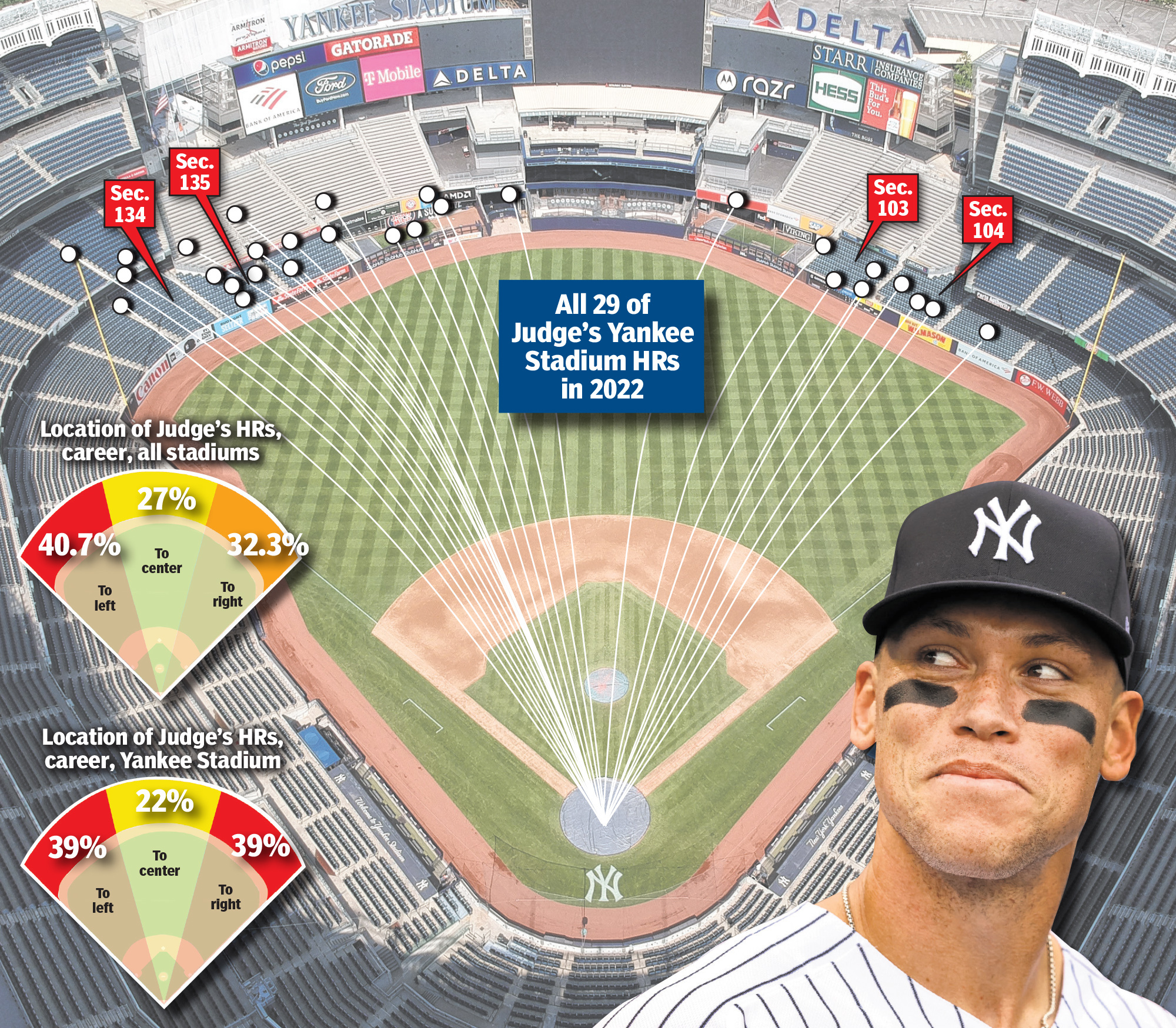 The homestand means one more shot at catching history — though as Blue Jays fans at the Rogers Centre showed, it may not be so simple.